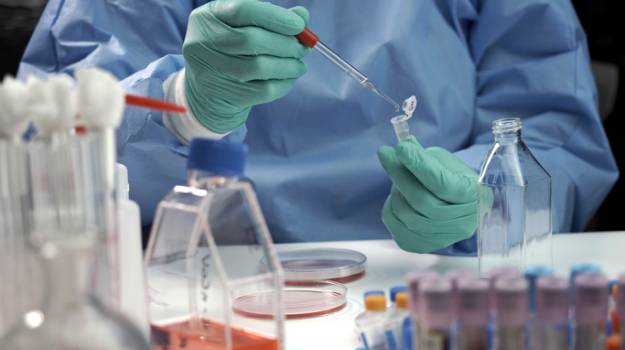 It was yet another busy week for clinical trial news. Here’s a look.

Sinovac Biotech received approval to initiate clinical trials of its Omicron-specific vaccine in Hong Kong. The company reported preclinical studies that demonstrated the inactivated vaccine was safe and effective in laboratory animals. The company collected a sample of the Omicron strain in early December and “actively promoted development and preclinical research.”

Moderna reported that its bivalent mRNA-12373.211 COVID-19 vaccine “demonstrated superiority” against Beta, Delta and Omicron variants of SARS-COV-2. It is currently in Phase III and is a combination of mRNA-1273, its original vaccine and an Omicron-specific mRNA-1273.529.

TFF Pharmaceuticals announced safety and PK data from its Phase I trial of Niclosamide Inhalation Powder for the treatment of COVID-19. No severe adverse events or dose limiting toxicities were observed. Inhaled niclosamide appears to be a potent inhibitor of SARS-CoV-2 replication.

Tonix Pharmaceuticals received clearance from the FDA for its IND for a Phase II trial of TNX-102 SL for a subset of patients with Long COVID whose symptoms overlaps with fibromyalgia. The drug is cyclobenzaprine HCl tablets for sublingual administration.

Novavax announced initial results from the Phase I/II trial of its COVID-(Influenza Combination Vaccine (CIC). It combines the company’s COVID-19 vaccine, NVX-CoV2373, and its quadrivalent influenza vaccine candidate. It was well-tolerated and immunogenic.

Novavax initiated dosing the first booster doses of NVX-CoV2373, its protein-based COVID-19 vaccine, as part of the pediatric expansion of the PREVENT-19 pivotal Phase III trial. It will test the safety and immunogenicity of a third dose of the vaccine in kids 12 to 17 years of age.

Black Diamond Therapeutics dosed the first patient in the Phase I trial of BDTX-1535 for both non-small cell lung cancer (NSCLC) and glioblastoma (GBM). The drug is a MasterKey inhibitor of EGFR.

Kinnate Biopharma dosed the first patient in its Phase I trial of KN-4802 for intrahepatic cholangiocarcinoma (ICC), urothelial carcinoma (UC), and other solid tumors. The drug is a fibroblast growth factor receptor (FGFR) inhibitor.

Lumen Bioscience reported it had completed the Phase I study of LMN-201 for C. difficile infection and received FDA clearance for a Phase II trial. LMN-201 combines four therapeutic proteins, manufactured and orally delivered in the edible microorganism spirulina, that work synergistically to neutralize the C. diff bacterium and its toxin.

BioRestorative Therapies has picked 10 of its 15 clinical sites for its Phase II trial of BRTX-100 for chronic lumbar disc disease. BRTX-100 is a formulation from autologous cultured mesenchymal stem cells collected from the patient’s bone marrow.

Evofem Biosciences announced the Journal of Sexual Medicine published data from the company’s Phase III AMPOWER trial of Phexxi (lactic acid, citric acid, and potassium bitartrate) reported improvement in or the maintenance of their sexual satisfaction. Phexxi is an on-demand method of birth control used to prevent pregnancy.

INmune Bio dosed the first patient in its Phase II trial of XPro1595 for neuroinflammation as a cause of Alzheimer’s disease. XPro1595 is a next-generation tumor necrosis factor (TNIF) inhibitor.

Trevena announced results from its crossover study of Olinvyk (oliceridine) for the management of acute pain in the elderly/overweight. The data suggest the drug may have a more favorable respiratory safety profile than IV morphine. A new chemical entity, Olinvyk contains oliceridine, an opioid.

Kadmon, recently acquired by Sanofi, presented pooled analysis from the ROCKstar and KD025-208 studies of Rezurock (belumosudil) for chronic graft-versus-host disease. The data demonstrated the drug was associated with organ clinical responses correlated with clinically meaningful changes in patient-reported outcomes.

Orasis Pharmaceuticals announced that CSF-1 hit all primary and key secondary endpoints in its Phase III clinical trials. CSF-1 is intended to treat presbyopia or age-related near vision. CSF-1 is a solution of pilocarpine hydrochloride.

Moleculin Biotech received clearance from the FDA to run a Phase I trial of WP1066 for recurrent malignant glioma. WP1066 is an Immune/Transcription Modulator designed to stimulate the immune response to tumors by inhibiting the activity of Regulatory T-cells (Tregs) while also inhibiting key oncogenic transcription factors, including pSTAT3, c-Myc, and HIF-1 alpha.

EpicentRx announced the initiation of the next stage of its Phase I BETA-PRIME trial with AdAPT-001 for advanced cancers. The therapy is a TGF-beta trap-enhanced cancer targeting adenovirus.