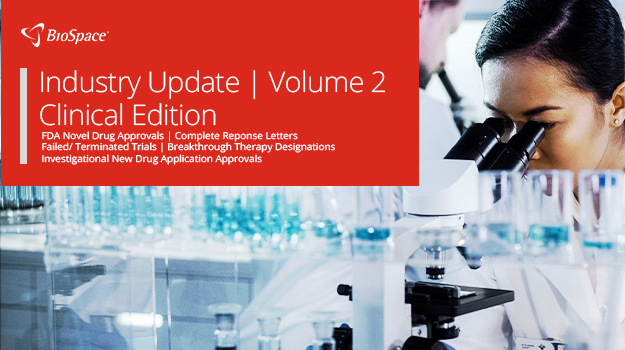 The second quarter of 2021 saw multiple biopharma companies initiate clinical programs for a range of diseases. According to data compiled by BioSpace in its 2Q2021 Clinical Report, there were more than 55 different drug candidates greenlit for clinical studies by the U.S. Food and Drug Administration (FDA), including multiple oncology assets.

While it would be impossible to highlight each potential drug, BioSpace took a look at five of the more interesting candidates.

Singapore-based Moleac was approved for a Phase I study of its investigational candidate MLC1501 for traumatic brain injury. MLC1501 is a herbal formulation initially studied for post-stroke recovery. The asset is in an ongoing Phase I study for that indication. In its clinical program, Moleac hopes to prove safety and efficacy of the drug candidate on functional neurological recovery in patients with traumatic brain injury.

Jounce Therapeutics and its partner Gilead Sciences received approval to begin a Phase I study for the anti-CCR8 antibody, JTX-1811. The asset, which will now be part of Gilead’s pipeline under the moniker GS-1811, is a monoclonal antibody that has been designed to deplete immunosuppressive tumor-infiltrating T regulatory (TITR) cells. The drug’s target is CCR8, a chemokine receptor enriched on TITR cells. When the drug asset binds to CCR8, it targets TITR cells for depletion by enhancing an antibody-dependent cellular cytotoxicity mechanism.

Maryland-based Arcellx received clearance to initiate a Phase I study in multiple myeloma. The company will assess ACLX-001, an engineered cell therapy, as a potential treatment for the disease. ACLX-001 is the first clinical application of the company’s ARC-SparX platform of controllable and adaptable cell therapies. The Phase I study is expected to begin in the second half of 2021.

Exelixis received clearance to initiate a Phase I study of XB002 in patients with advanced solid tumors. The company believes that XB002 has the potential for an improved therapeutic index compared with earlier-generation tissue factor-targeting ADCs. XB002 is an ADC composed of a human monoclonal antibody against tissue factor that is conjugated to a cytotoxic agent. Throughout preclinical development, XB002 has shown promise. Data showed that XB002 demonstrated significant tumor growth inhibition and, in some cases, complete regression in solid tumors.

Not every drug greenlit for Phase I development will make it through clinical and regulatory hurdles.  During the second quarter there were some clinical failures, as could be expected. A significant number of those were investigational treatments for COVID-19, including two Roche-backed programs. The Swiss pharma giant culled a monoclonal antibody licensed from Amgen, as well as an IL-22 inhibitor, both of which were being assessed against COVID-19-related pneumonia. Roche also terminated a Phase II study with RG7880 (efmarodocokin alfa) in COVID-19. Like the monoclonal antibody astegolimab, Roche hoped efmarodocokin alfa, which binds to IL-22, would be effective in preventing disease worsening of COVID-19-related pneumonia.

Merck also terminated a COVID-19 asset it gained in its acquisition of Oncoimmune after a meeting with the U.S. Food and Drug Administration determined the need for additional clinical studies. Since the termination of MK-7110, Merck has focused its COVID-19 related resources onto the development of molnupiravir, which it is developing in collaboration with Ridgeback Biotherapeutics.

In addition to COVID-19 assets, other terminated programs include a wet AMD drug candidate in three trials developed by Novartis, an idiopathic pulmonary fibrosis drug under development from Galapagos NV and two mid-stage studies assessing feladilimab developed by GlaxoSmithKline.

While there were some failures, the second quarter also saw some regulatory wins, with 13 different novel drug approvals from the FDA.

Those approvals include Jazz Pharmaceuticals’ new leukemia drug that has been aimed at those patients who have developed hypersensitivity to E. coli-derived asparaginase. The FDA approved Rylaze for use as a component of a chemotherapy regimen for the treatment of ALL or lymphoblastic lymphoma (LBL) in pediatric and adult patients. Rylaze is the only recombinant erwinia asparaginase manufactured product that provides a clinically meaningful level of asparaginase activity throughout the entire duration of treatment.

The second quarter also marked approval for Biogen’s controversial Alzheimer’s drug, Aduhelm. Aduhelm was approved by the FDA in June under accelerated approval. The approval was highly controversial due to an overwhelming rejection of the medication by the agency’s advisory committee. Earlier this month, the FDA approved an updated label that emphasizes the drug should only be used in patients with mild cognitive impairment or mild dementia stage of disease.  A U.S. House of Representatives committee is also planning to investigate the approval process, as well as the pricing of the drug, which has a list price of $56,000 per year.

SCYNEXIS also won approval for Brexafemme (ibrexafungerp tablets), an oral treatment for patients with vulvovaginal candidiasis, which is also known as vaginal yeast infection. Brexafemme represents the first approved drug in a novel antifungal class in more than 20 years. The company anticipates launching Brexafemme in the second half of this year.

Alkermes also won approval for its schizophrenia and bipolar I disorder drug, Lybalvi. It was approved as both a maintenance monotherapy for these indications or for the acute treatment of manic or mixed episodes as a monotherapy or an adjunct to lithium or valproate. Approval for Lybalvi faced a tough road. In December, the FDA issued a Complete Response Letter to Alkermes over the coating process of the tablets manufactured at Alkermes’ facility in Wilmington, Ohio. There were no clinical issues associated with the CRL. Alkermes resubmitted its New Drug Application in late December after addressing the manufacturing issues raised by the FDA.