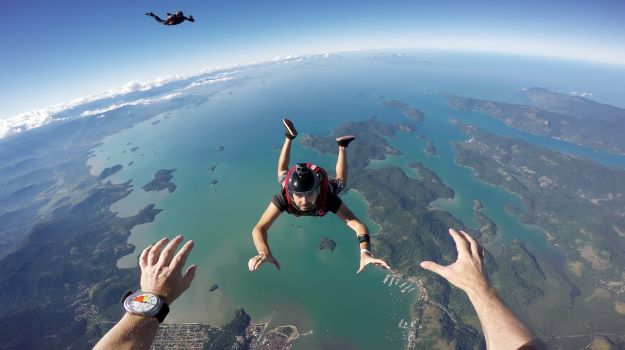 New leadership team members provide new strengths and directions to life sciences companies across the globe. These Movers & Shakers offer new guidance and perspective to their C-suite colleagues and boards.

Onxeo SA: France’s Onxeo has a new chief executive officer. Shefali Agarwal takes over the role of president and CEO from Julien Miara, who has been serving in the position in the interim since January of this year. A physician by training, Agarwal recently served as chief medical and development officer at Epizyme. She will remain an advisor to Epizyme in a consultant role while fulfilling her duties at Onxeo. Prior to joining Epizyme in 2018, Agarwal held various leadership positions across medical research, clinical development, clinical operations, and medical affairs. She served as CMO at SQZ Biotech and before that, held leadership positions at Curis and Tesaro. She has also held positions of increasing responsibility at Covidien, AVEO Oncology and Pfizer.

Sharps Compliance Corp.: W. Patrick Mulloy was named president and CEO of Texas-based Sharps Compliance. Mulloy succeeds David P. Tusa, who resigned from the role effective April 1, 2022, to pursue other endeavors. Mulloy has served as a director of the company since February 2021. Most recently, he served as CEO of Elmcroft Senior Living. In 2000, Mulloy was recruited by Morgan Stanley Capital Partners to lead their venture backed senior housing company, LifeTrust America.

PetVivo Holdings, Inc.:  Rachael Schumaker has been appointed the new business development manager for the Midwestern region of the U.S. She has served in various roles in product promotion, product distribution, technical sales, marketing, farm management software and supply chain management with companies such as Covetrus/Henry Schein Animal Health, Conservis Corporation, and Merial Limited, an entity that merged with Boehringer Ingelheim Animal Health.

eGenesis: Eliezer Katz was named chief medical officer of eGenesis. Katz is an experienced transplant surgeon who most recently was vice president of clinical development at Horizon Therapeutics following its acquisition of Viela Bio, Inc. Prior to that, Katz served as senior director of clinical development at MedImmune Inc. Before that, Katz served as the senior director of transplantation with the Medicine Development Group at Pfizer, Inc.

eFFECTOR Therapeutics: Premal Patel has resigned as CMO of eFFECTOR in order to pursue a new opportunity. Robert Sikorski, who currently serves as a clinical advisor to the company, will take on an expanded role as senior clinical development advisor while the company conducts an executive search for a new chief medical officer. Patel will serve as a consultant to eFFECTOR through Sept. 30, 2022. Sikorski is managing director of Woodside Way Ventures, a consulting and investment firm that helps biotechnology companies and investors. Prior to that, he served as the CMO of FivePrime Therapeutics. Earlier in his career, Sikorski led an early-stage clinical development group at Medimmune/AstraZeneca. Before joining Medimmune, he led late-stage clinical development and post marketing efforts for several commercial drugs and drug candidates at Amgen.

Freenome: Privately-held Freenome tapped Lance Baldo as CMO. In his role, Baldo will oversee all aspects of Freenome’s clinical development, medical and scientific affairs, and quality and regulatory teams. His initial focus will be on Freenome’s expanding capabilities beyond colorectal cancer, including launching additional clinical and real-world data studies to test the platform for multiple cancers. Most recently, Baldo served as CMO of Adaptive Biotechnologies. Previously, he held numerous roles with the Roche Group and its affiliates, including as senior vice president and head of U.S. medical affairs at Genentech.

Urovant Sciences: Sef Kurstjens was named CMO of Urovant. He will step down from his role on the company board of directors, a position he has held since 2018. Kurstjens has held positions of increasing responsibility. Prior to Urovant, he served as the CEO for Bright Peak Therapeutics, CMO for Astellas Pharma Inc., president and CEO for Agensys, Inc., CMO for Allergan Inc., senior vice president of R&D at Astellas Pharma Inc., and vice president of Clinical Development at Pfizer.

SAB Biotherapeutics: Mark J. Ratain was appointed to the company’s scientific advisory board. Ratain is a Leon O. Jacobson Professor of Medicine at The University of Chicago. He is an expert in the use of investigational agents to treat advanced solid tumors, and his specialty in the clinical pharmacology of marketed drugs.

Misson Bio: Todd Druley was named CMO of Mission. Druley joins Mission Bio from a similar role for ANGLE Biosciences as CMO. He also previously served as CMO for ArcherDX, and is a Scientific Advisor for RhoDx.

Humacyte, Inc.: Shamik J. Parikh was named CMO of N.C.-based Humacyte. He most recently served as vice president, head of Patient Safety Center for Excellence at AstraZeneca. During his 16-year tenure at AstraZeneca, Parikh also served in various roles of increasing responsibility, including as the senior and executive director and Global Clinical Lead for type 2 diabetes medicine Farxiga. Earlier in his career, Parikh led clinical development and medical affairs strategy, including the design and oversight of multinational clinical trials at GlaxoSmithKline. He began his career as a clinical investigator for the National Institute of Child Health and Human Development at the National Institutes of Health.

PepGen: Michelle Mellion was named head of clinical development. Mellion most recently served in roles of increasing responsibility, including executive medical director, at Fulcrum Therapeutics. While leading clinical development efforts at Fulcrum, she also worked as an attending physician affiliated with Tufts Medical Center. Mellion has also held leadership roles at Vertex Pharmaceuticals and Biogen, where she facilitated the preclinical translation and clinical development of treatments for pain, multiple sclerosis and other indications.

Longeveron Inc.: K. Chris Min was named CMO and will lead global clinical development and regulatory strategy. Most recently, Min served as vice president and head of Medical & Clinical Development at Enterin Inc. Prior to his role at Enterin, Min was the head of Clinical Pharmacology at Cerevel Therapeutics. Before joining Enterin, Min was the senior medical director of Neurology at BlueRock Therapeutics. Min began his industry career at Merck Research Laboratories, where he played a leadership role on teams ranging from early-stage discovery to late-stage clinical development.

MBX Biosciences: Ora Hirsch Pescovitz was appointed to the board of directors at MBX Biosciences. Pescovitz currently serves as president of Oakland University. She is a renowned academic leader, health care executive, pediatric endocrinologist and researcher. Prior to Oakland University, Pescovitz served as senior vice president and U.S. Medical Leader for Lilly Biomedicines at Eli Lilly. Before that, she was the University of Michigan’s first female executive vice president for Medical Affairs and Health System CEO.

Nautilus Biotechnology: Karen Akinsanya was appointed to the board of directors at Nautilus. She is president of R&D, Therapeutics at Schrödinger. Prior to joining Schrödinger, Akinsanya held positions of increasing responsibility at Merck Research Laboratories. Akinsanya is currently a member of the board of directors of the Imperial College Foundation, the board of trustees of The Rockefeller University, and the scientific advisory boards of Variant Bio and Thermo Fisher Scientific.

Abata Therapeutics: Abata formed its scientific advisory board chaired by Diane Mathis, cofounder of Abata. Board members include John Maraganore, Charles Cooney, and Gerald Nepom. Mathis is a professor of Immunology and holder of the Morton Grove-Rasmussen chair of immunohematology at Harvard Medical School. Mathis currently serves on the advisory boards of Rockefeller University, the Howard Hughes Medical Institute, Genentech, Pfizer, Amgen and several research institutes worldwide. Maraganore is the former founding CEO of Alnylam Pharmaceuticals. Currently, Maraganore serves as the chair of Hemab Therapeutics and as a director of Agios Pharmaceuticals, Beam Therapeutics, and Kymera Therapeutics. He is an active mentor to emerging leaders across the biotechnology industry and serves in advisory roles at Pictet, Saliogen, SQZ Biotech, Brii Biosciences, and other companies. Cooney is the Robert T. Haslam Professor Emeritus in the Massachusetts Institute of Technology Department of Chemical Engineering and Deshpande Center Faculty Director, Emeritus. He serves as a consultant to and/or director of several biotech and pharmaceutical companies, including AIM Biotech, Codiak Biosciences, GreenLight Biosciences, Boyd Technologies, Hovione, Innovent Biologics, and LayerBio. Nepom is director of Immune Tolerance Network (ITN), sponsored by the National Institutes of Health, and founder and former Director of the Benaroya Research Institute. Nepom serves as an advisor for many academic and nonprofit organizations involved in biomedical research and is past president of the Federation of Clinical Immunology Societies.