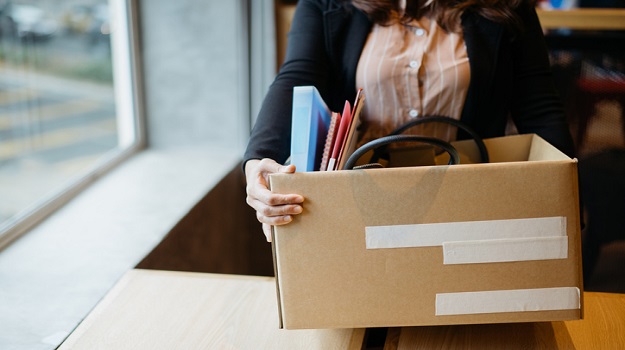 With 2022 in the books, many in the biopharma industry are looking back at the year that's passed and noticing trends that may help predict what's to come in 2023.

2022 saw myriad ups and downs in terms of the economy, and as it ebbed and flowed, so too did the job market.

Even so, many others celebrated expansions and growth throughout the year, announcing plans to open new facilities and hire additional team members to fill them.

BioSpace followed the layoff trend throughout 2022 and will continue to be your source of news for job cuts and restructuring initiatives in 2023. Follow along as we keep you up to date on which companies are tightening their belts and cutting staff in the new year.

Eisai Inc. filed a WARN notice with the state of New Jersey that stated it plans to cut 91 jobs. The job cuts will be effective on April 30.

Vyant Bio announced plans to cut its workforce in an attempt to extend its cash runway, though the announcement did not specify how many jobs would be cut. The decision is due to leadership's belief that "its stock price does not reflect the fundamental value of the business."

Medicago, a plant-based COVID-19 vaccine developer, announced it will shut its doors due to a slowdown in the COVID-19 pandemic. This follows the company's November announcement that it planned to lay off 62 employees at a North Carolina manufacturing facility.

Evelo Biosciences announced it has implemented cost-saving initiatives that include an unspecified amount of job cuts. In the same announcement, the company also stated its atopic dermatitis candidate, EDP1815, did not meet its primary endpoint in a Phase II trial.

Instil Bio plans to cut its staff to just 15 employees in an attempt to extend its cash runway through 2026. This additional reduction follows the company's December announcement that it planned to cut staff by 60%.

INOVIO announced plans to reorganize its pipeline to prioritize "operational efficiency" and cut staff by 11%. By cutting several programs, the company expects to save about $3.4 million.

Quince Therapeutics plans to reprioritize its pipeline and lay off 47% of its staff, according to an SEC filing. The new strategy follows the company's decision to sell its protease inhibitor portfolios.

Amgen is implementing organizational changes that include laying off approximately 300 team members to “better manage against industry headwinds,” a company spokesperson confirmed to BioSpace. The job cuts will mainly affect Amgen’s commercial team and will involve employees based in the U.S., the spokesperson said.

Finch Therapeutics announced it plans to discontinue the Phase III trial of its main asset, a bacterial infection drug dubbed CP101. As a result, it will cut about 95% of its workforce. Finch cited a lack of funding and partnerships to develop the drug as the reason behind the decision.

Merck KGaA's EMD Serono plans to cut 133 members of staff at its research center in Billerica, MA. This comes a few months after the biotech announced it planned to prioritize R&D and rely more heavily on its partnerships for drug development.

ReNeuron announced plans to restructure and cut staff by 40% as in an effort to stretch its cash flow until 2024. This comes two weeks after Catherine Isted resigned from her role as CEO.

Cyteir Therapeutics announced a restructuring initiative focused on prioritizing CYT-0851, an investigational monocarboxylate transporter inhibitor being studied in ovarian cancer. The shift will result in a 70% reduction in staff.

Akili Interactive Labs announced that due to the recent shift in the economic environment, it will reduce its staff immediately by approximately 30%, cutting 46 employees in total.

Verily Life Sciences, a unit of Alphabet Inc. formerly known as Google Life Sciences, plans to undergo a restructuring that includes cutting about 15% of its workforce - over 200 jobs in total.

Abzena laid off 66 employees from its San Diego, CA location, according to a WARN notice filed with the state of California.

Calithera Biosciences' board of directors has decided to dissolve the company and liquidate its assets, and most employees will be let go by the end of Q1. In 2021, Calithera bought two Phase II cancer assets from Takeda in an attempt to bounce back, but it announced in November that data from the assets had been delayed.

Editas Medicine announced it has cut 20% of staff, including Chief Scientific Officer Mark Shearman, Ph.D, in a pipeline reorganization. This follows the company's November announcement that it planned to press pause on its lead asset, EDIT-101, due to disappointing data.

Elevation Oncology has cut 30% of its staff, including CEO Shawn Leland. As part of the restructuring, Elevation has also decided to shelf seribantumab, its solid tumor therapy.

Century Therapeutics announced it plans to lay off 25% of its staff in order to extend cash flow for three candidates: CNTY-101 and CNTY-102 for B-cell malignancies and CNTY-107 for solid tumors.

Y-mAbs Therapeutics stated it will implement a restructuring plan that includes reducing its workforce by 35% by the end of May. The biotech stated it plans to prioritize Danyelza, its treatment for relapsed/refractory, high-risk neuroblastoma.

Athenex Pharma Solutions filed a WARN notice with the state of New York stating it plans to close a production facility in Clarence, NY, laying off 92 employees as a result. The company stated the decision was due to financial difficulty, though it did not specify the cause.

Axcella Therapeutics announced that in an effort to reprioritize its resources, it will prioritize its Long COVID program and slash its headcount by 85%.

TherapeuticsMD, Inc. filed a notice with the state of Florida that stated it plans to lay off its entire workforce, totaling 212 employees.

Instil Bio announced it is discontinuing the development of its unmodified tumor-infiltrating lymphocyte (TIL) therapeutic, ITIL-168, and laying off 60% of its staff.