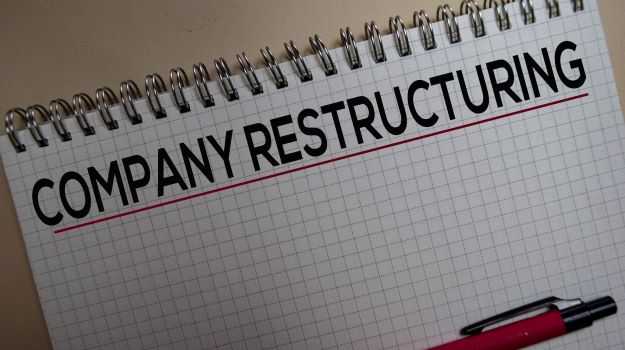 It’s not unusual for biopharma companies to end the year with a restructuring that includes job cuts. The most recent was Rigel Pharmaceuticals, which announced November 15 that it was cutting 16% of its workforce, most in early research.

Based in South San Francisco, Rigel has 195 staffers and plans to cut 31 positions by the end of the year and take a fourth-quarter charge of $3.3 million for severance pay and modifying stock options. The company said the plan will save $11 million to $15 million each year beginning in 2022. But that is only one of several announcements that started in the fourth quarter.

On November 4, Zymergen indicated it was laying off 220 staffers after it decided to restructure and kill its consumer care and electronics film programs. The plan will extend their runway until mid-2023. A portfolio review showed the company that its direct-to-consumer programs were prohibitively expensive. Programs cut will be consumer care, insect repellant ZYM0202, and Hyaline, an electronic film. It’s keeping its ZYM0101 film product it has partnered on with Sumitomo Chemical.

Ann Arbor, Mich.-based Esperion announced on October 18 it was cutting 40% of its workforce in hopes of saving $80 million. The company’s two drugs for high cholesterol for people who don’t respond to statins haven’t gained traction in the marketplace, and are facing stiff competition from Amgen, Sanofi and Regeneron, Novartis, and in the future, quite possibly Merck, who reported stunning results in an early-stage trial of its PCSK9 inhibitor this week.

On September 27, ZIOPHARM Oncology announced that it was axing 50% of its workforce, or about 60 positions, as part of a restructuring plan. It hopes to extend its cash into the beginning of 2023 with the move. They hope they will be able to use the remaining monies to advance its TCR program. It expects to initiate its Phase I/II TCR-T Library clinical trial in the first half of 2022.

Also, in September, Amarin announced a new marketing strategy for its Vascepa in the U.S. The company has about 750 sales representatives and plans to cut that number to more than 50%, to 300. It intends to focus on a more digital approach to marketing. The drug was launched in the U.S. in January 2020 to reduce cardiovascular risk when added to a statin.

In mid-September, Theravance Biopharma announced plans to cut 270 jobs after its Phase III cardiac drug, ampreloxetine, failed to meet the primary endpoint for the treatment of symptomatic neurogenic orthostatic hypotension (nOH). It is shifting its focus to its respiratory disease portfolio, with plans to cut 75% of its workforce.

Also in mid-September, Sanofi announced it was shuttering its Principia Biopharma labs in San Francisco, laying off about 36 staffers, which took effect in October. The facilities are expected to be vacated entirely by April 2022. The same month, Sanofi had announced that its Phase III PEGASUS study of rilzabrutinib for pemphigus failed the trial, missing primary and key secondary endpoints.

Clearly, September was a tough month for biopharma. Also, in mid-September, CureVac NV, based in Tubingen, Germany and Boston, reported it was cutting its external European manufacturing network for its mRNA product pipeline. The company said it was a strategic decision based on decreased short-term peak demand for vaccines, specifically its COVID-19 vaccine, CvnCoV. The company has mRNA production and formulation deals with Rentschler Biopharma and Novartis that were unaffected, but it was ending deals with Germany’s WACKER and Switzerland’s Celonic.

And finally, also in September, New York-based Acorda Therapeutics cut its staff count by 15% in hopes of saving about $20 million per year starting in 2022. The decision came after it announced a GAAP net loss of $22.9 million in the second quarter. Its net revenue was up to $6.4 million from $4.7 million, but its operating expenses also increased across several units.

A BioSpace analysis of WARN notices suggests that California is being hit hard by job cuts and restructuring this year, with cuts at a range of companies with facilities or headquarters in California, including Bristol Myers Squibb, Endo Pharmaceuticals, Mylan, Takeda Development Center America, Amgen, Gilead Sciences, Johnson & Johnson and others. California biopharma companies have reported at least 2,500 layoffs this year.