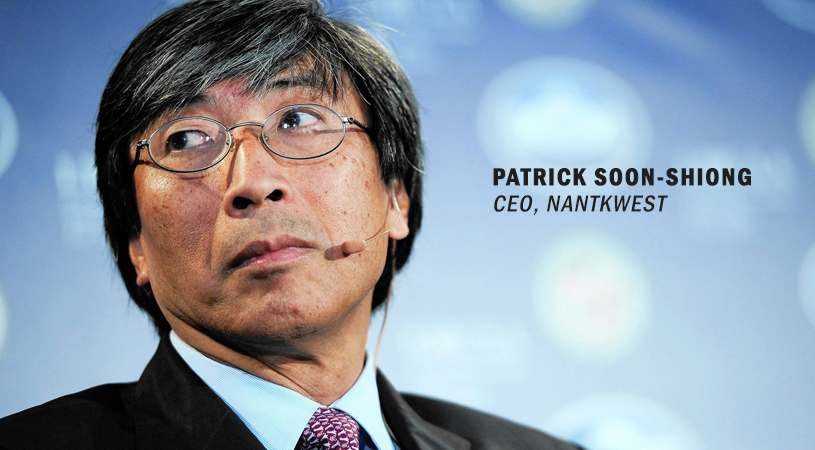 LOS ANGELES – Shares of NantHealth Inc. are down more than 24 percent after Patrick Soon-Shiong faces accusations a $12 million charitable donation he provided to the University of Utah benefitted his company far more than the university.

According to a STAT News report, Soon-Shiong, dubbed the world’s richest doctor, provided the charitable contribution, but the wording of the gift indicated that $10 million of that gift would be sent back to one of his companies to conduct the research. STAT reported that the university did receive “free and valuable information for genetics research through the deal,” but Soon-Shiong’s company got a stream of cash for his company as well as “reams of patient data to help him build a new commercial product meant to assess patients’ risk of rare and inherited diseases.” STAT said NantHealth also got an added benefit. The company was able to tell investors its test orders had grown by more than 50 percent for its GPS Cancer product. The company reported the inflated numbers during a third-quarter earnings call in November 2016, STAT reported.

“Soon-Shiong’s team counted genetic sequencing ordered by the University of Utah in those order numbers—even though the work for the university did not have anything to do with diagnosing or recommending treatments for cancer patients,” STAT said, citing a university spokesperson as well as a geneticist employed at the university.

In contrast, the University of Utah said the work it ordered from NantHeatlh was “straightforward genetic sequencing” meant to be used in preclinical research. The university’s geneticist, Deborah Wood Neklason, told STAT she could not understand how NantHealth could use the University of Utah numbers as GPS Cancer orders.

There are some tax implications that have been raised as a result of the allegations. One tax expert, Marc Owens, told Fortune that the transaction was “deliberately structured to attempt to disguise self-dealing.”

Soon-Shiong has not responded to the allegations, STAT said.

GPS Cancer is Soon-Shiong’s molecular profile analysis, which integrates whole genome sequencing, whole transcriptome (RNA) sequencing and quantitative proteomics through mass spectrometry. The NantHealth technology is being developed to provide oncologists with a comprehensive molecular profile of a patient’s cancer and an assessment of protein pathway function to inform personalized treatment strategies, according to company information.

In January 2016, Soon-Shiong organized a coalition of companies, academics, researchers and more to launch MoonShot 2020, which is focused on bringing the “promise of combined immunotherapy as the next-generation standard of cancer care” to children diagnosed with the disease.The MoonShot 2020 has a central mission to design, initiate and finish randomized clinical trials in up to 20 tumor types in cancers of all stages in 20,000 patients by the year 2020. MoonShot 2020 is made up of a coalition of companies, including Celgene , Amgen and Merck KgaA .

It hasn’t just been Soon-Shiong’s NantHealth that has seen its stock fall. NantKwest, another one of Soon-Shiong’s business ventures, is also down more than 5 percent this morning following news of the allegations. Shares hit a low of $4.14 this morning.