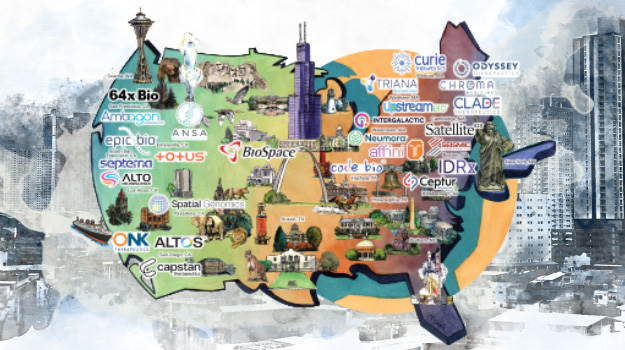 BioSpace is proud to present its NextGen Bio “Class of 2023,” a list of the hottest recently launched life sciences companies in North America.

To come up with this list, BioSpace evaluated companies that launched between September 2021 and September 2022 with Series A funding. They were then assessed using several different criteria and ranked in a cumulative fashion, based on the points awarded for each category. These categories were: finance, partnerships, pipeline, growth potential and innovation.

The NextGen Bio Class of 2023 is an impressive group of startups that are already making a significant impact on the industry now and will continue to do so into the future. Congratulations to this group of winners! 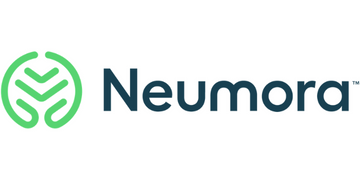 Notable: It’s no surprise that the highest Series A investment of the class went to a biotech developing precision medicines in the sizzling neuro space. A year later, Neumora netted another $112 million in Series B funding.

Differentiator: Neumora debuted with an impressive pipeline of eight clinical, preclinical and discovery stage programs stemming from internal discovery efforts and a strategic partnership with Amgen, which brought in another $100 million equity investment. 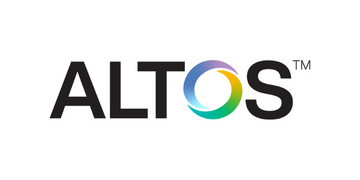 Notable: Altos debuted in January with serious gravitas – with former GSK CSO Hal Barron, M.D. at the helm and a board of directors that includes Jennifer Doudna, Ph.D. and Frances Arnold, Ph.D., both Nobel Laureates.

Differentiator: Altos will take a $270 million Series A – and a total $3 billion from investors including Jeff Bezos -  to decode and reverse the processes behind diseases of aging at the cellular level. The company is developing tech that can measure the effectiveness of any longevity or anti-aging drug in development.

It Takes a Village: Altos takes this adage seriously. The company is made up of leading scientists, clinicians and executives from academia and industry in the Bay area and Cambridge, U.K., with collaborations in place in Japan. 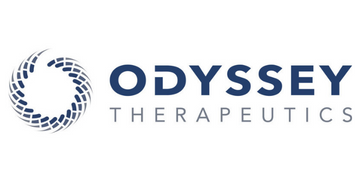 Notable: Odyssey is on a journey to discover and develop novel targets. The company has so far declared eight programs in immunology and oncology.

Differentiator: Odyssey is rapidly expanding. Just ten months after securing $218 million in Series A funds, the company closed an oversubscribed Series B worth $168 million. As of October 2022, Odyssey counted more than 160 team members. 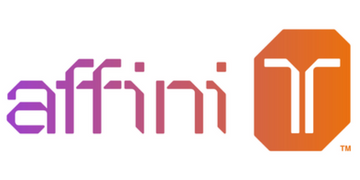 Notable: Backed by Vida Ventures and Leaps by Bayer, the cell therapy start-up made its public debut at the 2022 J.P. Morgan Healthcare Conference.

Notable: Nestled in the heart of Genetown, this OrbiMed-founded start-up officially debuted in June with $200 million in Series A financing and a clinical-stage asset targeting severe asthma acquired from Astellas.

Differentiator: Upstream’s approach focuses on the TSLP receptor. UPB-101 is a monoclonal antibody that targets the receptor for TSLP, a validated target positioned upstream of multiple signaling cascades that affect immune cells instrumental in many inflammatory diseases.

A Head Start: Astellas had already compiled preclinical and clinical data for UPB-101, including a single ascending dose in healthy human volunteers. 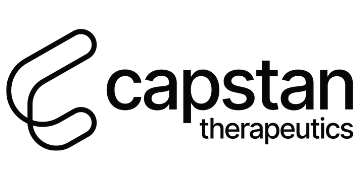 Notable: What do you get when you combine cell therapy and genetic medicine? San Diego-based Capstan Therapeutics got buy-in from investors like Novartis, Pfizer, Bayer, Eli Lilly and BMS.

Preclinical Promise: The platform has already demonstrated potential in preclinical studies against a fibrosis-related target. 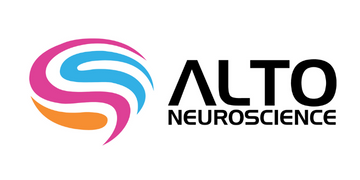 Differentiator: Alto is working to treat these neuropsychiatric diseases and more with its AI-enabled biomarker platform, which combines rich sources of information on patients’ brain activity and behavior to develop medicines for target populations.

Racking up Accolades: The company was recently selected as one of BioSpace’s 2023 Best Places to Work in Biopharma. 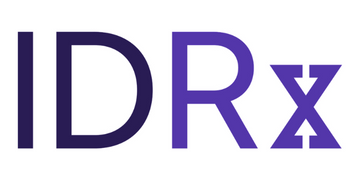 Notable: IDRx arrived in Genetown in August with $122 million and alliances with Merck KGaA and Blueprint Medicines.

Differentiator: Combinations are key for IDRx, which is developing intelligently designed combinations in the hopes of stopping cancer mutations before they start. IDRX-42, licensed from Merck, is already in Phase I trials for gastrointestinal stromal tumor.

A Solid Foundation: IDRx was incubated by Alexis Borisy. The serial biotech entrepreneur has helped launch companies like Relay Therapeutics and EQRx, which took the number two spot in BioSpace’s NextGen Bio Class of 2021. 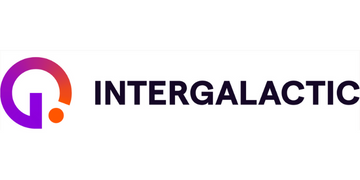 Notable: Founded in 2020 by ATP, Intergalactic scored $75 million in Series A funds to develop non-viral gene therapies in ophthalmology, hearing disorders and vaccines.

Differentiator: Part of the next generation of gene therapies, Intergalactic aims to overcome the size limitations of viral vectors with its C3DNA platform. The tech allows the company to design and deliver even the largest genes to target cells. 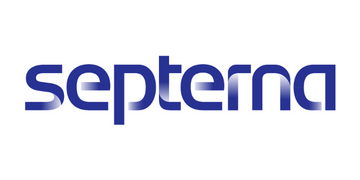 Notable: One of 2022’s earliest Series As, Septerna has since built out its leadership team with the formal appointment of Jeffrey Finer, M.D., Ph.D. as CEO and the additions of Liz Bhatt as chief operating officer and Ran Xiao as VP of finance and business operations.

Differentiator: Septerna has a very specific target: GPCR. The largest and most diverse family of cell membrane receptors, there are more than 700 approved drugs targeting GPCRs, including opioids. Septerna is leveraging its GPCR Native Complex™ platform to target new diseases previously considered untreatable. 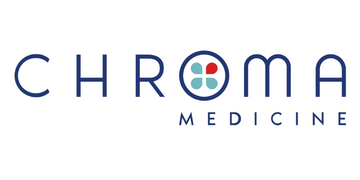 Notable: Chroma belongs to one of the hottest therapeutics spaces - epigenetic medicine. Atlas Venture and Newpath Partners seeded the company. 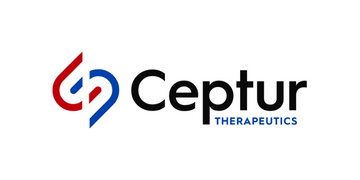 Notable: Launched in January with $75 million in Series A funding, Ceptur has support from Bristol Myers Squibb. The debut round was led by venBio Partners and Qiming Venture Partners USA.

Differentiator: Ceptur is developing targeted oligonucleotide therapeutics based on U1 Adaptor technology. U1 Adaptors are bivalent oligonucleotides that engage sequence-specific mRNA and the U1 small nuclear ribonuclear protein (U1 snRNP). These therapies control gene expression at the pre-mRNA level within the nucleus, offering the potential to regulate mRNA in a highly targeted fashion. 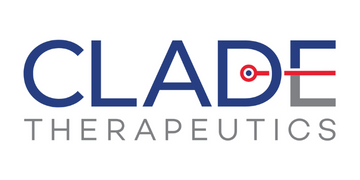 Strong Leadership: Co-founder and CEO Chad Cowan, Ph.D. also co-founded Sana Biotechnology and has had a hand in the launch of several other cell and gene therapy startups including BlueRock Therapeutics, Vesigen Therapeutics and NextGen Bio ’22 member Metagenomi. 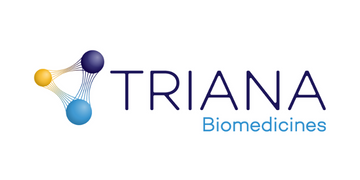 Notable: Triana Biomedicines is discovering and developing novel small molecules that form the backbone of a scalable “molecular glue.”

Differentiator: Researchers at Triana expect the platform to be able to identify over 600 preferred E3 ligases for priority disease targets. 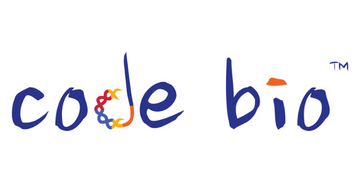 Notable: Code Bio is aiming its non-viral delivery platform at therapies for some of the most prevalent genetic diseases including Duchenne Muscular Dystrophy (DMD) and type 1 diabetes.

Differentiator: Code Bio’s 3DNA platform is made up of modular, programmable building blocks, enabling it to target cells and tissues with a high degree of specificity. The company attests the platform can enable targeted delivery of gene therapy, RNAi and other genetic medicine modalities. 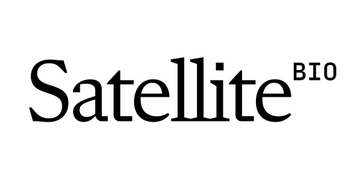 Notable: Regenerative medicine player Satellite Bio bioengineers cells into “Satellites” which can be implanted into patients. The approach is dubbed “Tissue Therapeutics”.

Differentiator: Satellites are assembled and programmed through the Satellite Adaptive Tissue (SAT) platform which serves to restore, repair or replace dysfunctional or diseased tissue. Satellite will focus its initial attention on liver cells.

Experienced Leadership: CEO Dave Lennon, Ph.D. most recently served as president of AveXis and Novartis Gene Therapies, where he led the launch of Zolgensma, a regenerative gene therapy for SMA. 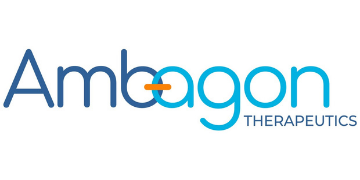 Differentiator: Ambagon is developing molecular glue stabilizers to address proteins with intrinsically disordered regions that interact with the hub protein 14-3-3.

Promising Preclinical Pipeline: Ambagon has five early discovery programs, all focused on cancer. By the second half of 2023, the company expects to field at least one developmental candidate. 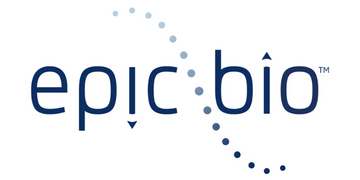 Notable: The genetic medicine company was founded by Stanley Qi, Ph.D., a well-known bioengineer and co-inventor on the CRISPR patent held by the University of California.

Key Clinical Asset(s): The biotech’s lead pre-clinical candidate, EPI-321, targets the rare muscle disorder facioscapulohumeral muscular dystrophy (FSHD), an inherited condition that primarily affects the face, scapula and the humerus region. FSHD is the second most common form of muscular dystrophy and usually presents before the age of 20. 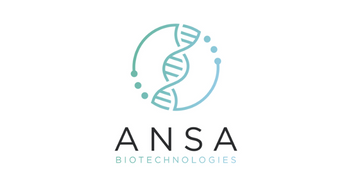 Differentiator: Ansa’s enzyme DNA synthesis platform could be a major improvement over the current industry standard, known as phosphoramidite synthesis, which uses hazardous chemicals that can lead to molecule damage or higher error rates.

A New Wrinkle on DNA Synthesis: The company’s novel enzyme-based platform has the potential to lead to faster, longer and more accurate DNA synthesis. 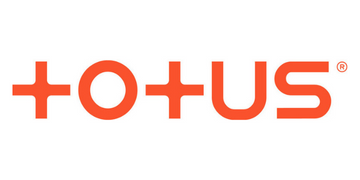 Differentiator: Totus boasts the world’s most comprehensive library of covalent chemistries which it pairs with ultra-high throughput cell-based screening and an AI/ML-powered drug design portal.

A Potential Gamechanger: The biotech’s lead experimental candidate is the pre-clinical phosphatidylinositol 3-kinase α (PI3Kα) inhibitor TOS-358. PI3Kα is a common oncogene found in a variety of tissue types. TOS-358 is designed to be a major improvement, from an efficacy standpoint, over the field of currently approved PI3Kα inhibitors. 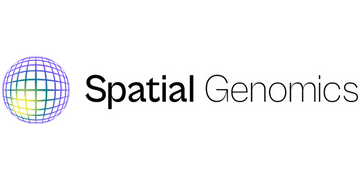 Notable: Spatial Genomics’ approach to unraveling molecular identities and locations within single cells is based on a combination of sequential fluorescence in situ hybridization (aka seqFISH) and molecular barcoding. The company’s powerful platform could prove to be a major step forward for the field of integrated spatial genomic analysis.

Differentiator: Integrated spatial genomics is a rapidly developing field that may one day lead to major breakthroughs in precision medicine, biotechnology and molecular biology.

A Key Financial Backer: As part of its Series A fund raising, Spatial scored a $40 million strategic investment from the genetic testing company Fulgent Genetics.

Differentiator: Seismic’s IMPACT™ technology has the potential to be a major step forward in the discovery and development of therapies targeting conditions arising from dysregulated adaptive immunity. 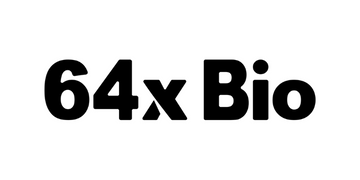 Notable: Mariana's tumor target biology, which pairs ligand modalities to target features, could be a quantum leap forward for the field of cancer-fighting radiopharmaceuticals.

A Highly Skilled Management Team: Mariana CEO Simon Read, Ph.D. was the former CSO for Ra Pharmaceuticals until the company was bought out by UCB Pharma. Read has also held leadership positions in several other notable pharmaceutical companies such as GlaxoSmithKline, AstraZeneca and Roche/Genentech. 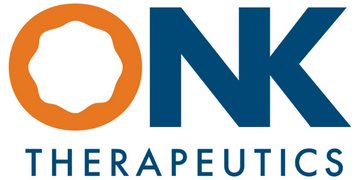 Notable: ONK is developing a portfolio of next-generation off-the-shelf cell therapies for a diverse range of both liquid and solid tumors.

Differentiator: The company’s gene-editing technology is designed to enhance the safety and efficacy of modified natural killer cells (NK) across a variety of hard-to-treat tumors.