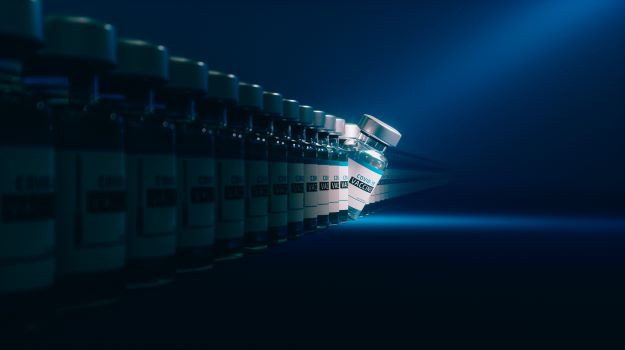 Although cautious, public health officials are beginning to think we’ve turned the corner on the pandemic as new global cases dropped 21% last week. It’s the third consecutive week new numbers and deaths have declined. For that and more COVID-19 news, continue reading.

According to the World Health Organization, new COVID-19 cases globally fell 21% in the last week, the third week in a row it has dropped. There were more than 12 million new infections last week. Deaths also dropped by about 8% to 67,000 worldwide, the first time the death rate has fallen since early January.

WHO’s Europe chief Hans Kluge, M.D., said Europe is now entering a “plausible endgame” for the pandemic. However, public health officials are cautious about declaring an end because BA.2, a subvariant of the Omicron variant, appears to be rising in some parts of the world and may be even more infectious than Omicron BA.1.

Sanofi and GlaxoSmithKline expect to submit data from the Phase III efficacy trials of their COVID-19 vaccine to regulators, as well as data on their booster shot. The vaccine is a refrigerator temperature-stable adjuvanted protein-based vaccine. The Phase III VAT08 trial data showed that two doses demonstrated 100% efficacy against severe COVID-19 and hospitalizations, 75% efficacy against moderate or severe COVID-19, and 57.95 against any symptomatic COVID-19. The data also showed that, when used as a booster after other already authorized mRNA or adenovirus vaccine, the extra shot increased neutralizing antibodies by 18- to 30-fold across vaccines and age groups and, when used as a booster after a two-shot series of itself, neutralizing antibodies increased 84- to 153-fold compared to pre-boost levels.

MIS-C Has Not Risen with Omicron Surge

Physicians expected to see an increased number of the rare but dangerous multisystem inflammatory syndrome in children (MIS-C) during the Omicron surge. But so far, they haven’t seen it. That may be because MIS-C tends to lag behind infections by a couple of weeks. Symptoms are inconsistent but may include abdominal pain, vomiting, diarrhea, rash, conjunctivitis and low blood pressure. It is most common—although still rare —after a mild or asymptomatic case of COVID-19. As of Jan. 31, 2021, the U.S. Centers for Disease Control and Prevention reported 6,851 cases of MIS-C in the United States, with 59 deaths. That’s out of more than 12.3 million COVID-19 cases in children since the beginning of the pandemic. But Omicron infected almost 4.5 million of those cases since the beginning of January.

Reinfection with Omicron Subvariant is Rare

Despite the increased infectiousness of the Omicron variants, BA.1 and BA.2, a study from Denmark suggests that being infected twice with the two variants is possible but rare. It also isn’t clear if it’s possible to be infected by both. The data suggests that people infected with the original BA.1 Omicron variant can get infected with BA.2 shortly afterward, but it’s uncommon. BA.2 currently makes up more than 88% of cases in Denmark. Cases have also started to increase in the U.K., South Africa and Norway. Reinfections are primarily in young, unvaccinated people and have only resulted in mild disease with no hospitalizations or deaths.

A study identified both Alpha and Delta SARS-CoV-2 variants in white-tailed deer in Pennsylvania. This is the first time the variants were identified in deer, although previous variants have been. It does confirm that deer appear to be a reservoir for the virus in the U.S. Samples collected from road-killed deer were far more likely to be positive, with 5 out of 13, compared to hunter-harvested, 11 of 66 and 1 in 14 for “other.”

The authors wrote, “Given that there are estimated to be 30 deer [per] square mile in PA, and over a million deer total, this suggests an enormous number of spillovers and infected deer in the state.”

A study published in PLOS Medicine evaluated the health records of 46 million adults in England between December 2020 and March 2021 to evaluate the risk of blood clots in the month after vaccination from either the AstraZeneca-Oxford shot or the Pfizer-BioNTech shot compared to people who are unvaccinated. The research was run by William Whiteley, Ph.D., of the University of Edinburgh and Britain’s BHF Data Science Centre. There was no risk of major arterial and venous thrombotic events in people 70 and older from either vaccine. The risk of intracranial venous thrombosis (ICVT) after the AstraZeneca-Oxford vaccine was almost double in people over 70, but that was equivalent to one and three cases per million. AstraZeneca noted that this data confirmed what was already known about “extremely rare blood disorders following vaccination. The risk of developing this very rare condition remains substantially higher after COVID-19.”