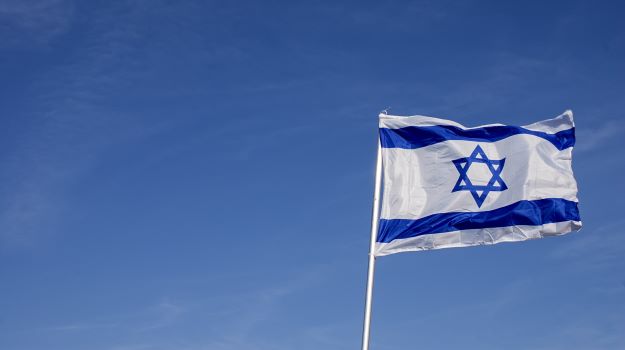 With military precision and academic ingenuity, Israel is building a thriving biotech ecosystem on the heels of a renowned high-tech industry. Much more than just the iconic Teva Pharmaceuticals, venture capitalists would do well to pay attention to the innovation stemming from this largely unmined investment opportunity.

“Everything about it is about innovation,” said Michael Rice, founding partner of LifeSci Advisors, in an interview with BioSpace. “They're just incredibly driven people.”

In Israel, all Jewish, Druze and Circassian men and women are conscripted into the army at the age of 18. These units are very specialized around technology, particularly the 8200 unit, the army's largest elite technological unit.

“From some of those units has emanated some of the most successful companies in the world,” Rice said.

Avi Veidman, CEO of Nucleai, served in the Israeli intelligence forces for 20 years. During this time, he established a department that interpreted satellite images automatically using computerized methods, artificial intelligence and computer vision. Today, Veidman is leveraging that expertise to attack cancer. 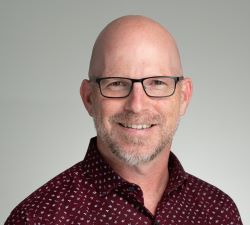 “In the last five years, instead of looking for adversaries from space, I'm looking for cancer cells on a much smaller scale on pathology slides,” he told BioSpace.

Israeli entrepreneurs retire from the Israel Defense Forces and bring their knowledge of state-of-the-art technology and aptitude for tackling challenging tasks to the start-up environment. This also gives individuals “the rigor to work in uncertain conditions,” Veidman said.

One would be correct in assuming that this high-tech expertise has translated into exciting companies in the AI/ML space such as Nucleai, Compugen, Ltd. and Immunai. But the overall industry largely mirrors the therapeutic spaces that are hot universally.

In the neurodegenerative space, you’ll find BrainStorm Cell Therapeutics, located in Tel Aviv and across the globe. In the sizzling mRNA space is Anima Biotech, co-located in Israel and New Jersey. Purple Biotech and Nuvectis Pharma operate in immuno- and precision oncology. Digital healthcare is also a primary focus.

Yochi Slonim, M.Sc., co-founder and CEO of Anima Biotech, explained the rationale for building a platform technology company in Israel. 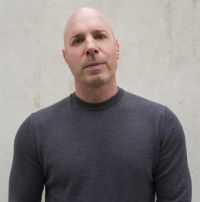 “Israel is very good in technology. Therefore, there is a much better chance of building a platform technology company like Anima rather than trying to build a company around a drug that you take to the market which benefits more from the ability to raise a lot of money,” he said. For the early phases of technological drug discovery, Israel offers “very talented people, and you can actually build a company at a lower cost.”

Biotech talent in Israel emanates from institutions such as The Weizmann Institute of Science, which is known for both biological and computer science, and Tel Aviv University.

Researchers at Tel Aviv have recently made breakthroughs in autism, schizophrenia and glioblastoma. In 2019, a team led by Tal Dvir successfully printed the world’s first 3D human heart using a patient’s own cells.

The world had a front-row seat to another of Israel’s advantages during the COVID-19 pandemic: a centralized healthcare system with high visibility into data.

Israel led the way in the global vaccination effort, immunizing 50 percent of its population by February 2021. This enabled real-world studies that helped inform the rest of the globe. 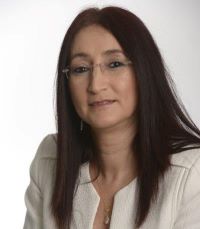 “One of the significant advantages of the healthcare system in Israel is the abundance of medical data and its accessibility,” said Dr. Anat Cohen-Dayag, president and CEO of Compugen, a clinical-stage immuno-oncology company using AI and machine learning to discover new drug targets for cancer immunotherapies.

“Every person in Israel has healthcare insurance in one of the four HMOs in the country, one of which is the second largest HMO in the world,” she said.

Additionally, medical records in Israel have been digitalized for over two decades.

“This is an unprecedented source of medical records data. When you connect data, response [and] diagnostics with digital medical records, you can generate breakthroughs. By applying AI, machine learning and other computational approaches, you can start to unlock new findings,” Cohen-Dayag continued. “That’s something in which I believe Israel can be a meaningful player.”

Israel, which declared its independence from Britain in 1948, is encountering business challenges inherent to a young country.

Compared to the U.S. biotech market, Slonim said Israel is about 20 years behind. This is because the infrastructure still doesn’t exist, he said. “You can count on one hand the funds that are investing in Israel.”

“We are very strong when it comes to innovation and the science coming out of Israel is first-class," she said.

"What we are lacking is the experience in scaling-up and late-stage drug development. One reason for this is that in Israel, we don't have an established pharma industry with the big international companies that exist in the U.S. and Europe. This is needed to build a biotech ecosystem, allowing access to talents, facilities, know-how and expertise beyond the innovation stage.”

Many Israel-based companies get funding from the government's Innovation Authority. But running clinical trials and navigating the FDA’s regulatory path is expensive, requiring multiple sources of revenue.

“One of the big challenges for Israel is just capital. There aren't that many investors in the sector that have deep pockets like other U.S. investors. When you have a validating U.S. investor, it really changes the complexion of the company,” Rice said.

While there are maybe a half-dozen Israel-located venture funds, “there's just not enough capital to drive all of this innovation,” he added. “There is so much early-stage innovation that needs capital. And that's the opportunity.”

Some young companies are already breaking through. Nucleai closed a $33 million Series B financing round in March co-led by Sanofi Ventures and Section 32, a California-based venture fund founded by Google Ventures founder, Bill Maris. Nucleai has 70 people spread out across Israel, Chicago and Boston.

Another key challenge is distance. But the COVID-19 pandemic may have partly resolved this issue.

Prior to the pandemic, Slonim spent 80 percent of his time traveling to conferences around the world to meet with partners and investors.

“COVID actually changed all that for the better,” he said. “The Israeli life sciences market was actually one of the great beneficiaries of that situation [the move to Zoom] because all of a sudden, everybody was put on a level playing field.”

Another hurdle Israel must overcome is the current lack of biotech management experience.

“In the U.S., these super successful companies generally have CEOs that have done it many times before and have raised capital many times before. They’ve dealt with some of the issues that come along in the lifecycle of a company,” Rice said. “Israel doesn't have that.”

This is where a health network called 8400 comes in. Made up of leaders from Israel’s biomedical industry, hospitals, academia, investors and government, the network's joint mission is to turn the healthtech industry into the country's next growth engine and a significant player in the global industry. 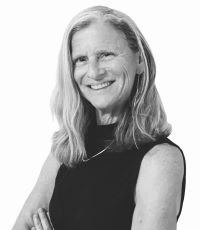 The name 8400 resonates with 8200, which CEO and Co-founder Daphna Murvitz called the foundation of Israel's high-tech “startup nation.” One of 8400’s objectives is to shift this innovation and talent infrastructure to Israel’s biotech industry as well.

“If the Israeli government and the investment community would view the healthtech industry as a real strong growth engine for Israel's economy, to tap into and to address, then we would have the processes that [led to] the Israeli high-tech and IT success in the healthtech/biotech world,” Murvitz said. At the heart of developing this growth engine is executive leadership.

A boutique mentoring program run by 8400 matches Israeli CEOs who have led funding rounds in both Israel and globally with top leaders in the Israeli biotech and healthtech sectors. These new leaders are mentored on everything from managing boards, fundraising, design-to-value, commercialization and global networking building.

The Israeli government is also highly supportive of early-stage innovation in the life sciences, “but this is not enough to build a leading industry,” Murvitz said. “The Israeli biotech and pharmaceutical sector has still a ways to go before reaching the globally renowned high-tech assets of Israel.”

Luckily, this is beginning to change.

“What we’re seeing more and more…is the merger of high-tech and the healthcare life sciences into what we call healthtech,” she said. “You see a lot of fueling and stimulating coming from high-tech into healthtech.”

The SpearHealth program, for example, was launched by 8400 and selects top tech and business talent and provides them with a solid foundation to segue from high-tech to healthtech.

These are all positive steps, but Israel still has some work to do to become a fully-fledged biotech market.

“Most of the innovation is acquired in early stages and is not being developed in Israel, and that’s where we need to make a change in order to build a sustainable and thriving biotech industry,” Cohen-Dayag said.

For Slonim, the future of the Israeli biotech market lays at the intersection of life sciences and tech and involves capitalizing on this early-stage innovation.

“I think this is the right strategy for the Israeli life sciences market, to really put the focus on the ability to innovate fast at the scope of the innovation where others don’t know how to go, don’t know where to go or don’t have the talent to go,” he said.

On the investment side, much relies on momentum.