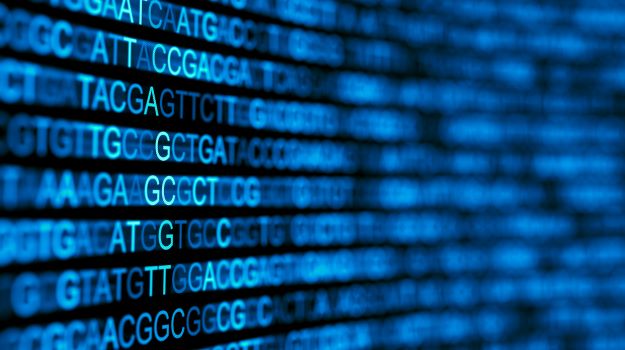 Researchers have associated gene mutations with certain neurological disorders, such as autism and schizophrenia. However, it wasn’t entirely clear how these mutations resulted in the disorders they were associated with. Now, new research has tied some of the mechanisms together. For that and more research news, continue reading.

Researchers at Tel Aviv University have worked out a mechanism shared by mutations in the ADNP and SHANK3 genes, which cause autism, schizophrenia and other conditions. They also conducted assays using an experimental drug developed in Prof. Illana Gozes’ laboratory that is effective in laboratory models for the mutations. They believe it provides encouraging results for possible treatments for a range of diseases that impair brain functions and cause autism, schizophrenia, and neurodegenerative diseases such as Alzheimer’s. The research was published in Molecular Psychiatry.

“Some cases of autism are caused by mutations in various genes,” said Gozes, who led the research. “Today we know of more than 100 genetic syndromes associated with autism, 10 of which are considered relatively common (though still extremely rare). In our lab we focus mainly on one of these, the ADNP syndrome, caused by mutations in the ADNP gene, which disrupt the function of the ADNP protein, leading to structural defects in the skeleton of neurons in the brain. In the current study, we identified a specific mechanism that causes this damage in mutations in two different genes: ADNP and SHANK3 — a gene associated with autism and schizophrenia. According to estimates, these two mutations are responsible for thousands of cases of autism around the world.”

They found that when the ADNP protein is defective, it forms neurons with faulty microtubules, which impairs brain functions. Also, ADNP mutations take different forms, which can result in varying levels of damage. In some cases, a mutation added to the protein protects it and reduces the damage. That same control site is found on SHANK3. They also found that more sites on the ADNP protein can bond with SHANK3 and similar proteins. One of the sites is located on NAP, a section of ADNP that was developed into their experimental drug, davunetide. Gozes said, “We concluded that the ability to bond with SHANK3 and other similar proteins provides some protection against the mutation’s damaging effects.”

Researchers at Linkoping University found a previously unidentified mutation in a child with epilepsy. It involved a single nucleotide in the KCNA2 gene, which produces an ion channel protein. These proteins form pores in the cell surface membrane. In epilepsy, the balance in the brain between signals that increase cell activity and signals that suppress it is disturbed, and the nerve cells send signals in an uncontrolled fashion. In the patient, the mutated ion channel would typically have a calming effect on nerve signaling. The researchers noted that mutations in ion channels that increase function and others that decrease function have been linked to epilepsy. It appears that there needs to be just the right amount of activity. In the case of this patient, because he had one mutated copy and one normal, they would have expected 50% functional ion channels. But they found the channel activity in the laboratory was as low as 20% compared to normal. The mutation seemed to decrease the function of the normal proteins.

Investigators from the University of Southampton identified “crown-like structures” surrounding breast tumors in overweight and obese patients that may inhibit their response to therapy. They believe this may eventually be used to enhance personalized treatments for patients with HER2-positive overexpressed breast cancer. The crown-like structures are formed from inflammatory immune cells called macrophages. This appears to cause an inflammatory environment in the breast, leading to the initiation and growth of new tumors. In the study, patients who were overweight or obese had significantly more of these structures in their fat tissue surrounding the tumor, which was associated with a faster shift to metastatic disease. They then identified a potential molecular biomarker, CD32B, on the surface of the macrophages in these structures. When CD32B was present in these patients, their response to trastuzumab therapy was worse.

The 21-year follow-up from the Diabetes Prevention Program Outcomes Study (DPPOS) was published in Circulation. The new findings describe the 21-year follow-up of more than 3,200 adults with prediabetes who participated in the original Diabetes Prevention Program trial. The study found that lifestyle changes or the use of metformin were effective long-term in preventing or delaying Type 2 diabetes in adults with prediabetes, but these changes didn’t appear to decrease the risk of heart attack, stroke or dying from cardiovascular disease compared to the standard care group. Almost 11% of the U.S. population has been diagnosed with Type 2 diabetes or more than 34 million people. It is caused by the body’s inability to efficiently utilize insulin manufactured in the pancreas. Adults with type 2 diabetes are twice as likely to die from cardiovascular disease than adults without T2D. People with T2D often have other risk factors, including overweight or obesity, high blood pressure or high cholesterol.

“The fact that neither a lifestyle intervention program nor metformin led to a decrease in cardiovascular disease among people with prediabetes may mean that these interventions have limited or no effectiveness in preventing cardiovascular disease, even though they are highly effective in preventing or delaying the development of Type 2 diabetes,” Dr. Ronald B. Goldberg, M.D. said, chair of the writing group for the DPPOS and a professor of medicine, biochemistry and molecular biology in the division of diabetes, endocrinology and metabolism, and senior faculty member and co-director of the Diabetes Research Institute Clinical Laboratory at the University of Miami’s Miller School of Medicine in Miami, Florida. “It’s important to note that most study participants also received treatment with cholesterol and blood pressure medications, which are known to reduce CVD risk. Therefore, the low rate of development of cardiovascular disease found overall may have been due to these medications, which would make it difficult to identify a beneficial effect of lifestyle or metformin intervention. Future research to identify higher risk subgroups is needed to develop a more targeted approach to cardiovascular disease prevention in people with prediabetes and Type 2 diabetes.”