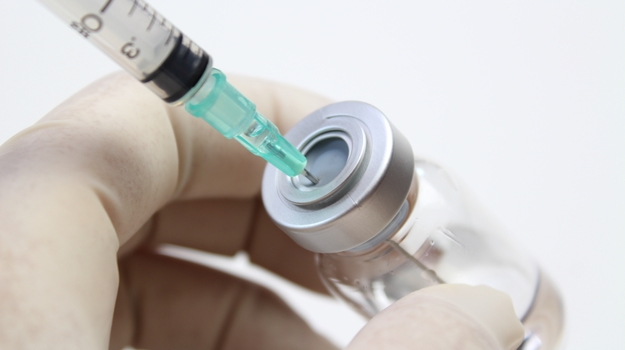 GigaGen is developing a recombinant polyclonal antibody therapy (rCIG) to treat COVID-19. First uses are envisioned as treatments for severely ill coronavirus patients and individuals at high risk of contracting the disease, including healthcare professionals.

“We are working toward an IND filing and expect to start clinical trials the first of next year,” David Johnson, Ph.D., co-founder and CEO of GigaGen, told BioSpace. That’s at least three months faster than normal, as manufacturing alone typically takes 12 months, he explained. “We’re hoping to do that in nine months by working in parallel rather than sequentially.”

GigaGen’s rCIG technology will deliver high concentrations of a comprehensive repertory of antibodies that combat the COVID-19 virus. That technology captures tens of thousands of antibodies to COVID-19 from the serum of scores of patients who have recovered from this virus. When replicated and developed into a vaccine, Dr. Johnson said the antibodies should coat the virus completely so it can’t replicate.

Current plasma-based therapies rely on steady supplies of plasma from donors. However, GigaGen’s recombinant approach (unlike plasma-based therapies) do not require steady supplies of donor plasma. Instead, GigaGen recreates complete libraries of the antibodies captured from blood from a few donors. Those libraries, then, are used to generate recombinant therapeutics that have the potential to treat millions of patients.

Because rCIG is a recombinant – rather than a plasma – therapy, the risk of contamination is lower and batch-to-batch consistency is increased, allowing controlled doses. And, because it is polyclonal, rCIG offers hundreds-fold higher potency than plasma-derived equivalents and, therefore, potentially better clinical outcomes.

“rCIG is expected to confer passive immunity,” Johnson said. “Therefore, it will be used as a therapeutic rather than as a prophylactic vaccine.”

Dosing, at this early stage of development, isn’t yet known.

“Since it will be used in an emergency setting, its likely people may receive only one to two doses,” Johnson said.

To speed development, GigaGen already has discussed the manufacturing method with the U.S. Food and Drug Administration (FDA). Further discussions will be forthcoming as they seek ways to safely expedite development.

“Science must take many paths until a solution to the pandemic emerges,” he continued. We’re hoping an active vaccine will be developed to turn the pandemic around, but both an active and therapeutic vaccine are needed.”

Between 10 and 15 percent of people do not respond to vaccines, he explained. “Some people have immune deficiencies, or are older and lack the antibodies for their bodies to launch an immune response. Vaccines will help create herd immunity,” thus conferring some protection to those without immunity.

GigaGen has developed recombinant immunoglobulin technologies for therapeutics for several years. A few years ago, it launched this platform as a way to target primary immune deficiency and infectious pathogen. The platform already has been validated in mouse models, with recombinant polyclonal antibodies targeting Zika virus, Haemophilus influenza B, Influenza A, and Hepatitis B.

“When we developed the technology, experts advised us to also think about using it for rapid responses against emerging pathogen. For the past few years we’ve tried to secure government contracts to build out a rapid response capability.”

Nothing resulted from those discussions. Now GigaGen is in talks with the National Institutes of Health to determine financing mechanisms for various approaches. In the meantime, “We’re putting our own money into the COVID-19 fight.”

Yet, for commercial scale up, GigaGen needs partners. It’s working with its long-time CMO FujiFilm Diosynth Biotechnologies, as well as with Grifols, a plasma-derived therapeutic company that exclusively funded GigaGen.

The Johns Hopkins team, led by Arturo Casadevall, M.D., is planning randomized clinical trials for patients at all stages of disease progression and for high-risk patients who have been exposed, following a March 24 FDA  guidance that facilitates the use of experimental treatments against COVID-19.