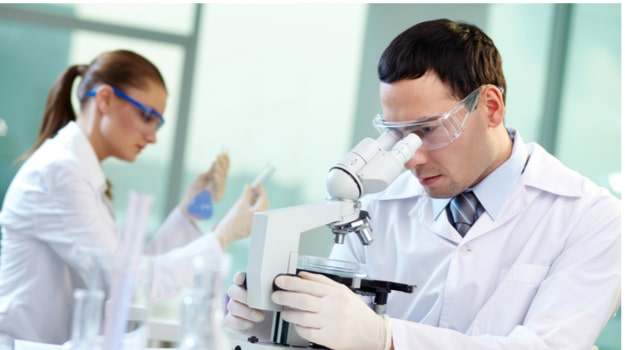 It was a relatively quiet week for clinical trial news, although it seemed to pick up a bit for COVID-19-related announcements. Here’s a look.

Celltrion Group submitted an Investigational New Drug (IND) application to run a global Phase III trial of an inhaled antibody cocktail against mild-to-moderate COVID-19. They plan to enroll 2,200 patients around the world. It is a combination of two monoclonal antibodies, regdanvimab (CT-P59) and CT-P63 and was engineered to target newly emerging mutations, including the Omicron variant.

Adamis Pharmaceuticals announced the enrollment and dosing of more than 100 participants in its ongoing Phase II/III trial of Tempol for COVID-19. The Data Safety Monitoring Board (DSMB) is set to study the clinical and safety data from the first 50 subjects as part of the first interim analysis.

Pfizer indicated it had halted the development of the intravenous variation of the drug, PF-07304814. PF-07304814 is a primary protease inhibitor of SARS-CoV-2, the same mechanism of action of one of the two drugs in Paxlovid.

SaNOtize Research & Development Corp. and Glenmark Pharmaceuticals announced results from a Phase III trial of SaNOtize’s Nitric Oxide Nasal Spray (NONS). The study hit the primary endpoint, showing a reduction in SARS-CoV-2 log viral load by more than 94% within 24 hours of treatment and by more than 99% in 48 hours. It was found to be both safe and effective and shortened the course of the disease and potentially prevents transmission of the virus.

Johnson & Johnson published the final analysis of a Phase III trial of its COVID-19 vaccine in The New England Journal of Medicine. This was the single-dose version in 39,185 participants. Of them, 8,940 had at least six months of follow-up.

Vaccine efficacy in the overall population against moderate to severe-critical COVID-19 at least 14 days after dosing was 56.3%. At least 28 days after dosing, vaccine efficacy was 52.9%. Efficacy dropped against the Gamma, Lambda and Mu variants. Efficacy against severe-critical COVID-19 was 74.6%, 75.6% against COVID-19 leading to medical intervention including hospitalization, and 82.8% against COVID-related death, with protection six months or longer. No new safety concerns were identified.

Due to the dates of the study, there was not enough data to determine the vaccine’s efficacy against the Delta variant or the Omicron variant, although effectiveness against Delta hospitalization ranged from 50% to 94%, and 52% to 82% against death during periods where Delta was common.

Novavax reported that the Phase III trial of its COVID-19 vaccine showed promising data in adolescents 12 to 17 years old. It hit an 80% overall efficacy during the PREVENT-19 trial, which was performed during the Delta surge.

Kintor Pharmaceutical dosed the first patient in China in its Phase III trial of proxalutamide for COVID-19. The drug is a nonsteroidal antiandrogen, specifically a selective high-affinity silent antagonist of the androgen receptor.

Evelo Biosciences announced results of immunological biomarker analysis from its Phase II trial of EDP1815 in mild and moderate psoriasis. It found reductions in the release of cytokines compared to placebo. EDP1815 is an oral drug containing a non-live pharmaceutical preparation of a strain of Prevotella histicola.

Brains Bioceutical Corp and the Icahn School of Medicine at Mount Sinai in New York initiated a PK clinical trial of EU-GMP grade CBD API. The early data will be leveraged for potential future clinical trials in opioid addiction and related disorders.

CureVac dosed the first patient in a Phase I trial of its seasonal influenza second-generation mRNA vaccine candidate, CVSQIV, which it developed with GlaxoSmithKline. The vaccine features multiple non-chemically modified mRNA constructs to induce immune responses.

SCYNEXIS announced positive data from its Phase III CANDLE trial of oral ibrexafungerp for the prevention of recurrent vulvovaginal candidiasis, or vaginal yeast infection. It expects to submit data to the FDA in the first half of this year. The drug is an oral fungicidal agent.

Oxurion presented data from Part A of its two-part Phase II KALAHARI trial of THR-149 for diabetic macular edema. The drug is a potent plasma kallikrein inhibitor.