COVID Update: Revisiting the Lab-Leak Theory and Under 5 Vaccination 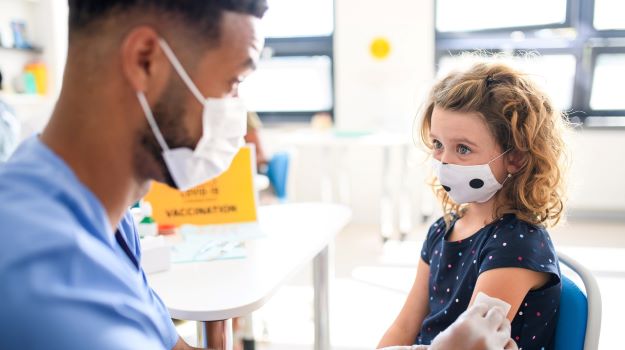 It’s uncertain if we will ever determine the origins of COVID-19. The current top theories split about evenly between a lab leak from the Wuhan Institute of Virology and a natural evolution from bats to animals to humans at a Wuhan “wet market.” For that and more COVID-19 news, continue reading.

The lab-leak theory for the origin of COVID-19 is that the virus was being studied—or developed—at the Wuhan Institute of Virology and it was accidentally—or for some conspiracy theorists, intentionally—released. At the center of this theory is Dr. Shi Zhengli, a WIV researcher specializing in coronaviruses that live in bats. Over the last 18 years, Shi and her team have collected more than 20,000 samples from bat colonies across the country. This is how she earned the nickname “China’s Bat Woman.”

When a World Health Organization team visited WIV to investigate the pandemic’s origins, their controversial conclusions stated it was “extremely unlikely” that COVID-19 came from a lab accident. Their most likely scenario is the virus had jumped from bats to another animal to humans, probably at a Wuhan “wet market” where wild animals are sold. Many researchers also support that theory, in part because that’s how most major epidemics have started in the last several decades, including SARS and MERS.

Yet to date, the actual “guilty animal” has been a “missing link” in the investigation. And it’s possible that one will never be found, given the nature of these types of studies and China’s efforts to block international investigations at WIV.

Jane Qiu, a freelance science writer based in Beijing, published an overview of her efforts to investigate the lab-leak theory, including multiple visits to WIV and interviews with Shi and her team and the WHO investigators. The article is published in Technology Review.

Although 20,000 samples seem enormous, Shi indicated that only about 10% on average contain coronaviruses, and only 10% of those are closely related to SARS-CoV-1, the virus that caused SARS. She indicated that, in 18 years, her team has only identified about 220 of those viruses. Very few are closely related to SARS-CoV-2, the virus that causes COVID-19, although a single one is 96% identical. It is dubbed RaTG13. It also appears to be associated—but not proven to be the cause—with an outbreak of a COVID-19-like respiratory illness in April 2012 in six people who had been cleaning bat guano from an abandoned copper mine.

Is there evidence that COVID-19 originated from WIV and somehow escaped? It’s all circumstantial and roughly equivalent, in terms of the amount of solid data, to the “wet market” theory. At least so far.

Johnson & Johnson published the final analysis of a Phase III trial of its COVID-19 vaccine in The New England Journal of Medicine. This was the single-dose version in 39,185 participants. Of them, 8,940 had at least six months of follow-up. Vaccine efficacy in the overall population against moderate to severe-critical COVID-19 at least 14 days after dosing was 56.3%. At least 28 days after dosing, vaccine efficacy was 52.9%. Efficacy dropped against the Gamma, Lambda and Mu variants. Efficacy against severe-critical COVID-19 was 74.6%, 75.6% against COVID-19 leading to medical intervention including hospitalization, and 82.8% against COVID-related death, with protection six months or longer. No new safety concerns were identified. Due to the dates of the study, there was not enough data to determine the vaccine’s efficacy against the Delta variant or the Omicron variant. However, effectiveness against Delta hospitalization ranged from 50% to 94%, and 52% to 82% against death during periods where Delta was common.

Ahead of February 15 Advisory Committee Meeting, Questions About Vaccines for Children Under 5

The FDA’s Vaccines and Related Biological Products Advisory Committee is scheduled to meet on February 15 to discuss an amended Emergency Use Authorization for the Pfizer-BioNTech COVID-19 vaccine for children 6 months through 4 years of age. Pfizer and BioNTech submitted the EUA request on February 2 in a somewhat unprecedented move where the agency placed the request for Pfizer to initiate a rolling submission. The vaccine has received full approval for its two-dose regimen in adults, and a third-dose booster in people 12 years and older. It also has EUA for the vaccine in children 5 and older.

A spokesperson for the FDA recently stated that the publicly available data doesn’t include data the agency has seen supporting the three-dose option. According to the U.S. Centers for Disease Control and Prevention, uptake of the vaccines in eligible children is pretty low in the U.S. Slightly over 20% of children 5 to 11 years old are vaccinated, while 55% of kids 12 to 17 are vaccinated.

If the FDA and CDC authorize a two-dose regimen for ages 6 months to 5 years, CDC Director Dr. Rochelle Walensky said a third dose could be added after a specified period for the ages that need it.

More data is coming out bolstering the argument that previous COVID-19 infections protect against the Omicron variant. A new study published in The New England Journal of Medicine, based on data from Qatar since the beginning of the pandemic, found that previous infection was 56% effective at preventing reinfection with Omicron, compared to about 86% with other variants, including 92% against Delta. On the positive side, previous infection did seem to protect against severe, critical or fatal Omicron infection by 88%.

COVID-19 Increases Risk of Heart Problems a Year After Infection

A Scripps Research study of more than 11 million U.S. veterans’ health records found that COVID-19 infection significantly increased the risk of 20 different heart and vessel diseases compared to people who didn’t have COVID. This included heart attacks, arrhythmias, strokes, cardiac arrest and others. Even people who were never hospitalized with COVID had more cardiovascular diseases than people who were not infected.

The results are “stunning … worse than I expected, for sure,” said Dr. Eric Topol, a cardiologist at Scripps. “All of these are very serious disorders. … If anybody ever thought that Covid was like the flu, this should be one of the most powerful data sets to point out it’s not.” He added that this study “may be the most impressive Long Covid paper we have seen to date.”

Vir Biotechnology announced that preclinical data showed that sotrovimab, a monoclonal antibody it developed with GlaxoSmithKline and has EUA in the U.S., has neutralizing activity against the BA.2 subvariant of Omicron. This was based on pseudovirus data, but it’s a positive sign, because Omicron has been shown to evade some antibody treatments, as well as partially elude vaccine immunity.

“We are therefore pleased to share that, based on our pseudovirus and extensive pharmacokinetic data, we believe that the 500mg dose of sotrovimab is sufficient to retain activity against the BA.2 variant, just as it has against all other variants of concern and interest,” said George Scangos, Ph.D., Vir’s chief executive officer.