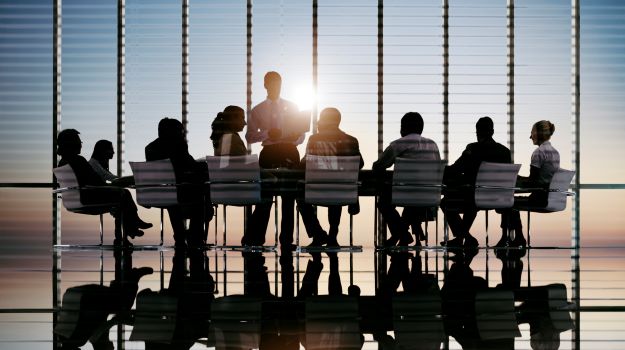 Biopharma and life sciences companies tap new blood to bolster their leadership teams and boards. This week's Movers & Shakers includes a number of chief business officers and business development leaders alongside those tapped for scientific roles.

ADC Therapeutics: Industry veteran David Gilman was appointed to the new role of chief business and strategy officer. He begins his new role on July 1. At Novartis, he was the global head of portfolio strategy and business development for Novartis Oncology from 2018 to 2019. He joins ADC Therapeutics from ClearView Healthcare Partners, a global strategy and consulting firm. Before ClearView and Novartis, Gilman spent 17 years at The Frankel Group/Huron Consulting Group, where he focused on facilitating numerous significant pharmaceutical partnerships for his clients.

Scorpion Biological Services: Stephan Kutzer was named interim CEO of Scorpion Biological Services. Kutzer currently serves on Scorpion's advisory board. He previously served as president and CEO of Alcami Corporation, a leading provider of development, analytical testing and manufacturing services to the pharmaceutical and biotech industries. Prior to this, he served as president, Divisional CEO and COO of the Pharma Biotech & Customer Manufacturing division of Lonza Group AG. He also served as a member of the Executive Management Board of Lonza Group AG; president of Lonza Biologics Inc.

City of Hope: Philip Okala, the former COO of the University of Pennsylvania Health System, joins CoH as system president. Okala will be responsible for City of Hope's portfolio of clinical care and research entities, which include City of Hope Los Angeles, City of Hope Orange County, Translational Genomics Research Institute (TGen), Beckman Research Institute of City of Hope and the recently acquired Cancer Treatment Centers of America. Okala joins the City of Hope after serving for the past five years as COO at the University of Pennsylvania Health System. Prior to this role, Okala served for five years as senior vice president for business development at Penn Medicine, overseeing strategy and business development initiatives. He has previously held leadership roles at the Geisinger Health System, Roswell Park Cancer Institute, MD Anderson Cancer Center and the Michael E. DeBakey VA Medical Center.

Onconova Therapeutics: Mark Guerin was named COO. He will hold that position alongside his current role as chief financial officer. Guerin has worked in numerous roles at Onconova since he joined the company in 2013. He has served as CFO since 2016. Prior to Onconova, Guerin served as vice president of finance and CFO of Cardiokine, Inc. Before that, he was director of financial reporting and internal controls at Barrier Therapeutics, Inc. Additionally, Makovski Silverstein was named senior director and head of corporate development. Silverstein joined Onconova in 2021 from Amgen, where she worked as a senior licensing associate for business development in external R&D. Before Amgen, she interned as a member of the research program management team at Regeneron. Avi Oler, senior vice president of corporate development and general counsel, has left the company to pursue another opportunity outside the biotechnology sector.

Lumicell, Inc.: Brent Palmisano was named chief commercial officer, and Lauren Cohen was named vice president of marketing and communications. Palmisano served as senior vice president of global commercial operations for Dysis Medical, and before that, he spent 15 years at Boston Scientific in various sales and marketing leadership roles and oversaw the commercial development of more than 25 devices. Before joining Lumicell, Cohen spent over 17 years at Boston Scientific in roles of increasing responsibility, most recently serving as director of global digital marketing. Earlier in her career, she held marketing positions at Endius, Odin Medical Technologies and ESC/Sharplan Lasers.

NorthX Biologics: Lotta Ljungqvist, Richard Bergström, Mathias Uhlén and Lars Backsell were appointed to its board of directors. Bergström was appointed Sweden's vaccine coordinator during the Covid-19 epidemic. Before this, he was director general of the European Federation of Pharmaceutical Industries and Associations (EFPIA) and served nine years as the Director General of LIF, the Swedish Association of the Pharmaceutical Industry. Ljungqvist held the position of president and CEO of GE for the Nordic Region and from 2017 to April 2022, CEO of Cytiva's Testa Center for BioProcess Innovation. Ljungqvist has been global head of R&D BioProcess at GE Healthcare Life Sciences. Uhlén is a serial entrepreneur and professor in microbiology at the Royal Institute of Technology. Backsell, co-founded and built Recipharm. He held the role of CEO from 1995 to 2007 and served as the board's chairman from 2008 to 2021. He has also held senior executive positions at Coloplast AB and Pharmacia AB.

Anjarium Biosciences: Stephen Yoo was appointed CEO of Switzerland-based Anjarium. He most recently worked as chief medical officer and head of R&D at Third Harmonic Bio. Before that, he was the first CMO of Regenxbio, and prior to that, he held multiple roles in clinical development at MedImmune/AstraZeneca and Abbott Labs within the autoimmunity and inflammation group.

Clearside Biomedical: Susan Coultas was named chief clinical officer. Most recently, she served as SVP of clinical development at Kala Pharmaceuticals and has worked with multiple ophthalmic companies, both internally and as a consultant, including Alcon Laboratories, Inc., CibaVision Ophthalmics, Sucampo Pharmaceuticals, and Bausch+Lomb, Inc.

AnaBios: Blake Anson was named vice president of business development. Anson joins AnaBios from Stemonix (now part of Vyant Bio), where he was VP of scientific affairs and partnering.

Hepion Pharmaceuticals: Launa J. Aspeslet was named chief operating officer. She was most recently the CEO of Translational Research in Oncology and was previously a biotechnology consultant where she planned. For 17 years, she held positions of increasing responsibility and leadership at Isotechnika Pharma Inc., serving as its COO.

Bodyport: John Lipman was named CEO of Bodysport, a biomarker-guided digital therapeutics company. Most recently, Lipman was the president of North America for Quanta Dialysis Technologies. Prior to his time at Quanta, Lipman was CCO at NightBalance. He was also VP of marketing and sales at ApniCure. Lipman has also held positions at FoxHollow Technologies and two Johnson & Johnson subsidiaries, LifeScan and Scios. Co-founder Corey Centen will continue as President and serve as the company's chief technology officer.

Marengo Therapeutics: Svetlana Makhni was named CFO. She previously served as CFO at Escient Pharmaceuticals, and before that, she was CFO and head of operations at Bierman ABA. Before joining Bierman, she worked for nearly a decade in healthcare investment banking at several top financial institutions, including BMO Capital Markets, Goldman Sachs, Westbrook Partners and the Blackstone Group.

BIO: Mike Huckman has been has been appointed to the Biotechnology Innovation Organization (BIO) Board of Directors. Huckman serves as the global practice leader for executive communications at Real Chemistry. Prior to his time at Real Chemistry, Huckman was a decorated journalist who worked at CNBC for a decade as the first-ever correspondent at the global business news network, specializing in coverage of the pharmaceutical, biotech and medical device sectors.

Deciphera Pharmaceuticals: Kelley Dealhoy was named SVP and CBO. She joins Deciphera from Novartis, where she spent 10 years and most recently served as the vice president of business development for the oncology Division. Before Novartis, Dealhoy was a life science leader in Deloitte's Financial Advisory practice. She has also held leadership roles in business development and R&D at Merck and Eli Lilly.

Aerami Therapeutics, Inc.: Lisa Yañez was named COO. Prior to joining the leadership team at Aerami, Yañez held executive positions at Acceleron Pharma, where she served as vice president of global strategic marketing, and United Therapeutics, where she was vice president of marketing, analytics, and training. Before United Therapeutics, Yañez held leadership roles in commercial and development at multiple companies, including Merck, GSK, Allergan, Genentech, and Grifols.