Biopharma Takes a Decisive Position on the Russia-Ukraine Conflict 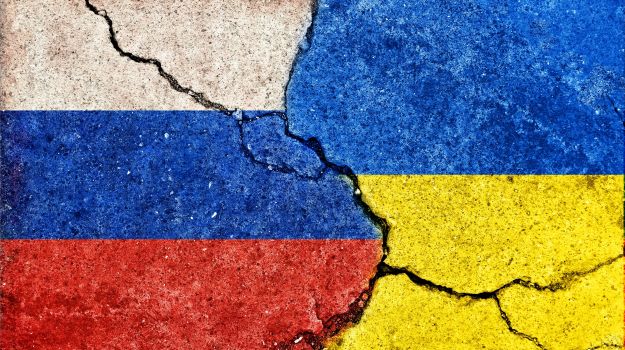 In normal circumstances, corporate entities tend to stay out of politics. Particularly in conflicts happening halfway around the world, companies are inclined to remain silent, hoping not to bother anybody by compromising their neutrality. These, it seems, are not normal circumstances.

On Sunday, Boehringer Ingelheim tweeted a message of support for Ukraine, and announced it was standing in solidarity with the embattled Eastern-European country.

“We condemn the military aggression against Ukraine. We will contribute EUR 2.5 million to humanitarian relief funds for Ukraine and do everything we can to help our impacted colleagues, their families and communities,” the German biopharmaceutical company said in the tweet.

In a statement provided to BioSpace by Sanofi, the global multinational stated, "Sanofi expresses profound concerns about the tragic news coming from the war in Ukraine and condemns the use of force and the outbreak of any type of armed conflict."

"Ensuring the safety and security of our colleagues in Ukraine and abroad remains our utmost priority," continued the spokesperson, speaking on behalf of Sanofi. "As of today, we can confirm that all collaborators in Ukraine are safe and sound. Second [Sanofi] is doing our best to ensure that medicines and vaccines, as well as humanitarian aid, can be supplied to those who need them."

The statement went on to say that Sanofi has several trials currently operating in the regions, and that the company has activated business continuity plans in order to serve patients and healthcare providers as much as possible.

On Monday, a group of around 400 CEOs was represented in a conversation with Yahoo Finance Live by Jeremy Levin, the chief executive of Ovid Therapeutics. Regarding the biopharma industry, Levin spoke to the situation surrounding clinical trials. There are currently more than 250 drugs and medical devices being tested in Ukraine.

One biotech company with a lot to potentially lose is Karuna Therapeutics, which has already spoken out about a Phase III trial it is concerned will be impacted. The trial is being conducted in the United States and Ukraine. Karuna anticipates that a top-line data readout of its EMERGENT-3 study of KarXT for schizophrenia will be disrupted.

Jefferies analyst Chris Howerton noted that other smaller biotechs such as Intra-Cellular Therapies, TG Therapeutics, Veru, Inc. and Applied Molecular Transport have at least some exposure.

Veru recently launched a Phase III trial assessing enobosarm, a novel non-masculinizing hormone, in second-line breast cancer. While approximately one-third of its non-U.S. trial sites were reportedly expected to be in Ukraine, the company has been able to pivot.

"For Veru, Ukraine is an important location for excellent international clinical sites to enroll patients with advanced cancers," Veru told BioSpace in an e-mail. "Currently, however, we will not be impacted as we have not opened up any clinical sites for our current enrolling trials yet. Therefore, we will focus our efforts on initiating other international clinical trial sites."

“We have just huge respect for the courage and resolve of the people of Ukraine, our people and the people beyond that, and want to do everything we can to help,’ Walmsley said in a statement. She added that the company was also helping its 400 employees on the ground in Ukraine, along with making contributions to humanitarian organizations like Save the Children and the Red Cross.

Larger multinationals with a presence in Russia and Ukraine include Biogen, Incyte and Eli Lilly. Biogen reportedly has several Phase III studies running in Russia, including one for Alzheimer's drug lecanemab, which lists a location in Moscow.

Today, the biopharmaceutical industry is very much a global business, and it is very clear that the current crisis in Eastern Europe is happening to the U.S., U.K, Germany and the world. It is happening to global clinical trials and employees working for the betterment of humanity.