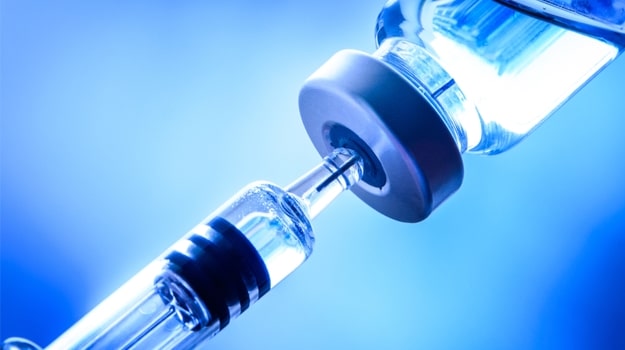 Moderna released interim data from the expansion cohort of its ongoing Phase I trial of its mRNA personalized cancer vaccine, mRNA-4157. The product is being tested in combination with Merck’s checkpoint inhibitor Keytruda (pembrolizumab). They presented the data at The Society for Immunotherapy of Cancer’s Annual Meetings (SITC 2020).

The cohort included 10 patients with HPV(-) Head and Neck Squamous Cell Carcinoma (HNSCC) and 17 with Micro-Satellite Stable Colorectal Cancer (MSS-CRC). They found that, in the data obtained so far, the vaccine with Keytruda was well tolerated at all doses and appeared to shrink tumor size based on RECIST 1.1 criteria in the HPV(-) HNSCC patients. No responses were seen in the MSS-CRC group.

“We are encouraged by these interim data from our personalized cancer vaccine program, which involves designing and manufacturing a unique vaccine for each patient based on their specific tumor,” said Stephen Hoge, president of Moderna. “This study demonstrates the ability of Moderna’s mRNA personalized cancer vaccine to elicit clinical activity when given in combination with pembrolizumab.”

How mRNA-4157 works is once a patient’s tumor is sequenced, Moderna leverages a proprietary algorithm to predict the neoantigens, which is to say, molecules coded by specific tumor-mutated genes, that will most likely stimulate the immune system to attack a particular cancer. Then, the mRNA can encode up to 34 unique neoantigens that can be inserted into a single vaccine. The vaccine is injected and the cells churn out the neoantigens, causing the immune system to focus on the cancer cells.

In the data released so far, median progression-free survival (mPFS) was 9.8 months with the drug combination, which compared favorably to the published overall response rate (ORR) and mPFS of 14.6% and 2.0 months, respectively, for Keytruda alone. The data, when including four patients with stable disease, demonstrated a Disease Control Rate (DCR) of 90%. Median duration of response hasn’t been hit yet. The HPV(-) HNSCC cohort is still recruiting patients and Moderna has decided expand the size of the current cohort based on the data.

“I would also like to welcome Dr. Aanur to Moderna and look forward to working closely with him to continue building our oncology therapeutic area,” Hoge said.

The clinical trial data was presented by Julie E. Bauman, deputy director of the University of Arizona Cancer Center and a professor of medicine and chief of the Division of Hematology and Oncology at the UArizona College of Medicine – Tucson. Bauman noted that the preliminary response rate of 50% was significant when compared to patients in clinical trials that received Keytruda alone without the vaccine. In these studies, the response rate was about 15%.

“The data are preliminary and the sample size is small, but it is promising,” Bauman said. “A Phase I trial is about safety first and foremost, and we now know this treatment is safe and tolerable. But, we also have a strong signal to point us to further study this in head and neck cancer. That is why we are excited to expand this trial.”