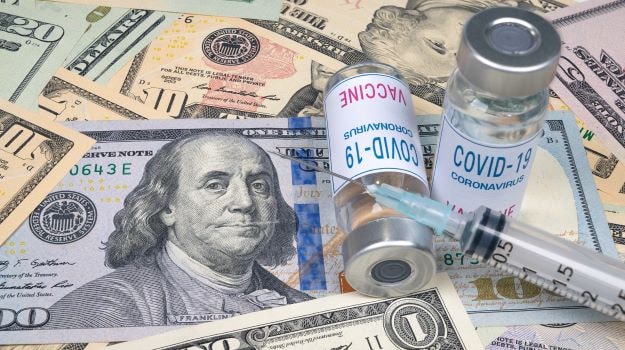 It seems almost ludicrous to consider if the biopharma industry has been hurt by the COVID-19 pandemic.

After all, Pfizer reported 82% operational growth for the first quarter, mostly based on the COVID-19 vaccine it developed with Germany’s BioNTech and its antiviral drug Paxlovid. Pfizer is projecting revenues for the year of $98.0 to $102.0 billion, with $32 billion of it coming from the vaccine and $22 million from Paxlovid. And Moderna probably wouldn’t even have a product on the market if it weren’t for its COVID-19 vaccine. For the first quarter, it reported $6.1 billion in revenue.

But those gains were not across-the-board for the industry. It was noted by the European Pharmaceutical Review how disruptive the first year of the pandemic was to ongoing clinical trials. There was also a drop in pharmaceutical retail activities due to fewer walk-ins and non-urgent medical procedures. However, there was a big surge in demand for personal protective equipment (PPE) and over-the-counter (OTC) medications, in addition to some panic-buying.

Spanish company Grifols, which collects blood plasma to make hematology drugs, reported shares were up 7.3% Friday. The company lost about 50% of its market value since the beginning of the COVID-19 pandemic because collections centers around the world were closed. Net profits dropped 70% in 2021. But now plasma collections for the first quarter grew 16% from the same period a year ago and 9% from the last quarter.

“The primary engines of growth were recent openings and recently-acquired plasma centers; larger plasma volumes from regular centers; and the achievement of greater efficiencies,” the company said in a statement.

Although 2020 was a tough year for the industry — and most other industries as well — it appeared to rebound significantly in mid-2021. According to GlobalData, in the first quarter of 2021, activity levels in the pharma sector were 14.6% higher than at the end of 2019 just before the start of the pandemic. Pharma stocks typically underperformed in 2019, but by March 2021 were 25.8% higher than their starting point in October 2019. However, biotech stocks are generally getting hammered this year, although to be fair, the entire stock market is down.

As Investors Business Daily noted in February, “After a red-hot 2020 that included triple- and quadruple-digit runs for previously unknown biotech stocks, the formerly red-hot segment is now struggling. In fact, the biotech sector is now entering its second year of vast underperformance. After collapsing 25% in 2021, biotech stocks were down nearly 20% after the first month of 2022.”

But given that companies like Pfizer and Moderna now have enormous sums of cash, it might mean an increase in merger and acquisition activity.

Yaniv Sneor, the founder of the angel investor group Mid Atlantic Bio Angels, told Investors Business Daily in February, “Even though biotech is the one (segment) that has been getting us out of this pandemic, biotech has been out of favor. Things are cyclical. So, maybe it’s out of favor now but things will come back. And I think it will come back with a roar.”

Initial public offerings (IPOs) have been slow so far this year. In the first quarter, there were only nine IPOs compared to 33 in 2021. Even the amounts raised were lower, from an average of $146 million last year to $83 million this year.

Global inflation is undoubtedly a factor, as well as this year’s issues with the supply chain. Inflation is a likely factor for biopharma companies that have downgraded their projections for the year. But those downgrades weren’t across the board by any means.

Teva Pharmaceutical Industries reported its first-quarter 2022 financial results, with revenues for the quarter of $3.7 billion. This was a drop of 8%, largely due to decreased sales in North America for its generic drugs and its own multiple sclerosis therapeutic, Copaxone. European revenue dropped 5% to $1.16 billion, even though Ajovy sales doubled to $30 million.

However, Eli Lilly had a good first quarter, with revenue growth rising 15% driven in particular by sales of its diabetes drug Trulicity and its COVID-19 antibodies. The company optimistically revised its 2022 guidance by about $1 billion, from a previous estimate of $27.8 to $28.3 billion to an expected $28.8 to $29.3 billion.

GlaxoSmithKline exceeded expectations for its first-quarter sales and earnings forecasts. This was largely due to sales of Xevudy, an antibody treatment against COVID-19 it developed with Vir Biotechnology, and its Shingrix vaccine against shingles.

CEO Emma Walmsley expressed optimism moving forward, saying, “We’re seeing definite underlying demand return,” after seeing demand slow during the pandemic for adult immunizations in general. GSK has not included Xevudy and other COVID-19-related products in its guidance for 2022. It projects underlying revenue growth of 5-7% and underlying operating profit to grow 12-14% for 2022.

COVID-19 is not the only factor affecting biopharma companies. There is still an aging population requiring more medications, inflation is high around the world, there are still supply chain issues, and governments and payers are still pushing back on drug prices. However, it appears that many biopharma executives are optimistic as we move out of the height of the pandemic.