Increased Development of Non-Opioid Pain Treatments is Expected to Continue 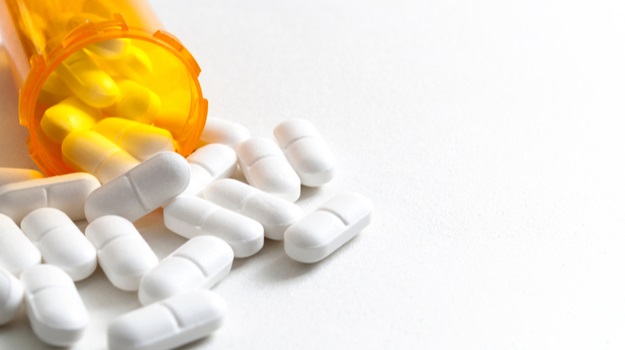 According to the U.S. Department of Health and Human Services, 116 Americans die daily from opioid overdoses. In 2016 there were an estimated 64,000 drug-related deaths in the United States, with the highest increase related to opioid drugs.

Headway is being made as companies look to develop new pain therapies. Pennsylvania-based Virpax Pharmaceuticals licensed MedPharm’s MedSpray ‘Patch-in-a-Can’ Technology for non-opioid pain management. The product, called DSF100 (NSAID spray film 1.3%), an investigational spray film designed to deliver an NSAID (nonsteroidal anti-inflammatory drugs) transdermally via a metered-dose spray. When sprayed on the skin, the product forms a clear patch. The medicine is then absorbed through the skin or mucosal membrane to target the pain.

Anthony Mack, chief executive officer of Virpax, said the “rising importance of alternatives to opioid medications for pain management” has prompted the company to explore the development of topical pain treatments. Mack said the Patch-in-a-Can’ technology offers a promising delivery system that the company looks to explore in clinical trials.

The need for non-opioid-based treatments has become so great that earlier this year the U.S. Food and Drug Administration (FDA) launched an “innovation challenge” to spur on the development of medical devices that can combat the crisis and help prevent and treat opioid use disorder – a disorder that is often caused by the abuse of opioid-based pain treatments.

Other companies are also forging ahead with their own research efforts. In February Cambridge, Mass.-based Tremeau Pharmaceuticals launched with $5.2 million to develop non-opioid pain treatments for rare diseases, including hemophilic arthropathy (HA), a degenerative joint disease occurring in patients with hemophilia. Potent opioids are typically used to treat HA-associated pain. There are currently no specific medications approved in the United States for treatment of HA. Tremeau is developing TRM-201 (rofecoxib), a highly potent cyclooxygenase-2 (COX-2) selective NSAID to treat HA. Rofecoxib is a non-narcotic analgesic, unlike opioids, and has no effect on bleeding time relative to placebo, the company said. Tremeau pointed out that traditional NSAIDs are not typically used in this patient population due to their effects on platelet aggregation and risk of gastrointestinal ulcers.

Also in February Connecticut-based Biowave secured a deal to supply all branches of the U.S. military with FDA-cleared high-frequency neurostimulation technology that delivers soothing therapeutic signals through the skin to block pain signals at the source. Biowave’s non-opioid Smarter Pain Blocking Technology has been adopted for use by 32 veteran’s hospitals across the country.

While not a treatment for pain, in May the U.S. Food and Drug Administration approved Lucemyra, the first approved non-opioid treatment to manage withdrawal symptoms for opioid addiction. Lucemyra, an oral, selective alpha 2-adrenergic receptor agonist that reduces the release of norepinephrine. Symptoms associated with opioid withdrawal include anxiety, agitation, sleep problems, muscle aches, runny nose, sweating, nausea, vomiting, diarrhea and a craving for the drug.