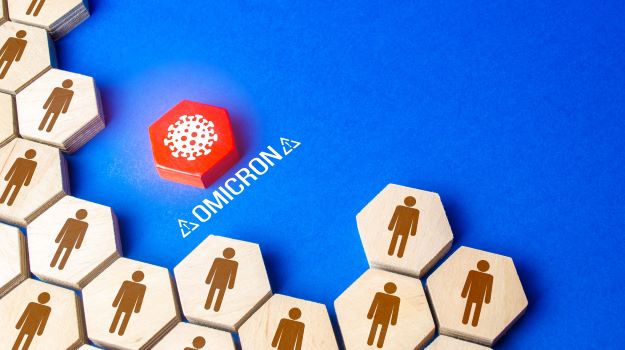 With the holidays around the corner and people expected to gather, public health officials have expressed concerns over a possible increase in COVID-19 cases, particularly with the highly infectious Omicron variant on the rise. For that and more COVID-19 stories, read on.

With the rise of the highly infectious Omicron variant and people gathering together for the holidays, public health officials are pessimistic about infections at the beginning of the year. Michael Osterholm, director of the Center for Infectious Disease Research and Policy at the University of Minnesota, told CNN, “We’re really just about to experience a viral blizzard. In the next three to eight weeks, we’re going to see millions of Americans are going to be infected with this virus, and that will be overlaid on top of Delta, and we’re not yet sure exactly how that’s going to work out.”

Of particular concern are the unvaccinated and people working in health care. Andy Slavitt, a former senior pandemic adviser to President Joe Biden, told CNN, “For the health care workers, the hospitals, for people who are sick, even sick with things other than Covid, that represents a real danger and a real threat.”

AstraZeneca reported that its Evusheld (tixagevimab co-packaged with cilgavimab), a long-acting antibody cocktail, was able to neutralize the Omicron variant to SARS-CoV-2. This was based on laboratory studies. Their research found that Evushield offered neutralizing antibody titers similar to that in people who had immunity from natural COVID-19 infection.

U.S. public health officials are stockpiling GlaxoSmithKline and Vir Biotechnology’s sotrovimab because it’s one of few therapies that appear to be effective against the Omicron variant, although that decision apparently precedes the news about AstraZeneca’s Evusheld (above). The U.S. government made a decision shortly after Thanksgiving to pause every other-week shipments to states of sotrovimab as part of a strategy to reserve therapies effective against omicron. Reportedly, they believe that antiviral drugs, such as Merck’s molnupiravir, which the FDA’s advisory panel narrowly recommended for EUA on December 1, and Pfizer’s Paxlovid, for which the company is making a rolling submission to the FDA for EUA.

A new study out of the University of Wisconsin-Madison found that antibodies from the immune systems of sharks appear effective against SARS-CoV-2, including the Delta variant. The shark antibodies were tested in laboratory experiments using human lung and embryonic kidney cells. The shark antibodies blocked the virus’ spike protein from attaching to the ACE2 receptor on human cells. In the lab tests, the shark antibodies were as good or better than the two antibody treatments approved by the U.S. Food and Drug Administrations (FDA), one by Merck and the other by Regeneron.

The general theory to date is that booster shots of vaccines provide protection against the Omicron variant. Now, a very small study out of South African suggests that the Omicron variant can fight through immunity caused by boosters. It’s a very small study of only seven cases in South Africa. Seven German visitors to Cape Town were infected in late November or early December with Omicron. Their ages range from 25 to 39. None required hospitalization and symptoms were mild to moderate. Six of the seven were fully vaccinated with the Pfizer-BioNTech vaccine, and five had a booster; the sixth had a booster of the Moderna shot. The seventh had an initial dose of AstraZeneca-Oxford’s vaccine with a second and third shot of the Pfizer-BioNTech. The infections appeared between one and two months after receiving the booster. The study has not been peer-reviewed.

A larger study in 581 people in Britain demonstrated that boosters provided significant protection against mild disease from Omicron.

The only COVID-19 vaccine to be fully approved in the U.S., as opposed to having Emergency Use Authorization (EUA), is the Pfizer-BioNTech shots for adults. Now the two companies are submitting an application to the FDA for full approval for the two-dose regimen in children aged 12 to 15. The submission included follow-up data from a Phase III trial that demonstrated the two shots were 100% effective against COVID-19 in that age group.

COVID and the Brain

As two years of COVID-19 has taught us all, the disease is weird, affecting people in many different ways. One of the peculiarities of what is largely a respiratory illness is how the virus affects the brain, with so-called “brain fog,” memory issues and mood changes. Jennifer Frontera, a neurology professor at the NYU Grossman School of Medicine, found that more than 13% of hospitalized COVID-19 patients developed new neurological problems shortly after infection.

A six-month follow-up found that about 50% who survived still had cognitive issues. Additional threats to the brain include bleeding, blood clots, inflammation, oxygen deprivation, and blood-brain barrier disruption. There is some evidence in monkeys that SARS-CoV-2 can directly infect and kill some brain cells. New studies out of Banner Sun Health Research Institute suggest the changes to the brain are subtle, rather than dramatic, although even minor damage can have significant effects on cognition.