Does Novartis’ Acquisition of AveXis Spell Trouble for Biogen? 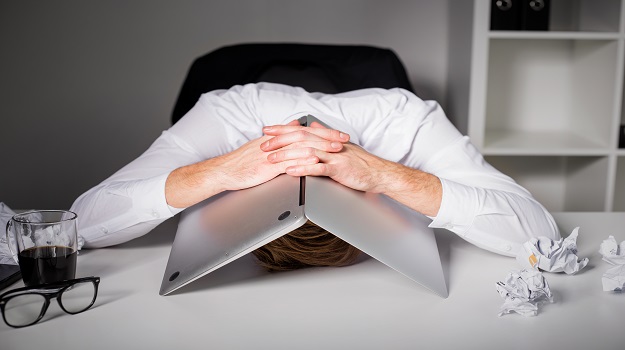 A big part of the acquisition was AveXis’ lead gene therapy candidate, AVXS-101, for spinal muscular atrophy (SMA). The compound has received Orphan Drug designation as well as Breakthrough Therapy designation. Novartis and AveXis expect to file a Biologics License Application (BLA) with the Food and Drug Administration (FDA) in the second half of this year, with a U.S. launch sometime in 2019, if approved.

Which is bad news for Biogen. The only approved treatment for SMA is Biogen’s Spinraza (nusinersen). It was approved in late-December 2016 and in the fourth-quarter of 2018, brought in $363 million.

Spinal muscular atrophy a genetic disease that affects the part of the nervous system that controls voluntary muscle movement. It usually affects infants and can be fatal. There are several types of the disease.

Sumanat Kulkarni, an analyst with Cannacord Genuity, wrote in a note to investors, “While the potential of competition to Biogen’s spinal muscular atrophy (SMA) franchise from AveXis has been well-known for some time now, this deal means that Biogen could now face a competitor in Novartis that has significantly more competitive muscle versus AveXis alone. In our view, this development raises the stakes on the outcomes of Biogen’s high-risk/high-reward pipeline bets on Alzheimer’s disease, where the major catalysts are still some time off in 2019 and 2020, and leads investors to focus more keenly on Biogen’s own deals.”

And, in fact, Biogen has faced some recent concerns over its Alzheimer’s pipeline, with two firms, Leerink and Morgan Stanley downgrading the company based on slow sales for Spinraza and no near-term catalysts. Leerink’s Geoffrey Porges wrote at the time, “Our revenue forecast for the company is reduced by 1 percent for 2017, and then by 2 to 3 percent in later years. These adjusted forecasts are now more or less in line with consensus, and in fact consensus expectations for Spinraza have also been reduced recently.”

And are undoubtedly looking even worse now that Novartis, with its marketing power and deep pockets, is getting behind AveXis’ AVXS-101.

Biogen also had recently given already nervous investors even more reasons to worry. At the Leerink Healthcare Conference in February, Biogen’s chief medical officer, Al Sandrock, said Biogen was adding 510 more patients to its clinical trial of aducanumab in Alzheimer’s disease. “We did see more variability on the primary endpoint than assumed when we did the initial sample size estimates,” he said. “So we decided to increase the sample size to maintain 90 percent power.”

This was widely perceived as meaning the company wasn’t getting the results it expected, so it was increasing the sample size. It caused shares to drop by 9.1 percent, the biggest intraday decline since June 2016.

Bloomberg noted, “The problem seems to have been that the tests were creating too much statistical noise, and not giving researchers a clear indication of whether or not the drug was helping patients.”

Biogen is still a dominant player in multiple sclerosis (MS), but is facing steady competition. Otherwise, aside from the Spinraza, much of its eggs have been placed in the Alzheimer’s basket, a notoriously difficult area for drug development. Well over 125 drugs have failed Phase III clinical tests for Alzheimer’s. Today, vTv Therapeutics announced that its azeliragon failed in its Phase III trial for Alzheimer’s. And that is just the latest in a series of recent high-profile failures, including Merck & Co.’s verubecestat (MK-8931), Axovant Sciences’ intepirdine, Eli Lilly’s solanezumab, and Lundbeck’s idalopirdine. All failed within the last two years.

Although Kulkarni doesn’t come right out and say it, he suggests that investors will be watching Biogen to see if it acquires any companies or additional assets to bolster its pipeline and perhaps move into less difficult areas than Alzheimer’s disease. “It is our view that Biogen’s business development activity has been viewed by some as defensive (deal with Alkermes’ drug), too early or small to move the needle (Karyopharm's deal on ALS), and/or risky (deal on Pfizer products for cognitive symptoms of schizophrenia, for which no drugs are approved currently). Against this backdrop, we continue to note Biogen has significant financial flexibility to pursue business development, and we remain constructive on the shares. Needless to say, we will be following market shares in MS and Biogen’s business development moves closely to further inform our view on the stock.”