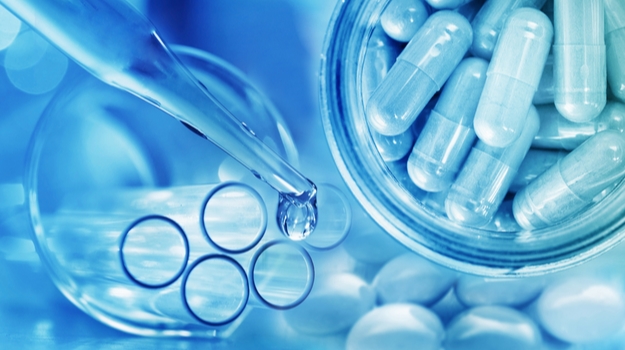 The COVID-19 pandemic continues to dominate the news and is likely to for quite some time. The biopharma industry is doing what it can to test and repurpose therapies, develop diagnostics and respond to the crisis. Also, although some clinical trials are being slowed or halted, others are reporting out data. Here’s a look.

World Health Organization is organizing the SOLIDARITY clinical trial to create data that can be leveraged to decide which treatments are most effective, if they decrease mortality and hospital stays. It will have five arms, one standard of care, one Gilead’s remdesivir, one a combination of lopinavir/ritonavir, another a combination of lopinavir/ritonavir/interferon beta, and the fifth of chloroquine. At least 10 countries are participating.

Researchers ran a trial of 55 people in China with mild cases of COVID-19 and 13 severe cases. The goal was to determine if the cytotoxic lymphocytes in patients with the disease were exhausted—these cytotoxic lymphocytes are necessary to control viral infections, and functional exhaustion of them is linked to disease progression. The short answer is: yes, “the function of NK and CD8+ cells was exhausted with the increased expression of NKG2A in COVID-19 patients. Importantly, in patients convalescing after therapy, the number of NK and CD8+ cells were restored with reduced expression of NKG2A.” Patients were administered AbbVie’s Kaletra in about 94.12% of patients, and chloroquine phosphate was used in 7.35%, with 64.71% receiving interferon (IFN). About half also received antibiotic treatment. The researchers believe that by targeting NKG2A with various therapies, which might include checkpoint inhibitors and other drugs, they may be able to prevent the functional exhaustion of the cytotoxic lymphocytes.

IHU-Mediterranee Infection in Marseille, France researchers published an article in the International Journal of Antimicrobial Agents describing the potential use of a combination of hydroxychloroquine and the antibiotic azithromycin, which is better known as Z-Pak. The U.S. Food and Drug Administration (FDA) is also evaluating the drugs but have not yet made recommendations. The French study, which is very small, “showed a significant reduction of the viral carriage” after six days of treatment and “much lower average carrying duration” compared to patients receiving other treatment. Six patients in the trial were asymptomatic and 22 had upper respiratory tract infection symptoms. Eight patients had lower respiratory tract infections. Twenty cases were treated in the study, with untreated patients acting as negative controls.

Biohaven Pharma announced a successful meeting with the FDA at the end of its Phase II trial of intranasal vazegepant for acute treatment of migraine. It plans to initiate a Phase III for the treatment. Vazegepant is part of Biohaven’s NOJECTION Migraine Platform.

Imstem Biotechnology reported the FDA had lifted the clinical hold and cleared the IND application for its IMS001 for multiple sclerosis. The drug is an investigational, allogeneic cell product given intravenously to patients with MS. It expects to initiate a Phase I trial in relapsing/remitting, secondary, and primary progressive forms of MS in 2020 in the US.

AbbVie and Genentech’s Phase III VIALE-A trial of Venclexta (venetoclax) in combination with azacytidine versus azacytidine in combination with placebo met its dual primary endpoints of statistically significant improvement of overall survival (OS) and composite complete remission rate in previously-untreated acute myeloid leukemia (AML) patients who are not eligible for intensive chemotherapy. The independent Data Monitoring Committee recommended the positive efficacy results should be reported early and the data submitted to the FDA and other regulators. Venclextra is a first-in-class drug that selectively binds and inhibits the BCL-2 protein.

AnHeart Therapeutics announced that the Chinese Drug Evaluation Agency cleared its IND and Clinical Trial Authorization (CTA) for two Phase II trials of taletrectinib. The first will be in first- and second-line non-small cell lung cancer (NSCLC) with ROS1 mutations. The second will be in patients with locally advanced or metastatic solid tumors with NTRK mutations. Taletrectinib is a next-generationl selective ROS1 and NTRK inhibitor.

CytoDyn announced that two more patients were treated for COVID-19 using the company’s leronlimab. They are being treated under an emergency IND at a New York hospital. Leronlimab is a viral-entry inhibitor that blocks CCR5.

Vero Biotech treated the first person with COVID-19 and complicating pulmonary hypertension with its proprietary inhaled nitric oxide (iNO) delivery system, GENOSYL DS at home. The patient was treated under an emergency IND. Genoxyl is indicated to improve oxygenation and reduce the need for extracorporeal membrane oxygenation in neonates with hypoxic respiratory failure associated with clinical or echocardiographic evidence of pulmonary hypertension in conjunction with ventilator support and other therapies.

Rafael Pharmaceuticals enrolled more than 75% of the 500 patients needed for its pivotal Phase III trial for metastatic pancreatic cancer (AVENGER 500). The trial is studying the efficacy and safety of CPI-613 (devimistat) in combination with modified FOLFIRINOX (mFFX) as first-line therapy. Devimistat is a first-in-class drug that targets the mitochondrial tricarboxylic acid (TCA) cycle, which is essential to tumor cell multiplication and survival.

Seelos Therapeutics announced additional interim data from its Phase I studies of Intranasal Racemic Ketamine (SLS-002). It also completed its Type C meeting with the FDA to discuss the protocol design for the study of the drug for Acute Suicidal Ideation and Behavior (ASIB) in patients with Major Depressive Disorder (MDD). All vital signs related adverse events were mild and transient. No serious adverse events were observed.

Eloxx Pharmaceuticals temporarily paused enrollment in its Phase II clinical trials for ELX-02 in cystic fibrosis because of the COVID-19 pandemic. ELX-02 is a small molecule drug candidate designed to restore production of full-length functional proteins.

Avadel Pharma completed the REST-ON Phase III trial for FT218, a once-nightly formulation of sodium oxybate for treatment of excessive daytime sleepiness and cataplexy in patients with narcolepsy. The company expects to announce topline data in the second quarter of 2020. The formulation uses the company’s proprietary Micropump technology for extended-release oral suspension.

Indivior published one-year outcomes from a 24-month observational study, RECOVER. RECOVER looked at long-term recovery in patients with moderate to severe opioid use disorder (OUD) after their transition from two Phase III trials of Sublocade (buprenorphine extended-release) injection for subcutaneous use into a real-world setting.

Fulcrum Therapeutics completed results from its Phase I trial of losmapimod for facioscapulohumeral muscular dystrophy (FSHD). The trial was to determine the safety and tolerability of the drug in healthy volunteers and in FSHD patients. The second objective was to evaluate repeated dose pharmacokinetics and target engagement in FSHD patients. Losmapimod is a selective p38alpha/beta mitogen activated protein kinase (MAPK) inhibitor.

Ipsen plans to reinitiate palovarotene dosing in patients 14 years of age and older that are currently taking part in its fibrodysplasia ossificans progressive (FOP) clinical program. Various global regulatory agencies cleared the company to reinitiate dosing. The decision to pause dosing was made on January 20, 2020 based on data of a futility analysis that was part of a pre-specified interim analysis. Palovarotene is a RARgamma agonist being developed for ultra-rare and debilitating bone diseases, including FOP and multiple osteochondromas (MO), and other conditions including dry eye disease.

VBL Therapeutics announced encouraging data from the preplanned interim analysis in the OVAL Phase III trial of VB-111 in platinum-resistant ovarian cancer. The overall CA-125 response rate in the first 60 randomized evaluable patients was 53%. VB-111, or ofranergene obadenovec, is a first-in-class, targeted anti-cancer gene-therapy agent being developed for a wide range of solid tumors.

CytoDyn filed another round of modifications to its IND and protocol for a Phase II clinical trial with leronlimab in COVID-19 patients in severe condition. The company also reported that the drug had been tested in seven patients with severe COVID-19 under an Emergency IND granted by the FDA. The three-day results after treatment of the first four patients showed an improved immune profile, controlling the cytokine storm.

Vertex Pharmaceuticals indicated that it is working with clinical trial sites to allow virtual clinic visits and home delivery of study drugs when possible. For certain trials, depending on the disease, development stage and type of study, it plans to temporarily pause enrollment in some studies and delay the launch of others.