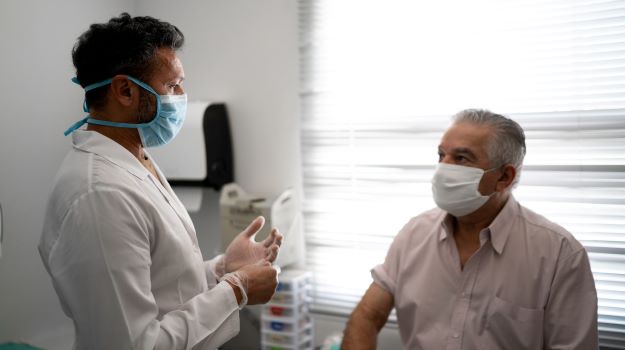 It was a busy week for clinical trial announcements. Take a look.

Arcturus Therapeutics announced its partner Vinbiocare received approval from the Vietnam Ministry of Health to advance ARCT-154, a COVID-19 vaccine, into the ARCT-154 Phase I/II/III clinical trial. It is an mRNA vaccine that in non-human primate studies elicits neutralizing antibodies to SARS-CoV-2 variants of concern, including the Delta variant.

Humanigen announced the NIH has advanced the ACTIV-5/BET study to a Phase II/III trial and modified the primary endpoint to survival without ventilation. Humanigen is providing lenzilumab and assisting the NIH. Lenzilumab is a proprietary Humaneered first-in-class monoclonal antibody proven to neutralize GM-CSF, a cytokine of importance in the hyperinflammatory cascade associated with COVID-19 and other indications.

Eli Lilly and Incyte announced data from an extra cohort of 101 adults from the COV-BARRIER clinical study. In this sub-study, COVID-19 patients who are on mechanical ventilation or are receiving extracorporeal membrane oxygenation (ECMO) who were dosed with Olumiant (baricitinib) and standard of care treatment were 46% less likely to die by Day 28 compared to patients on standard of care who received placebo. Olumiant is a once-daily, oral JAK inhibitor.

Arcturus Therapeutics received approval to launch a Phase I/II trial in Singapore for two STARR mRNA vaccine candidates. The study will evaluate the vaccines as a primary vaccination series and as a booster after initial vaccination with Comirnaty in COVID-19 and variants of concern. The vaccines are ARCT-154 and ARCT-165, next-generation STARR mRNA vaccines that target variants of concern.

Vaxart received FDA greenlight for a study of an S-only oral tablet SARS-CoV-2 vaccine candidate. The Phase II trial is expected to begin in the second half of this year. Non-Human Primate studies suggest that S-only vaccine created much higher serum antibodies than one expressing both S and N proteins.

Biophytis announced topline results from the SARA-INT Phase II trial of Sarconeos in sarcopenia. At the highest dose of 350 mg, the drug showed a clinically meaningful improvement compared to placebo in gait speed.

I-Mab received the go-ahead from the FDA for a Phase I study of Protollin in Alzheimer’s disease. Protollin is made up of outer membrane proteins of bacteria complexed with lipopolysaccharides (LPS), with the ability to stimulate the innate immune system. It is delivered via a nasal spray.

SAGE Therapeutics terminated the REDWOOD and RAINFOREST trials of zuranolone, a next-generation positive allosteric modulator (PAM) of GABAA receptors, for major depressive disorder and post-partum depression. The company reported positive data from the Phase III WATERFALL study in major depressive disorder, which has led them to believe the two other trials will not be necessary for approval.

Lumosa Therapeutics announced its Phase IIa study of LT3001 hit its primary safety endpoint. LT3001 is being evaluated for acute ischemic stroke (AIS) within 24 hours after stroke symptoms onset. LT3001 is an antioxidant small molecule conjugated to a short peptide.

Rhythm Pharmaceuticals announced an expansion of its clinical development program for setmelanotide with five new Phase II and III trials. They include the pivotal EMANATE Phase III trial and the DAYBREAK Phase II study, which together will study setmelanotide in people with variants in one of 36 genes in the melanocortin-4 receptor (MC4R) pathways. It also expects to launch a Phase III study in pediatric patients ages 2 to 6 years. It will also be studied in two Phase III studies, including a switch study of patients currently receiving setmelanotide and a de novo trial in patients with BBS. Setmelanotide is approved in the U.S. for chronic weight management in adults and children six years of age and older with obesity due to proopiomelanocortin (POMC), proprotein convertase subtilisin/kexin type 1 (PCSK1), or leptin receptor (LEPR) deficiency. It is marked under the brand name Imcivree.

Angion Biomedica Corp. announced positive data from its Phase I study in healthy volunteers for ANG-3070 for fibrotic diseases. The drug is a novel oral tyrosine kinase receptor inhibitor (TKI). It also received the FDA go-ahead for a Phase II study of the drug in primary proteinuric kidney diseases.

Takeda Pharmaceutical published final results from the Phase III HELP Open-Label Extension study of Takhzyro (lanadelumab) for long-term prevention of hereditary angioedema attacks. The data showed the drug significantly decreased the frequency of attacks in patients 12 years of age and older who received the drug for a mean duration of almost 2.5 years.

BioVie enrolled the first patient in a Phase III trial of NE3107 in Alzheimer’s disease. NE3107 is an oral small molecule, blood-brain permeable therapy with potential anti-inflammatory, insulin sensitizing, and ERK-binding properties that may allow it to selectively inhibit ERK- and NFkB-stimulated inflammation.

Ultimovacs enrolled the first patient in its Phase II FOCUS trial of UV1 in combination with Merck’s Keytruda in head-and-neck cancer. UV1 is a peptide-based vaccine that induces a specific T-cell response against the universal cancer antigen telomerase.