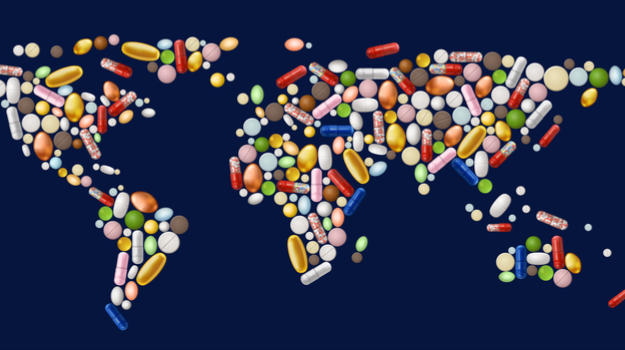 Alexion Pharmaceuticals – Alexion is closer to commercializing its treatment for adults with paroxysmal nocturnal hemoglobinuria (PNH) with hemolysis in the European Union. The European Medicines Agency’s Committee for Medicinal Products for Human Use has adopted a positive opinion, recommending marketing authorization for ultomoris (ravulizumab), the long-acting C5 complement inhibitor administered every eight weeks. PNH is a severe, complement-mediated ultra-rare disease that can cause a wide range of debilitating symptoms and complications, including thrombosis, which can occur throughout the body and result in organ damage and premature death.

Abivax – Paris-based Abivax announced that Canada is the first country to have fully authorized its Phase IIb clinical trial design for ABX464 to treat ulcerative colitis (UC). The first patient is expected to be enrolled in the study in the first half of 2019. In addition to Canada, the clinical trial will largely be conducted in Europe. Hartmut Ehrlich, chief executive officer of Abivax, said that in addition to the observed effects of ABX464 in the Phase IIa trial, preclinical and clinical data also suggest a broadly applicable anti-inflammatory effect.

Qpex Biopharma – San Diego-based Qpex struck a licensing agreement with Australia’s Monash University for a portfolio of next-generation polymyxin antimicrobials focused against highly drug-resistant gram-negative pathogens. The exclusive license includes worldwide rights to develop and commercialize polymyxin antimicrobials in multiple territories. With increasing resistance to first-line agents, polymyxins have been increasingly relied upon as "last resort" agents, despite their pharmacological and safety limitations. Therefore, an improved new generation of the polymyxin class of drugs is desirable, the company said. The Monash-Qpex polymyxin drug discovery collaboration was funded by a Partnerships for Biodefense grant.

Synaptive Medical – Toronto-based Synaptive Medical plans to present 10 abstracts at the International Society for Magnetic Resonance in Medicine’s 27th Annual Meeting in Montreal. Synaptive’s abstracts will showcase the results research generated over the last six years that focuses on the needs of accessibility to MRI systems for imaging at the point-of-care and how to overcome the barriers that exist with current technology. Data presented will outline how applying flexible and sustainable system architecture and software algorithms for reconstruction of scanned images, along with implementing high performance system components, can make MR imaging more accessible, such as being able to provide MRI at point-of-care.

ObsEva – Switzerland-based ObsEva announced additional neonatal and infant follow-up results from the IMPLANT2 Phase III trial of its oral, oxytocin receptor antagonist, nolasiban, in patients undergoing IVF procedures. The additional data, which resulted from additional follow-up extending to six months beyond delivery for the neonates and infants, are consistent with the favorable safety profile of nolasiban observed during pregnancy and within the first month following birth, the company said. Overall, Phase 3 IMPLANT2 trial results demonstrated that nolasiban increased rates of ongoing pregnancy and live birth following a single embryo transfer, with no safety concerns identified in either mothers or infants. ObsEva plans to present full safety results from the IMPLANT2 trial at a scientific conference in 2019. ObsEva’s next anticipated step leading to a planned MAA filing is the read-out of the second Phase III trial in Europe, IMPLANT4, which is expected to be revealed in the last part of 2019.

Sanofi – Sanofi and its development partner Regeneron announced the European Medicines Agency’s (EMA) Committee for Medicinal Products for Human Use (CHMP) has adopted a positive opinion for the marketing authorization of Libtayo (cemiplimab). Libtayo is a fully-human monoclonal antibody targeting the immune checkpoint receptor PD-1 (programmed cell death protein-1). If approved, Libtayo would be the first and only treatment approved for certain patients with advanced CSCC in the European Union. CSCC is one of the most commonly diagnosed skin cancers worldwide. In Europe, CSCC occurs twice as often as melanoma. The CHMP opinion is based on data from the pivotal, open-label, multi-center, non-randomized Phase II EMPOWER-CSCC-1 trial. As part of the conditional approval, Regeneron and Sanofi will need to provide additional data from EMPOWER-CSCC-1, including results from a newly added group to the trial, to further confirm the benefit-risk profile of Libtayo. The European Commission is expected to make a final decision on the application for Libtayo in the coming months, Sanofi said.