Bacteriophages to the Rescue: A Possible Approach to Antibiotic Resistance 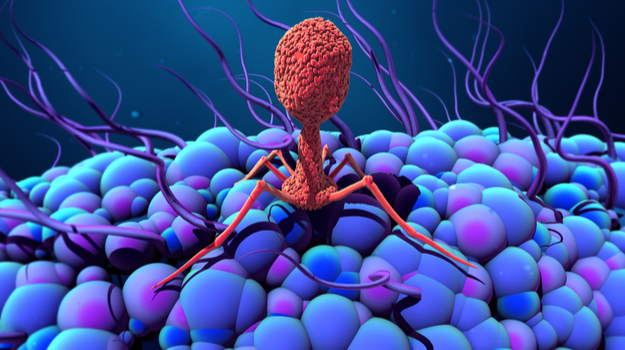 Ella Balasa, a 26-year-old from Richmond, Virginia, recently made the news when she was apparently successfully treated for a lung infection using a kind of virus called a bacteriophage. The word “apparently” is important in terms of determining exactly how effective the treatment was, in a clinical sense.

“I’m really running out of options,” Balasa told AP. “I know it might not have an effect. But I am very hopeful.”

Balasa has cystic fibrosis, which is a disease that affects the lungs, scarring lung tissue, which can trap bacteria. She had picked up an antibiotic-resistant strain of Pseudomonas aeruginosa. At first, inhaled antibiotics controlled the infection, but then they stopped working. She was placed on intravenous antibiotics, but Balasa didn’t respond to those either.

Balasa took part in a procedure at Yale University that used bacteriophages that attack and kill P. aeruginosa. It was a last-ditch effort to avoid a high-risk lung transplant. She was the eighth patient to try the approach.

The first test case at Yale was an 82-year-old man who was close to death from a heart implant and untreatable pseudomonas infection. Benjamin Chan, a Yale biologist who focuses on phages, purified a phage found in a Connecticut lake that he matched to the patient’s strain of bacteria. With emergency permission from the U.S. Food and Drug Administration (FDA), physicians tried the purified phage on the man’s infection—successfully. The infection cleared up.

“People’s frustration with antibiotic resistance boiled over,” Chan told. “We’re more appreciative of the fact that we need alternatives.”

And Balasa? She inhaled billions of phages over seven days. It appeared to have an almost immediate effect, although it took several weeks for her to feel better. And during that period she began retaking some antibiotics she had abandoned. As AP notes, without a formal study it’s hard to say just how successful the approach was, but the tests “suggest phages killed much of her predominant pseudomonas strain and made the survivors sensitive again to a course of those antibiotics.”

She was able to quit the antibiotics, but a second round of a different strain of phages did not seem to show more improvement. “The true test,” Balasa told AP, “is how long I can go without using any antibiotics again.”