CEOs Pledge to Stand Behind Science, Not Politics in Potential Vaccine Approval 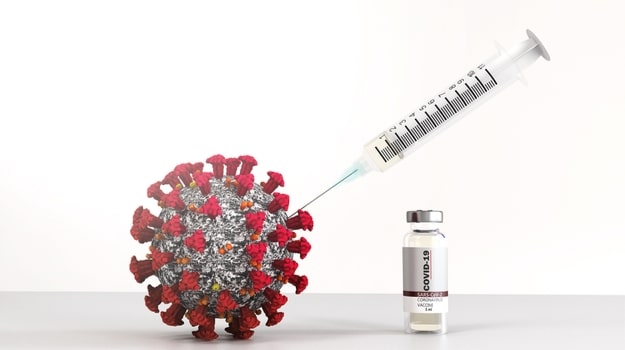 To quell concerns over the politicization of a potential vaccine for the novel coronavirus, nine pharmaceutical companies developing a preventative treatment signed a pledge promising to uphold the integrity of the scientific process ahead of any potential approval of a medication.

The chief executive officers of AstraZeneca, BioNTech, GlaxoSmithKline, Johnson & Johnson, Moderna, Novavax, Pfizer, Merck and Sanofi all signed the pledge promising to ensure that any vaccine put forth by one or more of the companies meets the rigorous standards for approval that people expect for medications.

Concerns about an early, before-its-ready approval of a vaccine against SARS-CoV-2, the virus that causes COVID-19, have been palpable, particularly since President Donald Trump predicted a vaccine could be available to the public by the end of the year. There have been rumors the U.S Food and Drug Administration could grant an Emergency Use Authorization to one of the vaccine candidates being supported by Operation Warp Speed due to political pressure.

Such concerns increased following the FDA’s granting of EUA for convalescent plasma following a public lambasting of the agency by the president over an earlier decision to wait for more data. Following the EUA announcement, FDA Commissioner Stephen Hahn was forced to walk back some comments made during that EUA announcement that overstated some of the benefits of convalescent plasma in COVID-19 patients.

For vaccine approvals, Hahn has promised that a vaccine would only be greenlit if the data supports the FDA’s threshold of 50% efficacy.

Last week, Moncef Slaoui, the former head of GlaxoSmithKline’s vaccines operations who was tapped to helm Operation Warp Speed, the U.S. government’s response to the pandemic, said he will quit the initiative if a vaccine is pushed through Emergency Use Authorization before it’s met those scientific standards in order to serve a political agenda.

“I would immediately resign if there is undue interference in this process,” Slaoui said last week.

While the CEOs of companies that have received financial support from Operation Warp Speed did not threaten to resign their positions, they wanted to make clear they are committed to “developing and testing potential vaccines for COVID-19 in accordance with high ethical standards and sound scientific principles.”

According to the pledge the CEOs released over the holiday weekend, they stressed the importance that a vaccine be reviewed under the clear guidelines the U.S. Food and Drug Administration and other regulatory agencies have established for COVID-19 drugs.

“FDA has established clear guidance for the development of COVID-19 vaccines and clear criteria for their potential authorization or approval in the US. FDA’s guidance and criteria are based on the scientific and medical principles necessary to clearly demonstrate the safety and efficacy of potential COVID-19 vaccines. More specifically, the agency requires that scientific evidence for regulatory approval must come from large, high quality clinical trials that are randomized and observer-blinded, with an expectation of appropriately designed studies with significant numbers of participants across diverse populations,” the pledge reads.

The companies that signed the pledge vowed to make the safety and well-being of those who receive the vaccines their top priority and promised to only submit their vaccine candidates for regulatory approval or EUA after those drugs have demonstrated safety and efficacy in a Phase III clinical study.

“We believe this pledge will help ensure public confidence in the rigorous scientific and regulatory process by which COVID-19 vaccines are evaluated and may ultimately be approved,” the CEOs said.