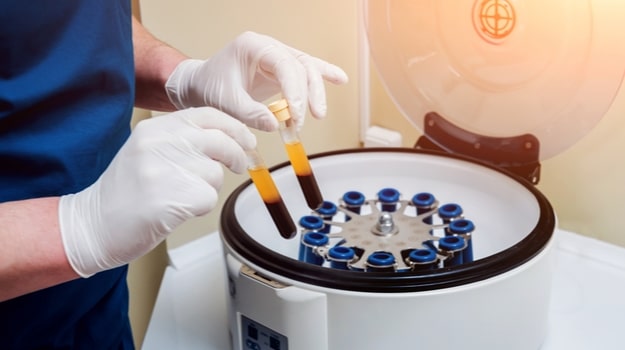 The U.S. Food and Drug Administration (FDA) reversed itself Sunday following pressure from the White House and announced an Emergency Use Authorization for convalescent plasma as a treatment for patients who have contracted COVID-19, the disease caused by the novel coronavirus.

In its announcement, the FDA said it granted the EUA for convalescent plasma in hospitalized patients because it “may be effective in treating COVID-19 and that the known and potential benefits of the product outweigh the known and potential risks of the product.” The FDA said there is a reason to believe that the use of convalescent plasma may also be effective in lessening the severity or shortening the length of COVID-19 illness in some hospitalized patients.

Health and Human Services Secretary Alex Azar claimed the use of convalescent plasma provided patients with a 35% survival benefit in patients “who benefited the most” from the treatment, CNN reported. Azar, a former J&J executive, said data suggests COVID-19 patients who were treated early following a diagnosis of the disease with convalescent plasma containing high levels of antibodies benefitted the most.

“We’re encouraged by the early promising data that we’ve seen about convalescent plasma. The data from studies conducted this year shows that plasma from patients who’ve recovered from COVID-19 has the potential to help treat those who are suffering from the effects of getting this terrible virus,” FDA Commissioner Stephen Hahn said in a statement.

The announcement was made at the White House on the eve of the Republican National Convention and one day after President Donald Trump accused the FDA of being part of a “deep state” conspiracy to withhold approval of treatments for the coronavirus in order to politically hurt his re-election bid.

Last week, it was reported that a hold on EUA for convalescent plasma was in place after senior U.S. public health policy officials in charge of the national COVID-19 response, including National Institutes of Health Director Francis Collins, National Institute of Allergy and Infectious Diseases Director Anthony Fauci and Clifford Lane, NIAID deputy director, argued the emerging data was not strong enough to support approval under EUA. Trump was critical of the hold placed on the EUA, saying at the time he heard only positive news about the use of the therapy and again suggested that denying the EUA was a move to hurt him politically.

“I hear great things about it ... that’s all I can tell you,” Trump said last week. “It could be a political decision because you have a lot of people over there who don’t want to rush things because they want to do it after Nov. 3, and you’ve heard that one before.”

Convalescent plasma is collected from patients who have recovered from a virus such as the novel coronavirus that causes COVID-19. The idea is that the plasma, which contains antibodies against the virus, will be administered into patients who are critically ill. In March, the FDA created a pathway with strict guidelines for physicians to use convalescent plasma on seriously ill COVID-19 patients – a pathway that remained available to treating doctors before the EUA was granted.

The FDA’s turnabout EUA for convalescent plasma has not gone without its critics. In a statement sent to BioSpace, Benjamin Corb, public affairs director for the American Society for Biochemistry and Molecular Biology, said the EUA was a political decision as opposed to a scientific one.

“The FDA last week held up on issuing this authorization at the behest of government scientists who are awaiting clinical trials to prove the safety and efficacy of the treatment. Blood plasma transfusions are not without risks, including death, and scientists should be afforded the opportunity to prove the benefits outweigh the risks,” Corb said.

On Twitter, Former FDA Commissioner Scott Gottlieb concurred that the use of convalescent plasma could be beneficial to some patients, but said more evidence is needed to support that claim. He added that the standards for EUA during a global pandemic are not the same as those in place for regulatory approval under a New Drug Application. He said the use of convalescent plasma is not a “home run” in terms of a treatment option, but said in a pandemic, “singles and doubles” should not be discounted.