What's New in the Biodefense Market These Days? 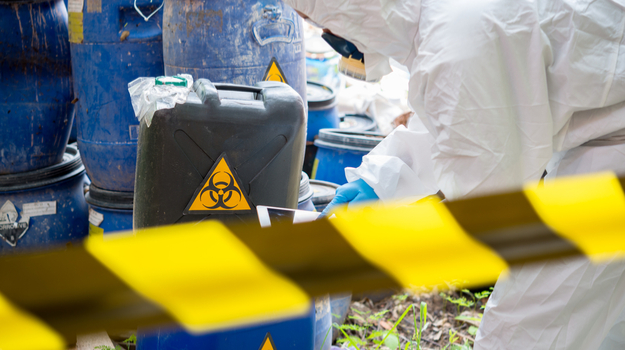 In 2001, only a week after the 9/11 attacks, members of the media and certain politicians received letters containing anthrax spores. The overall bioterror attacks killed five people and infected 17 more. Eventually, Bruce Ivins, a researcher at the federal government’s biodefense laboratories at Fort Detrick in Frederick, Maryland, was identified as the suspect. Ivins committed suicide with an overdose of acetaminophen on July 29, 2008.

There have been no major bioterror attacks in the U.S. since, although there have been a number of ricin threats—a poison sourced from castor beans—including a letter sent to the U.S. Pentagon containing ricin particles on October 2, 2018. They turned out to be castor seeds, from which ricin is created. Utah resident William Clyde Allen III was arrested and confessed.

Even more notoriously, several people were attacked in the UK by a nerve agent, Novichok, developed by the Soviet Union in the 1970s and 1980s. In March 2018, former Russian military officer and double agent for the UK’s intelligence services, Sergei Skripal, and his daughter Yulia Skripal, were poisoned by Novichok, allegedly by Russian agents, GRU Colonel Anatoliy Chepiga and Dr. Alexander Mishkin, also of the GRU.

Although bioterrorism doesn’t get the kind of attention more traditional bombings and shootings receive, the biotech industry and the federal government are paying attention and actively funding and developing countermeasures to potential bioterror, military and public health emergencies. In fact, in 2015, the global biodefense market was about $9.5 billion. Grand View Research projects that same market to grow to about $18 billion by 2025.

Here's a look at just some of what’s going on in the biodefense arena.

The Biomedical Advanced Research and Development Authority (BARDA) is part of the U.S. Department of Health and Human Services’ Office of the Assistant Secretary for Preparedness and Response. It was established in 2006 to help keep the country safe from chemical, biological, radiological, and nuclear (CBRN) threats, in addition to a focus on pandemic influenza (PI) and emerging infectious diseases (EID).

As such, BARDA provides funding and technical assistance to a number of companies and institutions working in these areas.

One of BARDA’s initiatives is dubbed DRIVe (Division of Research, Innovation, and Ventures). DRIVe’s approach is to act more like a strategic investor in private and public companies as well as fund grants. A June 2018 Forbes article noted, “This means that the new division may be able to make direct investments into companies BARDA would like to partner with and derive value by holding equity or equity-like instruments in the venture. Investing in opportunities in this manner offers a pathway to renew funds to reinvest into other ventures deemed essential to the national interest.”

Recently, researchers at Tulane National Primate Research Center described an experimental drug that appears to counteract the effects of ricin. The research was published in the journal JCI Insight.

The drug, developed by researchers at Tulane, Mapp Biopharmaceutical, University of Texas Southwestern Medical Center, and the New York State Department of Health is a humanized monoclonal antibody against the ricin toxin. There appears, at least in primates, to be a relatively short exposure window of about four hours, when the drug was most successful. The researchers expect to work on a stronger version that could be useful further out from initial ricin exposure.

“Clinically, there is no treatment that can be administered currently to save someone in the event of an exposure to this toxin,” stated study first author Chad Roy, director of biodefense research programs at Tulane. “Our study shows proof of concept in a near-clinical animal model, the nonhuman primate, that we finally have a life-saving treatment against one of the world’s most notorious toxin agents.”

Princeton, NJ-based Soligenix also has a ricin toxin vaccine candidate, RiVax, as part of its Vaccines/BioDefense business segment. The company presented data on the vaccine in November 2018 at the Fourth International Conference on Vaccines Research & Development.

On December 31, 2018, Emergent BioSolutions submitted an application to the U.S. Food and Drug Administration (FDA) for emergency use authorization (EUA) of its anthrax vaccine candidate, NuThrax. The FDA is expected to make a decision in the first half of this year.

NuThrax is the company’s next-generation anthrax vaccine candidate for post-exposure prophylaxis. It is a two-dose regimen. The company is hoping it can receive EUA, which would allow it to be included in the Strategic National Stockpile (SNS) this year.

In September 2016, the company received a $1.6 billion contract with BARDA to develop and deliver NuThrax. The company also markets a smallpox vaccine, ACAM2000, and an anthrax monoclonal antibody, Raxibacumab. In the fourth quarter of 2017, Emergent acquired ACAM2000 from Sanofi and acquired Raxibacumab from GlaxoSmithKline.