The Hopes and Challenges of a COVID-19 Vaccine 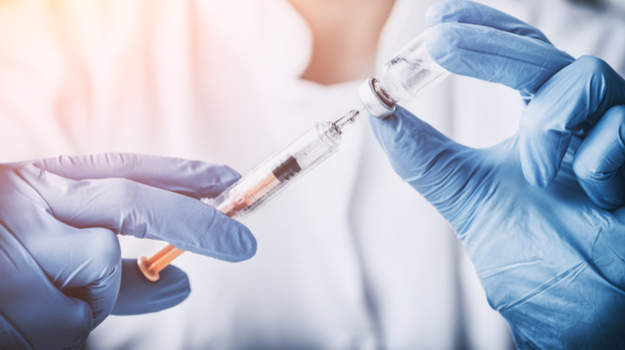 While the world is working to slow the COVID-19 pandemic by social isolation and quarantine, numerous companies globally are working to develop a vaccine against the virus. The most likely timelines—at best—for a viable vaccine against SARS-CoV-2, the coronavirus causing COVID-19, are 12 to 18 months. And that’s if everything goes right.

As a recent article in Bloomberg Businessweek notes, “For that to happen in the next year or so, an almost equally implausible set of circumstances has to occur: flawless scientific execution, breakneck trials and a military-style manufacturing mobilization unlike any the pharmaceutical industry has put in place before.”

Typically, it takes 10 to 15 years of deliberate and careful work to develop a commercial vaccine—and as both the common cold and HIV have demonstrated, sometimes it’s not possible even then. The infrastructure for the seasonal flu vaccines that come out every year has been in place for decades.

One of the companies that is gaining a lot of attention is Cambridge, Massachusetts-based Moderna. They have a head-start and are using a novel technology to develop their COVID-19 vaccine, mRNA-1273, which is already in clinical trials. mRNA-1273 is a mRNA vaccine that encodes for a prefusion stabilized form of the Spike (S) protein. What’s different about the vaccine is that it is almost like a form of gene therapy—it codes for the genetic sequence for the spike protein, and when injected into the body, causes the patient’s own cells to produce the protein (not the virus), which triggers an immune reaction that will prep itself to battle the virus.

The technology is interesting, but unproven. There are no approved RNA therapies. And Moderna has never brought a product to the market before.

One thing that’s of note is how early a start Moderna got on the vaccine. On January 11, 2020, Chinese researchers posted the genetic sequence of the coronavirus, well before most of the world was paying any attention. Moderna scientists had been working on a novel vaccine for a different coronavirus disease and jumped on this sequence and began working on a vaccine against it.

Bloomberg writes, “By late February, when President Trump was still downplaying the risk of coronavirus, Moderna’s scientists had already delivered the first batch of candidate vaccines to researchers at the U.S. National institutes of Health. When the coronavirus was starting to explode in the U.S. in mid-March, the first healthy patient received a dose in a small, government-sponsored safety trial.”

Moderna may be the leader, but they are not the only company employing this technology. Pfizer and a few others are as well. Pfizer is working with a German company, BioNTech, hoping to get their experimental RNA vaccine into human trials sometime this month.

Johnson & Johnson is using technology it employed for its experimental Zika and Ebola vaccine. Paris-based Sanofi is modifying technology it uses for its flu shots. There are more than two dozen companies working on coronavirus vaccines that are already in early-stage testing.

“There is no precedent for the speed at which we are moving,” said Clement Lewin, an associate vice president at Sanofi. “I can’t think of a parallel,” in his thirty years of vaccine work.

The RNA vaccine technology, despite the apparent speed with which Moderna, Pfizer and BioNTech are moving, has some risks. Not as much is known about its efficacy. Early-stage data suggests it should be safe, but there are concerns about unwanted immune responses. And all vaccines run a risk of what is called “disease enhancement,” where the immune system responds in an unusual way, which can cause the illness to be worse.

It's possible that any vaccines just won’t be effective, or the side effects will be such that they won’t be considered safe for use.

Scale-up is also a major roadblock. As of April 7, there are 1,362,936 confirmed cases of COVID-19 around the globe. But there are another 8 billion possible people who would possibly benefit from a vaccine.

Under a scenario where Moderna’s vaccine turns out to be effective and safe, no one has experience in commercial production of RNA vaccines, let alone in the type of scale necessary. The company indicates it has the manufacturing capability to produce millions of doses of the vaccine per month at a factory that was already scaling up for a different vaccine. They are apparently also in discussions with possible partners. But “millions” is a very long way from producing vaccines for billions of people—or even a few hundred million people.

If a vaccine were to become available in the next year, an optimistic timeline, the first candidates for the drug would be first-line responders—doctors, nurses, paramedics, as well as infants, toddlers and pregnant women. That’s a figure that exceeds 26 million people in the U.S. alone.

The next round would be essential personnel and children with preexisting conditions, higher-risk patients and people over the age of 65. Once you add all those, just in the U.S., you’re talking more than 100 million who would be considered high-priority for a vaccine.

Mark Feinberg, a former Merck & Co. executive in vaccines who now runs the International AIDS Vaccine Initiative, told Bloomberg that the real question wasn’t just efficacy, “but how quickly can you ramp up manufacturing to meet global need.”

“There aren’t a lot of drugs in the industry that are filled at these scales, period,” said Stephen Hoge, president of Moderna. “Even large pharma companies don’t usually operate on this kind of scale. No one entity or one company” will be able to do it by themselves.

With any luck, social distancing and quarantine will slow the spread of the virus. Perhaps the coming summer months will also decrease its spread, although whether there is a seasonality component to the disease is still unknown. This would give biopharma companies a little more room to develop and distribute vaccines or to determine which drugs are best-suited to preventing or treating the disease.