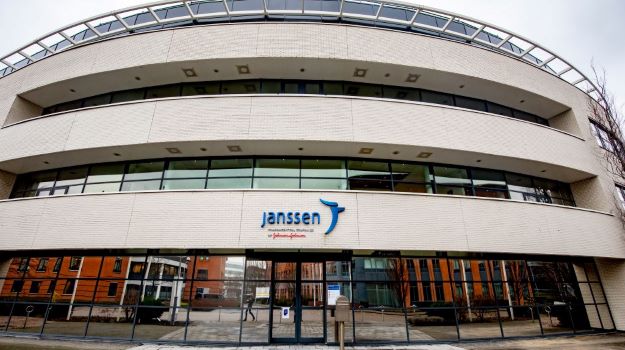 Janssen Pharmaceutical's experimental vaccine for a respiratory syncytial virus (RSV) demonstrated an 80% efficacy level in adults over the age of 65. Data from the Phase II CYPRESS study presented at the virtual IDWeek (Infectious Disease Week) 2021 showed that the vaccine candidate provided a robust response against the infection.

Penny Heaton, Janssen’s Global Therapeutic Area Head for Vaccines, called the findings from the CYPRESS study “encouraging,” mainly as researchers aim to find solutions to prevent serious infectious in older adults. According to the U.S. Centers for Disease Control and Prevention, RSV leads to 177,000 hospitalizations and about 14,000 deaths in adults over the age of 65 each year.

“Respiratory syncytial virus is a leading cause of bronchitis and pneumonia and one of the most common infections in the world. As older adults are at high risk of developing serious, potentially life-threatening illness from RSV, there is an urgent need for a vaccine to prevent the significant morbidity and mortality caused by the virus,” Heaton said in a statement.

The experimental RSV vaccine was well-tolerated by patients, the company said.

Based on data from the CYPRESS study, Janssen initiated the Phase III EVERGREEN study, a randomized, double-blind, placebo-controlled clinical trial. The study seeks to confirm the efficacy of Janssen’s vaccine candidate in the prevention of reverse transcription polymerase chain reaction (RT-PCR) confirmed LRTD that is caused by RSV in adults aged 60 years and older.

Participants in the Phase III study will be followed for at least two years and will be randomized to receive up to two doses of the vaccine or placebo during that time period. This will provide the company additional efficacy data over the course of two RSV seasons.

RSV is a significant public health threat across the globe. There is no preventative vaccine available. Ann Falsey, professor of Medicine at the University of Rochester School of Medicine and author of the CYPRESS study data noted the impact of RSV on the vulnerable populations. Falsey said the data from the CYPRESS study “reinforce the potential of this investigational RSV vaccine in preventing serious disease resulting from RSV in older adults.”

With no approved RSV vaccines, multiple companies are pushing forward to break through that barrier. Last week, AstraZeneca presented data for its RSV treatment nirsevimab.

At IDWeek, AstraZeneca revealed Phase III data from the MEDLEY trial that showed nirsevimab, an investigational long-acting antibody co-developed by AstraZeneca and Sanofi, has the potential to protect all infants entering their first RSV season with a single dose. Nirsevimab is designed to be administered from birth to infants born during the RSV season or at the season’s start for infants entering their first RSV season.

Last month, Pfizer dosed its first adult patient in a Phase III study assessing its own RSV candidate. The company is studying its bivalent prefusion F subunit vaccine candidate (RSVpreF) in adults ages 60 and above. The company hopes the vaccine will demonstrate statistically significant efficacy in the prevention of moderate to severe lower respiratory tract illness (msLRTI-RSV) during the first RSV season.

Moderna is also developing a vaccine for RSV. That company’s vaccine candidate uses the same lipid nanoparticle as its authorized COVID-19 vaccine. In August, the U.S. Food and Drug Administration granted mRNA-1345 Fast Track Designation for adults over the age of 60.