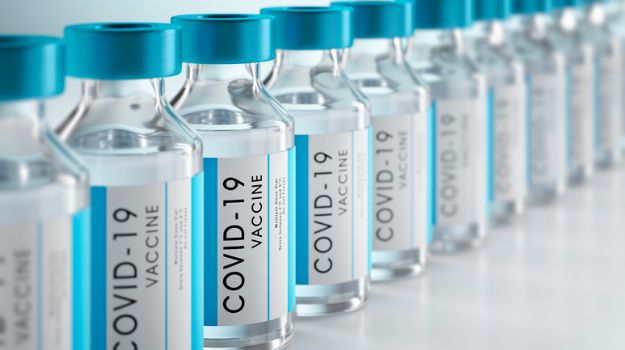 Amid the emergence and growing dominance of new variants, a panel of expert advisers for the U.S. Food and Drug Administration recommended a change in the formula of COVID-19 boosters. This move comes in anticipation of a coronavirus surge in fall, as vaccine immunity wanes and school starts up again.

Voting 19-2, the Vaccines and Related Biological Products Advisory Committee favored redesigning booster shots to include the coronavirus’ Omicron variant. The panel agreed that combining existing vaccines with boosters against the highly transmissible BA.4 and BA.5 subvariants would be ideal, but the final decision fell short of making explicit and specific recommendations regarding the formulation.

Much of this uncertainty stems from how quickly the virus evolves. In March and April, the BA.1 and BA.2 subvariants of Omicron comprised the vast majority of COVID-19 cases in the U.S. But BA.4 and BA.5 started gaining considerable ground in early June, and now they account for up to half of the cases, according to data from the U.S. Centers for Disease Control and Prevention.

Despite the lack of data to help predict how the pandemic will continue to play out, the FDA’s panel of advisers has taken a proactive stance, choosing to bolster the eroding immune protection rather than wait to see how the virus changes.

The FDA is expected to adopt the panel’s recommendation and decide on the booster formulation by early July. If the regulatory body settles on shots against BA.4 and BA.5, that could make things difficult for the leading vaccine manufacturers, which have been mainly developing their candidates against the parent Omicron variant, not against its subvariants.

Earlier this month, Moderna announced that its bivalent booster candidate mRNA-1273.214 could induce a strong immune activity against the BA.4 and BA.5 Omicron subvariants, raising neutralizing antibody titers by more than fivefold relative to baseline. However, this activity was still much weaker than what the candidate could elicit against the BA.1 subvariant.

A few days later, Pfizer and BioNTech also released data showing that two of their Omicron-adapted candidates led to strong immune responses. In particular, a month after a 60-µg dose of their monovalent candidate, mean antibody titers against Omicron BA.1 were nearly 20 times above pre-booster levels. However, as with Moderna’s candidate, Pfizer and BioNTech reported that according to preliminary laboratory data, their booster resulted in much weaker protection against BA.4 and BA.5.

Novavax is also rising to the challenge of Omicron and presented its data during the FDA panel meeting alongside Moderna, Pfizer and BioNTech. Novavax’s vaccine prototype NVX-CoV2373, a more traditional protein-based shot, carries epitopes from the original coronavirus strain and emerging variants. Phase II/III findings confirmed the vaccine’s broad cross-reactivity, though antibody levels against BA.5 remained lower than those for BA.1 and BA.2.

Joining these pharma powerhouses is the high-profile partnership between industry giants Sanofi and GSK, which announced this month that their Beta variant-containing vaccine candidate achieved an efficacy rate of 72% in patients with confirmed symptomatic Omicron infections. This rate jumped to 93.2% in those who had been previously seropositive. However, how this candidate fares against the individual Omicron subvariants remains to be seen.