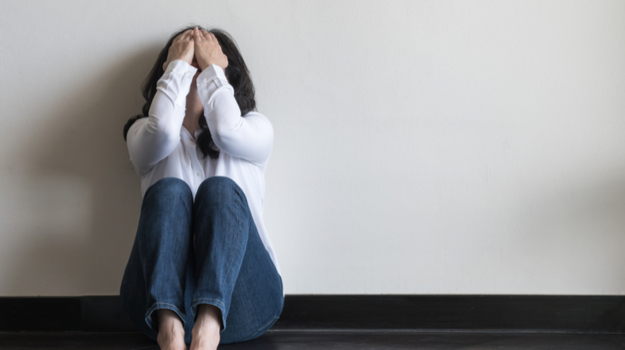 The most common class of drugs to treat depression are selective serotonin reuptake inhibitors (SSRIs). These include Zoloft (sertraline), Prozac (fluoxetine), Celexa (citalopram), Paxili (paroxetine) and others. In a 2017 report by the National Center for Health Statistics (NCHS), almost 13 percent of people in the U.S. age 12 or older take antidepressants. That rate has increased almost 65 percent from 1999 to 2014.

Another class of antidepressants are serotonin and norepinephrine reuptake inhibitors (SNRIs), which includes Pristiq (desvenlafaxine), Cymbalta (duloxetine) and others. Other categories include norepinephrine-targeted drugs such as Wellbutrin (bupropion) and tricyclics, an older class including Elavil (amitriptyline) and Norpramin (desipramine). The oldest class are monoamine oxidase inhibitors (MAOIs) such as Nardil (phenelzine) and Marplan (isocarboxazid).

One commercial—as opposed to strictly medical or health care—activity that is going on in the depression space is ketamine treatments. Ketamine is an animal tranquilizer that is also a party drug called “Special K” among other street names. STAT recently covered these so-called clinics, noting the Kalypso Wellness Centers in San Antonio, Texas, which offers five “proprietary blends” of ketamine at $495 per infusion. They are not covered by insurance, but Kalypso offers a monthly membership program and offers discounts for military staffers and first responders.

Kalypso now oversees two other clinics in Texas and offices in North Carolina and New York. STAT notes, “Dozens of free-standing clinics have opened across the U.S. in recent years to provide the drug to patients who are desperate for an effective therapy and hopeful ketamine can help. But the investigation found wide-ranging inconsistencies among clinics, from the screening of patients to the dose and frequency of infusions to the coordination of patients’ mental health providers. A number of clinics stray from recommendations issued last year by the American Psychiatric Association.”

Concerns raised in the investigation include not all clinics thoroughly screen patients, with prices ranging from $350 to $1,000 per infusion, many clinics having no mental health professionals on staff, and overstating the efficacy of ketamine for treating depression.

Patients are “getting treatments they may not need or that don’t work, or they’re getting more than they needed,” Jeffrey Lieberman, psychiatrist-in-chief of Columbia University Medical Center, told STAT. Although expressing concern, Lieberman is not wholly opposed to attempting ketamine as a treatment for depression if other therapies don’t work. “This is not snake oil,” he said. “It’s not something that has to be stamped out. It’s something that has to be reined in.”

Meanwhile, biopharma continues to work on developing new drugs for depression. In June 2018, Dublin-based Alkermes presented clinical data at the American Society of Clinical Psychopharmacology (ASCP) Annual Meeting outlining research of its ALKS 5461 for major depressive disorder. ALKS 5461 is a once-daily oral drug that acts as an opioid system modulator and is a novel mechanism of action for adjunctive treatment of major depressive disorder (MDD) in patients who don’t respond to standard antidepressants. It is a fixed-dose combination of buprenorphine, a partial mu-opioid receptor agonist and kappa-opioid receptor antagonist, and samidorphan, a mu-opioid receptor antagonist.

New York-based Intra-Cellular Therapies is developing lumateperone for symptoms related to schizophrenia, including depression. The company also presented data in June at the ASCP Annual Meeting. In a statement, Philip D. Harvey, Leonard M. Miller Professor of Psychiatry and Behavioral Sciences at the University of Miami Miller School of Medicine said, “All negative symptoms do not have the same impact on functional outcomes and the domain of symptoms (emotional experience) improved by lumateperone are the most important predictors of social dysfunction in schizophrenia. The fact that lumateperone selectively improves these negative symptoms suggests the potential for improved social outcomes in people with schizophrenia.”

Cambridge, Mass.-based SAGE Therapeutics is developing brexanolone for postpartum depression. In August, the U.S. Food and Drug Administration (FDA) accepted the company’s New Drug Application (NDA) for Zulresso (brexanolone injection) for postpartum depression. The agency’s target action date for approval is December 19, 2018. If approved, the company expects to launch the drug in the first half of 2019.

In May, Allergan exercised its option to acquire AGN-241751 from Evanston, Ill.-based Aptinyx for neurologic disorders. The drug is an oral N-methyl-D-aspartate (NMDA) receptor modulator. Allergan indicated it plans to use it as a complement to a Phase III depression treatment. The deal was part of a 2015 deal. The drug is being developed to treat neurologic disorders.