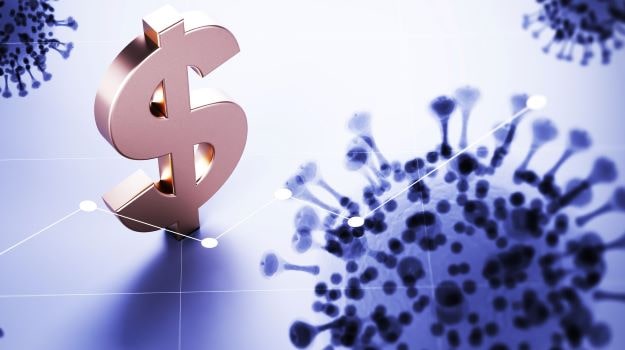 While COVID-19 appears to be surging again in the U.S. and Europe, the government is spending billions of dollars to acquire antibody and antiviral therapies and edging toward vaccination boosters for all adults. Here’s a look.

The U.S. government inked contracts with U.K.-based GlaxoSmithKline and U.S.-based Vir Biotechnology worth $1 billion for doses of their COVID-19 antibody treatment, sotrovimab. The companies said this would bring their total number of doses to more than 750,000 around the world, with 10,000 going to Canada and 220,000 going to the European Union. The treatment delivery is expected in the U.S. by December 17 and has the brand name of Xevudy.

In clinical trials, Xevudy reduced the risk of COVID-19 by 79%. It was authorized for Emergency Use Authorization (EUA) in the U.S. in May to prevent mild or moderate cases from becoming worse.

George Scangos, Ph.D., chief executive officer of Vir, said, “Given ongoing evidence, which demonstrates its ability to maintain activity against the tested circulating variants of concern, including Delta, we are confident sotrovimab will continue to be important.”

Pfizer announced it was requesting EUA from the U.S. Food and Drug Administration (FDA) for its oral antiviral drug, Paxlovid (ritonavir), to treat mild to moderate COVID-19 patients at increased risk of hospitalization or death. Paxlovid is an oral 3CL protease inhibitor that could be prescribed as an at-home treatment at the first sign of infection in high-risk patients.

Pfizer is submitting interim results from the Phase II/III EPIC-HR trial. The studies were halted early because of strong efficacy signals. The drug reduced the risk of hospitalization or death by 89% compared to placebo if given within three or five days of symptom onset. Pfizer also said it plans to invest up to about $1 billion of its funds to support manufacturing and distribution.

The Biden administration is expected to acquire 10 million courses of the drug for $5 billion. The drug is given twice a day for five days.

Merck and Ridgeback Biotherapeutics have also requested an EUA for their own antiviral drug, molnupiravir. The FDA’s Antimicrobial Drugs Advisory Committee is scheduled to meet on November 30 to discuss and recommend the therapy, similar to Paxlovid. It is an oral antiviral that can be taken at the first signs of infection. In Phase III studies of mild-to-moderate COVID-19, it reduced the risk for hospitalization and death in adults by about 50%.

FDA Expected to Authorize Pfizer-BioNTech Boosters for All Adults

Pfizer and BioNTech have submitted an EUA to the FDA for all adults, regardless of risk, to be eligible for booster shots of their COVID-19 vaccine. They are already authorized for adults over the age of 65 and all others that are considered at high risk or who live or work in areas that put them at high risk. The FDA is expected to greenlight it soon. CNN reports that some states are not waiting, and that Arkansas, California, Colorado, New Mexico and West Virginia have already expanded eligibility for boosters to everyone 18 and older, six months after the second dose.

Resolve to Save Lives, a nonprofit based in New York City, launched an ad campaign on November 16 that focuses on three people in their 20s who have had long-COVID. TTom Frieden runs the nonprofit a former director of the U.S. Centers for Disease Control and Prevention (CDC). One of the speakers is Katelyn Van Dyke, 20, of Mt. Zion, Ill. She picked up COVID-19 from a sick boyfriend in November 2020 and was diagnosed with long-COVID in January. She has reported symptoms such as memory loss. Another, Rob Smith, 22, of San Antonio, Texas, is suffering from weakened respiratory system, and Air Force veteran Isaiah Smith, 26, of Merrillville, Ind., is struggling with chest pains and muscle weakness.

The messaging has received support from a number of state public health officials, particularly as younger people tend to be unvaccinated.

Daily Cases in the U.S. Up 27% in Last Three Weeks

According to the CDC, COVID-19 cases in the U.S. have increased almost 27% in the last three weeks. As of November 14, the 7-day average was 80,823 daily cases, up from 63,852 on October 24. This appears to be a lag from Europe, which is the current epicenter for the pandemic. The American Academy of Pediatrics also issued a report showing that pediatric cases were rising in the U.S., with 122,000 cases recorded last week.

George Rutherford, M.D., an epidemiologist at the University of California, San Francisco, told NPR, “I hate to say it, but I suspect we’re at the start of a new winter surge.”