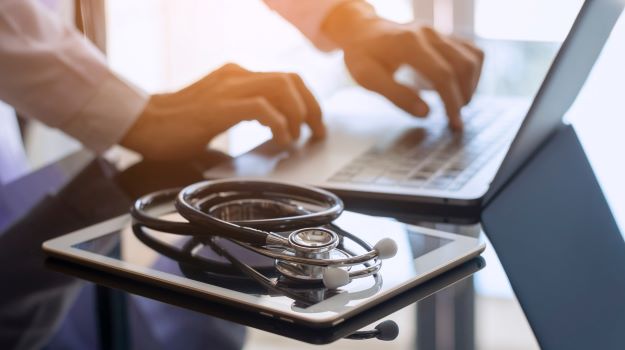 With the last full week before the Thanksgiving week in the U.S., companies had a fair amount of clinical trial news. Here’s a look.

RedHill Biopharma enrolled the last patient in Part A of the Phase II/III trial of RHB-107 (upamostat) for non-hospitalized, symptomatic COVID-19 patients. The drug is a once-daily, orally administered antiviral that targets human serine proteases.

AstraZeneca reported that its antibody treatment for COVID-19, AZD8442, was 83% effective at preventing development of symptomatic disease. In an earlier analysis, the risk of developing severe disease was decreased by 77%. Three-quarters, or more than 75%, of the people in the study had underlying health conditions that placed them at high risk of severe COVID-19, including compromised immune systems.

Todos Medical completed enrollment of its Phase II trial of Tollovir for COVID-19 in hospitalized patients to allow for an interim analysis of the data. The drug is an oral antiviral 3CL protease inhibitor and anti-cytokine therapeutic candidate.

Outlook Therapeutics presented data from the Phase III NORSE TWO trial of ONS-5010 for wet age-related macular degeneration and other retinal indications. The drug is an ophthalmic formulation of bevacizumab. The drug, compared to Lucentis (ranibicumab) hit the primary endpoint, superiority to Genentech’s Lucentis at Month 11 (difference in proportion of patients who gained at least 15 letters in best corrected visual acuity).

Inozyme Pharma dosed the first patient in its Phase I/II trial of INZ-701 in adults with ENPP1 Deficiency. The drug is an enzyme replacement therapy for the treatment of mineralization disorders.

Mesoblast Limited announced results from the Phase III trial of rexlemestrocel-L in patients with class II and III chronic heart failure (CHF) with reduced ejection fraction (HFrEF). The data showed a significant relationship between presence of systemic inflammation as quantified by high-sensitivity C-reactive protein (Hs-CRP) and treatment benefit with rexlemestrocel-L on risk of CV mortality, heart attacks or strokes.

The EspeRare Foundation and the Pierre Fabre group launched the EDELIFE clinical trial to confirm the safety and efficacy of ER004, a prenatal treatment for X-linked Hypohidrotic Ectodermal Dysplasia (XLHED), a rare and debilitating congenital disease. ER004 is an in-utero therapy designed to replace the function of endogenous Ectodysplasin A1 (EDA1).

Cellectar Biosciences announced that patients in a Phase I trial of iopofosine I-131 in children and adolescents with r/r high grade gliomas and soft tissue sarcomas demonstrated positive changes in various tumor parameters. The drug is a small-molecule Phospholipid Drug Conjugate that provides targeted delivery of iodine-131 directly to cancer cells while limiting exposure to healthy cells.

Novome Biotechnologies announced positive results from a Phase I trial of orally-administered NOV-001 in healthy volunteers. The study showed the drug had the ability to safety colonize the human gut with a therapeutically engineered microbe and control its abundance via once-daily dosing of a prebiotic control molecule. The company expects to start a Phase IIa trial of the drug in patients with enteric hyperoxaluria.

OWP Pharmaceuticals received approval from the FDA to launch a Phase I study of the first-ever oral suspension of atomoxetine hydrochloride for attention deficit hyperactivity disorder. The drug is a selective norepinephrine reuptake inhibitor.

ORYZON Genomics enrolled the first patient in the EVOLUTION Phase IIb trial of vafidemstat in patients with schizophrenia. Vafidemstat is an oral, CNS optimized LSD1 inhibitor.

Saniona initiated a Phase IIb trial of Tesomet in patients with hypothalamic obesity. The drug is a fixed-dose combination of tesofensine, a triple monoamine reuptake inhibitor, and metoprolol, a beta-1 selective blocker.

Eloxx Pharmaceuticals announced positive topline results from the monotherapy arms of its Phase II trial of ELX-02 in Class 1 cystic fibrosis patients with at least one G542X nonsense allele mutation. The drug was well tolerated and showed a statistically significant reduction in sweat chloride.

OSE Immunotherapeutics and the FoRT Foundation randomized the first patient in the Phase II trial of Tedopi in combination with Bristol Myers Squibb’s Opdivo or chemotherapy as second-line treatment for metastatic non-small cell lung cancer. Tedopi is an innovative combination of neoepitopes.

Imara announced interim analysis data from the FORTE Phase IIb trial of tovinontrine in transfusion-dependent patients with beta-thalassemia. They reported promising trend for transfusion burden reduction at the higher dose. The drug is a highly selective and potent small molecule inhibitor of phosphodiesterase-9 (PDE9).

Tempest Therapeutics dosed the first patient in its Phase Ia/Ib trial with TPST-1495 with Merck’s checkpoint inhibitor Keytruda (pembrolizumab) in patients with solid tumors. TPST-1495 is an oral drug designed to block the tumor-promoting EP2 and EP4 receptors in the prostaglandin (PGE2) pathway, while sparing the homologous but immune-supporting EP1 and EP3 receptors.

Verrica Pharmaceuticals announced the FDA had accepted its IND for the Phase II trial of LTX-315. The drug is a potential first-in-class oncolytic peptide for the treatment of basal cell carcinoma.

Claritas Pharmaceuticals announced that it had terminated its agreement with CMAX Clinical Research for a Phase I Study of R-107 and it will be completed at Scientia Clinical Research. R-107 is a liquid, nitric-oxide-releasing compound.

Orchard Therapeutics published data from the ongoing proof-of-concept study of OTL-203 for the treatment of the Hurler subtype of Mucopolysaccharidosis type I (MPS-IH). OTL-203 is an autologous hematopoietic stem cell gene therapy made up of an individual’s own CD34+ HSCs tranduced ex vivo with a lentiviral vector encoding the alpha-L-iduronidase (IDUA) gene.

UCB reported positive topline interim analysis from the Phase III BE OPTIMAL study of bimekizumab in active psoriatic arthritis. The drug is a dual IL-17A and IL-17F inhibitor. It hit the primary endpoint, demonstrating that significantly more patients receiving the drug achieved 50% or greater improvements and signs and symptoms of disease compared to placebo.

Immutep enrolled the last patient in the expansion stage of Part A of its Phase II TACTI-002 study (also KEYNOTE-798) of eftilagimod alpha and Merck’s Keytruda in patients with second-line head and neck squamous cell carcinoma or NSCLC in first and second line. Eftilagimod alpha is a soluble LAG-3 fusion protein.