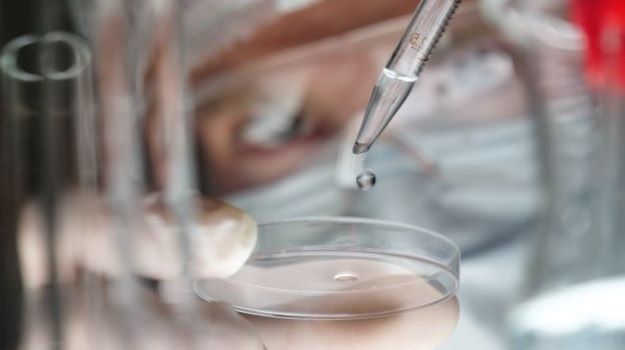 It was another busy week for clinical trial announcements and news. Here’s a look.

Pfizer launched a Phase II/III trial of Paxlovid in non-hospitalized symptomatic pediatric patients at risk for progression to severe COVID-19. Paxlovid is an oral antiviral. The company also reported that the COVID-19 vaccine it developed with BioNTech is moderately effective against the Omicron variant in children ages 5-15, reducing the risk of infection by 31% in children 5-11 and 59% in children 12-15.

Innovation Pharma reported findings from its Brilacidin Phase II COVID-19 study data review and compassionate use of Brilacidin in critically-ill COVID-19 patients. The drug showed promising treatment effects in NEWS2 clinical improvement scores and in patients with the most elevated biomarker levels. Brilacidin is an antiviral drug.

Immunome announced the FDA had lifted the clinical hold on its Investigational New Drug (IND) application for IMM-BCP-01 for COVID-19. The FDA had placed a clinical hold on it due to a request for further data related to the preparation and administration of the antibody cocktail at clinical sites. It is a three-antibody cocktail targeting non-overlapping regions of the Spike protein of SARS-CoV-2.

Alpine Immune Sciences announced the FDA had placed a partial clinical trial on its NEON-2 study of davoceticept in combination with Merck’s Keytruda (pembrolizumab) in adults with choroidal melanoma, a cancer of the eye. The company reported one patient who had received a single dose of each drug had died, which is being attributed to cardiogenic shock.

Astellas Pharma announced results from the Phase III SKYLIGHT 4 trial of fezolinetant for hot flashes and night sweats associated with menopause. The drug is an oral, nonhormonal selective neurokinin-3 receptor agonist. The primary endpoint was an assessment of endometrial health, which the study hit.

OptiNose announced its Phase III ReOpen1 trial hit both its co-primary endpoints. OptiNose XHANCE (fluticasone propionate) Exhalation Delivery System is being developed for chronic sinusitis. The first endpoint was a composite score of nasal congestion and facial pressure sensation with nasal discharge; the second was ethmoid and maxillary sinus volume occupied by inflammation or disease, which was determined via CT scan.

AIM ImmunoTech published positive data from a single-center named patient program treating advanced and metastatic pancreatic cancer patients. Ampligen (rintatolimod) is being evaluated as a monotherapy in an Early Access Program in the Netherlands. Ampligen is a TLR-3 agonist.

Ananda Scientific and NYU Grossman School of Medicine enrolled the first patient in a clinical trial of Nantheia A1002N5S for Opioid Sparing in patients with Radiculopathic Pain Syndromes. The drug is an investigational compound of cannabidiol in the company’s Liquid Structure delivery technology.

CoapTech received an Investigational Device Exemption (IDE) approval from the FDA to initiate its PUMA-G Peds System study. The device is designed to provide a safer and more efficient way to place feeding tubes in children.

Apex Labs received a No Objection Letter (NOL) from Health Canada over its application for a Phase IIa trial of APEX-002-A01-01. This study will evaluate psilocybin in Veterans with post-traumatic stress disorder using the drug product APEX-002-A01. The drug is a low-dose synthetic psilocybin product in development for PTSD and treatment resistant depression.

AlzeCure Pharma announced new data from its ongoing clinical Phase I MAD trial of ACD856. The drug passes the blood-brain barrier and reaches the brain for the treatment of Alzheimer’s disease. The drug is designed to stimulate several important signaling systems in the brain with the idea that this will lead to improved cognition.

Enzychem Lifesciences announced it had completed the final Clinical Study Report (CSR) for their Phase II trial of EC-18 in Chemoradiation-induced Oral Mucositis (CRIOM). The primary efficacy endpoint demonstrated the median duration of SOM from baseline through short-term follow-up period was 0.0 days in the EC-18 group versus 13.5 days in the placebo group. EC-18 acts as an immunomodulator, facilitating the resolution of inflammation and early return to homeostasis.

Oncolytics Biotech announced Phase Ib data demonstrating clinical proof-of-concept for pelareorep-proteasome inhibitor combination therapy in multiple myeloma. The data showed the combination was well-tolerated and led to prolonged PFS of over three years in a subset of patients.

Freeline Therapeutics dosed the first patient in its Phase I/II B-LIEVE trial of FLT180a for hemophilia B. FLT180a uses an AAVS3 capsid to deliver the functioning gene of a variant of human factor IX to restore normal blood clot formation.

Venatorx Pharmaceuticals announced that its Phase III trial of cefepime-taniborbactam for severe bacterial infections, specifically complicated urinary tract infections in adults, had positive outcomes. The drug is a fourth-generation cephalosporin against many gram-negative and gram-positive bacteria and taniborbactam, a beta-lactamase inhibitor.

ExCellThera dosed the first patient in its Phase I/II trial of ECT-001 for pediatric and young adults with high risk myeloid malignancies. ECT-001 is a cell therapy generated from the expansion of cord blood units using the UM171 small molecule and an optimized culture system.

Pipeline Therapeutics reported positive clinical data from its Phase I trial of PIPE-307 in healthy volunteers. The drug is an oral, highly selective antagonist of the muscarinic M1 receptor being developed for multiple sclerosis.

CoCrystal Pharma dosed the first patient in a Phase I trial of CC-42344, an oral antiviral, for pandemic and seasonal influenza A.

Confo Therapeutics dosed the first patients in the Phase I trial of CFTX-1554 for non-opioid treatment of neuropathic pain. The drug is a novel inhibitor of the angiotensin II type 2 receptor.

Emergent BioSolutions dosed the first participant in its Phase I trial of stabilized isoamyl nitrite (SIAN). The drug is being developed for known or suspected acute cyanide poisoning. It is being developed as a single-use intranasal spray intended for use by first responders and medical personnel after a cyanide incident.