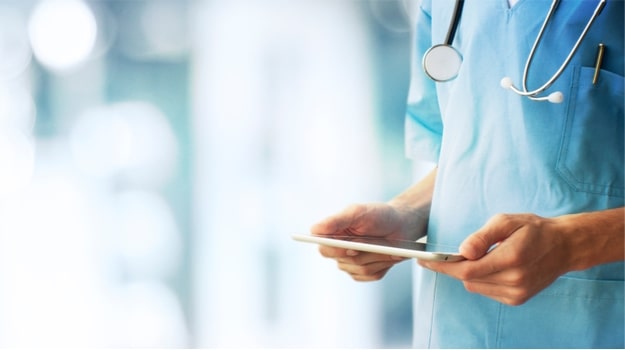 Although mostly quiet in terms of COVID-19-related clinical trial news, there were plenty of other releases for other indications last week. Here’s a look.

Synairgen reported that its Phase III trial of SNG001, an inhaled COVID-19 treatment, missed its primary endpoint and key secondary endpoints. SNG001 is a pH-neutral formulation of interferon-beta designed for inhalation.

Homology Medicines reported the FDA had placed a clinical hold on its clinical trial of HMI-102 in adults with phenylketonuria (PKU). The reason is elevated liver function tests.

Innovent Biologics dosed the first patient in the study of its first-in-class IgG-based universal “modular” Claudin 18.2-targeting CAR-T treatment for advanced Claudin18.2-positive solid tumors. The study is being conducted in China. The solid tumors are gastric and pancreatic cancer.

Revotek received clearance from the National Health Commission of China to launch a clinical study in the West China Hospital, Chengdu, of its first stem cell 3D bioprinting product, REVOVAS. It is intended for patients with Peripheral Artery Diseases (PAD).

Mallinckrodt Pharmaceuticals reported that the FDA issued a Complete Response Letter (CRL) for its terlipressin for hepatorenal syndrome (HRS). It appears to be related to the company having to have a new packaging and labeling manufacturing plant for the drug prior to the PDUFA date, which didn’t give the agency enough time to inspect it. A satisfactory inspection is required prior to approval. It appears to be the only issue in the CRL.

4D Pharma received clearance from the FDA for a Phase I trial of MRx0005 and MRx0029 for Parkinson’s disease. Both drugs are single strains of gut commensal bacteria that have been isolated from healthy human donors, grown and formulated for oral administration and selective delivery to the gut. They protect against the loss of dopamine metabolites and dopamine-producing neurons in the brain.

Otonomy, Inc. completed enrollment in its Phase II trial of OTO-313 for tinnitus. The drug is a sustained-exposure formulation of gacyclidine, a potent and selective NMDA receptor antagonist.

Marinus Pharmaceuticals reported that its Phase III RAISE trial of IV ganaxolone for status epilepticus will be delayed and not completed until the second half of 2023. The company cited the impact of the Omicron variant on hospital resources and an unexpected interruption of its clinical supply material related to IV ganaxolone. The company temporarily paused the RAISE trial after they found they had to decrease the shelf life of their drug in order to meet product stability testing specifications. As a result, it needed to resupply the clinical material, which is taking time, likely until the end of this year’s second quarter.

Horizon Therapeutics enrolled the first patient in a Phase III trial in Japan of teprotumumab for active Thyroid Eye Disease (TED). Teprotumumab is marketed in the U.S. under the brand name Tepezza. It is a fully human monoclonal antibody, a targeted inhibitor of insulin-like growth factor-1 receptor (IGF-1R).

Recce Pharma dosed the final three subjects of cohort three of its Phase I trial of RECCE 327. The data indicated the drug was safe and well-tolerated at 500 mg with no clinically significant changes in vital signs or adverse events associated with the drug. R327 is a new class of antibiotics being developed for sepsis.

AbbVie announced positive topline data from the Phase III U-EXCEL induction study of Rinvoq (upadacinib) in moderate to severe Crohn’s disease. The trial hit both primary endpoints of clinical remission and endoscopic response at week 12. Rinvoq is a selective and reversible JAK inhibitor.

CeraPedics completed enrollment of the Phase III ASPIRE trial to evaluate the safety and efficacy of P-15L Bone Graft for use in transforaminal lumbar interbody fusion (TLIF) surgery in patients with degenerative disc disease. P-15L Bone Graft is a next-generation P-15 (small peptide) technology platform candidate. It uses a small peptide as an attachment factor to stimulate the natural bone healing process.

American Gene Technologies announced that the independent Institutional Review Board (IRB) gave the green light for the company to proceed with analytic treatment interruption (ATI) to determine if the company’s cell therapy can functionally cure HIV. Six patients have received the treatment, with the first five showing safety and efficacy. The sixth patient was infused on February 9, with no adverse events so far. The therapy, AGT103-T is a genetically modified cell product from a person’s own cells.

Seagen and Genmab presented preliminary data from the Phase II innovaTV-207 trial of Tivdak (tisotumab vedotin) as a monotherapy for squamous cell carcinoma of the head and neck (SCCHN) patients who experienced disease progression on or after first-line platinum-continuing treatment and a checkpoint inhibitor. Early data demonstrated a manageable safety profile and promising preliminary antitumor activity.

Aquestive Therapeutics (Formerly known as MonoSolRx) announced positive topline data from Part 1 of the EPIPHAST study of AQST-109 epinephrine oral film. The data showed that key PK measures were aligned with previous favorable results. The formulation is being compared to intramuscular injection of epinephrine.