Who are the 10 Most Innovative Biopharma Companies? 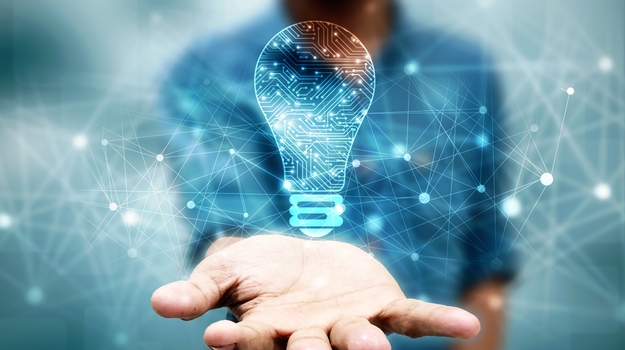 As the annual JP Morgan Healthcare Conference draws to a close, let’s celebrate the remarkable innovation that drives the biopharma industry. Here’s a look at the top 10 companies noted in the BioSpace Ideal Employer 2019 survey for being the most innovative and what they’ve been up to recently.

Regeneron Pharmaceuticals. Ranked as the top innovator in the survey, Regeneron has long had a reputation for innovation, and is often cited as Sanofi’s “innovation engine” because of its numerous collaborations with the French-based company. Regeneron has seven marketed products, including Arcalyst for rare autoinflammatory disease, Eylea for a common cause of blindness, Praluent for high cholesterol, and Dupixent for atopic dermatitis. It also has REGN-EB3, a three-antibody therapy used to treat Ebola.

On January 9, Regeneron announced results from LUMINA-1, a Phase II trial of garetosmab in patients with fibrodysplasia ossificans progressive (FOP), an ultra-rare genetic disorder that leads to abnormal bone formation. After 28 weeks, the drug decreased total lesion activity compared to placebo by 25%.

Verily Life Sciences. Formerly known as Google Life Sciences, Verily is Alphabet’s life science research company. It was originally a division of Google X. At this point, the company doesn’t have any marketed products and it’s not completely clear on the company’s overall focus. It has numerous partnerships, such as one with Sanofi to develop products for managing diabetes, a disease-detecting nanoparticle platform called project Tricorder, and a partnership with Johnson & Johnson on surgical robotics. It also has partnerships with Alon, 3M, Allergan, Biogen, Dexcon, GlaxoSmithKline, Mayo Clinic, Brigham and Women’s Hospital and many others.

On December 23, 2019, Verily partnered with Emory Healthcare to “deploy new solutions to help improve cost-effectiveness, operational efficiency and quality.” This deal with utilize Emory’s academic medical center and partner with Verily’s expertise in data science, analytics, user experience and product development. The initial focus is a deep analysis of existing drugs and lab-ordering patterns at Emory.

That deal came only a short time after Illumina canceled a $1.2 billion merger with another next-generation sequencing company, Pacific Biosciences (PacBio). Illumina decided the deal was not likely to be approved by antitrust regulators in the U.S. and UK. Illumina holds about 80% of the global DNA sequencing market.

bluebird bio. Bluebird bio focuses on the nascent field of gene therapy. Currently its sole approved product is Zynteglo. It was approved by the European Commission (EC) on June 14, 2019 for patients 12 years or older with transfusion-dependent beta-thalassemia who did not have a β0/β0 genotype and for patients where hematopoietic stem cell (HSC) transplantation wasn’t appropriate, but a human leukocyte antigen (HLA-matched related HSC donor isn’t available. It’s a little difficult to mention bluebird without mentioning the price of Zynteglo, which is $1.8 million in Europe. In addition to its scientific innovation, bluebird bio is innovative in terms of pricing structure. Zynteglo’s price is spread out over five years, with an initial upfront price of 315,000 euros with the four additional yearly payments due only if the treatment continues to work.

The product launched in Germany on Jan. 13, 2020. Bluebird initiated the rolling Biologics Licensing Application for Zynteglo in the U.S. and is currently in discussions with the U.S. Food and Drug Administration (FDA) on the timing and various components of the submission. They hope to complete the BLA submission in the first half of this year.

Biogen. Biogen specializes in therapies for central nervous system disorders. Some of its most well-known products are Alprolix for hemophilia B, Avonex, Fampyra, Tecfidera and Tysabri for multiple sclerosis, and Spinraza for spinal muscular atrophy (SMA). However, most recently, the company has been in the headlines for its aducanumab for Alzheimer’s disease. The drug was declared a failure in March 2019, but was resurrected this year after some of the later trial data showed effectiveness at the highest dose. Still, it’s not a slam dunk to be approved by the FDA and there are plenty of skeptics.

Analysts expect Biogen to submit aducanumab to the FDA in a matter of weeks, although the company is being tight-lipped about the timetable.

Bayer. Based in Germany, Bayer is one of the largest pharma companies in the world. In 2018, Bayer acquired U.S.-based Monsanto, which no longer exists under the Monsanto name. The company’s business units include Bayer Crop Science, Consumer Health, Pharmaceuticals, Animal Health and Business Services.

On Jan. 16, 2020, Bayer sold one of its last Germany-based manufacturing facilities to Shanghai, China-based WuXi Biologics. The plant will be run by WuXi Biologics and act as a backup site for the manufacture of Bayer’s Kovaltry (antihemophilic factor). The primary site for Kovaltry product is Bayer’s facility in Berkeley, California.

Novartis. Based in Switzerland, Novartis has a well-known portfolio of drugs, including Clozaril, Voltaren, Tegretol, Diovan, Gleevec, and Ritalin. Its Sandoz Division is a global leader in generic drugs and biosimilars.

Last year, the FDA approved Zolgensma, a gene therapy for SMA, which was developed by its subsidiary, AveXis. Although there was some controversy over data manipulation in preclinical studies, it was determined not to affect the safety or efficacy of the therapy.

GlaxoSmithKline. Headquartered in London, GSK markets drugs for numerous major diseases, such as asthma, cancer, infections, diabetes and mental health. Its best-known drugs include Advair, Augmentin, Flovent, Lamictal and others.

At the recent JP Morgan Healthcare Conference, Emma Walmsley, GSK’s chief executive officer, predicted it will have six regulatory approvals in the U.S. this year.

“I am pleased with the progress and the momentum that we’ve been able to make over the past couple years,” she told CNBC’s Jim Cramer.

Walmsley noted positive data for a number of programs, including ones gained from its $5.1 billion acquisition of Tesaro Oncology in 2018. She also noted a two-drug regimen for HIV that the company’s subsidiary ViiV Healthcare has been developing.

Genentech. Generally viewed as the first modern biotechnology company, Genentech is a subsidiary of Swiss-based Roche, although Genentech is based in South San Francisco. It has a laundry list of successful drugs, often in the oncology market, such as Avastin, Tarceva, Zelboraf, Kadcyla, Alecansa, Venclexta and Tecentriq. It also has antivirals, such as Xofluza, Hemlibra for hemophilia A, and Esbriet for idiopathic pulmonary fibrosis.

On Dec. 12, 2019, Genentech announced that its Phase III IMspire150 trial in patients with previously untreated BRAF V600 mutation-positive advanced melanoma, hit its primary endpoint of progression-free survival (PFS). It showed adding Tecentriq to Cotellic and Zeleboraf decreased the risk of the disease getting worse or death, compared to placebo plus Cotellic and Zelboraf.

Amgen. Based in Thousand Oaks, California, Amgen’s best-selling products are Neulasta, an immunostimulatory for patients undergoing chemotherapy, and Enbrel, used to treat rheumatoid arthritis and other autoimmune diseases. Other products include Epogen, Aranesp, Prolia and XGeva.

On Nov. 1, 2019, the company expanded its presence in China by taking a 20.5% stake in China-based BeiGene Co. Amgen paid $2.7 billion in cash for the stake. As a result of the deal, BeiGene will commercialize Xgeva, Kyprolis and Blincyto in China.

On Jan. 13, 2020, the company inked strategic collaborations with Guardant Health and QIAGEN to develop blood- and tissue-based companion diagnostics for investigational cancer treatment AMG 510. AMG 510 is the first KRASG12C inhibitor to advance to the clinic for multiple cancer types.