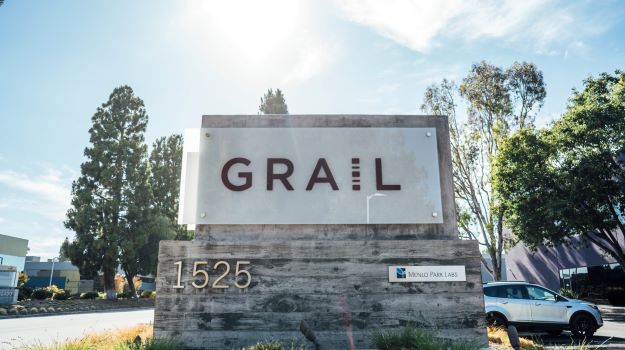 This weekend, at the 2021 ASCO Annual Meeting, Menlo Park, Calif.-based GRAIL presented the first data from the interventional PATHFINDER trial of Galleri, its multi-cancer early detection (MCED) blood test. Galleri is now available in the U.S. by prescription.

Gene sequencing giant Illumina is attempting to acquire Grail, but the merger has been delayed after the Federal Trade Commission (FTC) filed an administrative complaint, authorizing a federal court lawsuit to block the $8 billion acquisition. The FTC is arguing that Illumina will be the sole company to provide DNA sequencing used in MCED tests if the acquisition goes through.

Other companies are working on these kinds of tests, also referred to as liquid biopsy tests. Redwood City’s Guardant Health has liquid biopsies and works with drug developers on selecting patients for oncology clinical trials. It is developing a test for colorectal cancer in patients who don’t show symptoms.

South San Francisco-based Freenome is also working in this area. On May 21, it presented data at the Digestive Disease Week (DDW) 2021 Annual Meeting showing results from two studies in colorectal cancer using a routine blood draw.

Girish Putcha, the co-author of the studies and Freenome’s chief medical officer, said, “These studies demonstrate that two features of a blood-based CRC screening test like Freenome’s – detection of advanced adenomas and greater patient adherence – can meaningfully improve the clinical benefits of CRC screening.”

Of the new cancers detected, almost 40% were localized, stages I and II, and more than half were identified before distant metastases, stages I-III. The participants in the study will be followed for 12 months, with final results in the first half of next year.

“The interim results of PATHFINDER demonstrate a routine blood test is capable of detecting many different cancers even before symptoms arise, an approach that has significant potential advantages,” said Tomasz M. Beer, deputy director at the OHSU Knight Cancer Institute and presenting author.

“Most importantly, it can detect cancers that have no recommended screening tests today, and more than two-thirds of cancers go unscreened for this reason. These results are a pivotal step toward extending early detection to many more types of cancer.”

The PATHFINDER study suggested that the likelihood that a person has cancer when a positive test, known as positive predictive value (PPV), was 44.6%, consistent with results from the company’s case-controlled Circulating Cell-free Genome Atlas (CCGA) Study.

They further indicated that once the cancer was confirmed, Galleri’s first or second cancer signal original prediction was accurate 96.3% of the time, with a median observed time to cancer diagnosis of 50 days. There were only four study-related adverse events, two associated with mild anxiety before the test, one to mild anxiety about the blood draw, and one related to mild bruising.

In an observational study, Galleri was able to detect more than 50 types of cancer. Of those 50, 45 do not have recommended screening tests in the U.S.