Vaccines: A Healthcare Revolution and High Return on Investment 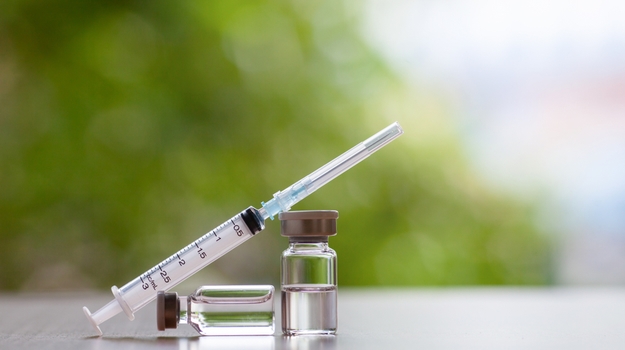 Historically, the first disease to be totally eradicated by vaccines was smallpox. This vaccine was first introduced in 1796 by Edward Jenner. He had noted that milkmaids who had caught cowpox did not catch smallpox. He lanced a cowpox lesions from Sarah Nelms, a young dairymaid and inoculated an eight-year-old boy, James Phipps, with it. The boy developed a mild fever discomfort but recovered. Two months later Jenner inoculated Phipps with a fresh smallpox lesion. The boy did not come down with smallpox.

Before 1980, the disease killed three out of every 10 people infected. It killed hundreds of millions of people worldwide before it was eradicated.

From 1966 to 1977, the World Health Organization undertook a global campaign to eliminate the disease via a worldwide vaccination program. The last known naturally occurring smallpox case was seen in October 26, 1977, in Merka, Somalia. By 1980, WHO declared smallpox eradicated.

There are two known stockpiles of variola, the virus that causes smallpox—in Atlanta, Georgia, at the U.S. Centers for Disease Control and Prevention (CDC) and the Russian State Center for Research on Virology and Biotechnology in Koltsovo, Russia.

Another human disease that has been eradicated, is rinderpest, or “cattle plague,” which was eradicated in 2011.

Modern vaccines have been used, and are being developed, to control, prevent or, hopefully, eradicate some diseases. They often use a weakened or dead virus or bacteria, or antigens found on their surface, to trigger a protective immune response. However, increasingly, vaccine technology utilizes other approaches to vaccinate against not only infectious diseases, but also diseases like cancer.

14 Diseases that Vaccines Control or Have Eliminated

The CDC prepared a list of 14 diseases that people have almost forgotten about, because of vaccines. They include:

According to the Pharmaceutical Research and Manufacturers of America (PhRMA), there are 264 vaccines in development to prevent and treat diseases. These include infectious diseases (137), cancer (101), allergies (10), autoimmune disease (8) and Alzheimer’s disease (4).

Here are some recent stories about vaccines:

• In May, the U.S. Food and Drug Administration (FDA) approved Sanofi’s Dengvaxia, a vaccine for all four serotypes of dengue. The disease, a hemorrhagic fever, is endemic in the U.S. territories of Puerto Rico and the U.S. Virgin Islands. The vaccine has a controversial history. It was pulled from the Philippine market in 2017 over safety concerns. However, it has been approved in 10 countries in Latin America and Asia where the disease is endemic. It was approved in Europe in December 2018.

• On November 7, Takeda Pharmaceutical announced that its dengue fever vaccine hit its primary efficacy endpoint in its Phase III clinical trial. The trial evaluated the vaccine in 20,000 patients in Latin America and Asia.

• In October 2019, 4D Pharma, based in Leeds, UK, partnered with U.S.-based Merck to develop Live Biotherapeutics vaccines. Outside the U.S., Merck & Co. is known as MSD. 4D Pharma focuses on the microbiome, the trillions of microorganisms that live in the human body. Live Biotherapeutics are a new class of medicines made up of strains of gut long-term bacteria originally isolated from healthy human donors. They are then encapsulated and administered orally, where they are selectively delivered to the gut where they can interact with the patient to exert therapeutic effects.

Under the terms of the deal, 4D will use its proprietary MicroRx platform with Merck’s expertise in novel vaccine development and commercialization to discover and develop Live Biotherapeutics (LBPs) as vaccines in up to three currently undisclosed indications.

• Also in October, researchers with the Washington University School of Medicine developed a technique to improve on cancer immunotherapy and vaccines. Currently, cancer vaccines and immune checkpoint therapies rely on a knowledge of MHC class I genes that activate killer T-cells. The new research looks at another group of genes, MHC class II, that activate the helper T-cells. One of Schreiber’s co-authors, Maxim N. Aryomov, an associate professor of pathology & immunology, developed a computer program that predicts which mutant proteins (antigens) on a tumor will specifically activate helper T-cells.

“The idea of giving checkpoint inhibitors along with a tumor-specific vaccine—especially a vaccine that activates both killer and helper T-cells—is just beginning,” said Robert D. Schreiber, the Andrew M. and Jane M. Bursky Distinguished Professor, and senior author of the study. “But based on our study, the combination is likely to be more effective than any of the components alone. Today, when we treat a particular tumor type with checkpoint inhibitors, maybe 20% of the patients respond well. We’re hoping that with a vaccine plus checkpoint inhibitors, the number of patients who respond well will go up to 60 to 70%. We haven’t tried that yet in patients, but that’s the hope.”

The War on Antibiotic-Resistant Infections

A recent CDC report, “Antibiotic Resistance Threats in the United States, 2019,” found that more than 2.8 million antibiotic-resistant infections occurred in the U.S. each year, killing more than 35,000 people. In 2017, the agency found that there were 223,900 cases of Clostridioides difficile (C. diff) infections, resulting in at least 12,800 deaths.

The report underlines the importance of funding the development of new antibiotics and the effectiveness of vaccines. The U.S. government does fund quite a bit of research into anti-infectives, largely through the Department of Defense and Health and Human Services’ Biomedical Advanced Research and Development Authority (BARDA). Moderna, for examples, receives quite a bit of funding for its mRNA vaccines and anti-infectives programs, as well as the Bill & Melinda Gates Foundation, which invests heavily in companies working on vaccine and antibiotics research.

CARB-X is a program led by Boston University and funded by BARDA, the Wellcome Trust, the Gates Foundation and U.S. and European government agencies. Between 2016 and 2021, CARB-X plans to invest more than $500 million into vaccine and antibiotic research and has already made 44 awards totaling $126.1 million.

Vaccines provide an unusual return on investment. Not only have vaccines eliminated or minimized some of the most serious infectious diseases the world has ever known, a 2016 Johns Hopkins University study found that for every dollar invested in vaccination in the 94 lowest-income countries in the world, $16 were expected to be saved in healthcare costs, lost wages and lost productivity. Taking into consideration healthier and longer lives and the long-term burden of disability, the net return increases to $44 per $1 invested.