Working on the Next Generation of Immuno-Oncology Therapies 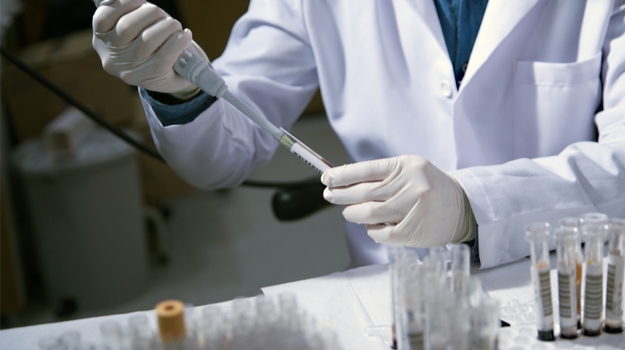 The area of immunotherapy and immuno-oncology has exploded in the last few years, but researchers are focused on improving the techniques. Scientists with the Washington University School of Medicine may have found a way.

Cancer immunotherapies work in a couple different ways. One is to stimulate the immune system to focus on cancer cells. This is how the CAR-T therapies, Novartis’ Kymriah (tisagenlecleucel) and Gilead Sciences’ Yescarta (axicabtagene ciloleucel), work. Blood is drawn from cancer patients, T-cells are isolated, then engineered to intensely focus on the patient’s specific cancer cells, then reinfused into the patient.

The new research found that other T-cells than the killer T-cells usually stimulated in immunotherapies can improve on these therapies. The WU researchers focused on helper T-cells, whose job it is to recognize cancer as a threat and recruit killer T-cells.

“Immunotherapy presents tremendous promise for cancer treatment, but we haven’t yet found a way to make it widely effective,” said Robert D. Schreiber, the Andrew M. and Jane M. Bursky Distinguished Professor, and senior author of the study. “It still doesn’t work for many patients, particularly for common cancers, such as breast or prostate. We want to understand why they are ineffective in these cases so we can make better therapies. Our research suggests that immunotherapy is likely to be more effective when a vaccine is used alongside checkpoint inhibitors.”

Currently, cancer vaccines and immune checkpoint therapies rely on a knowledge of MHC class I genes that activate killer T-cells. The new research looks at another group of genes, MHC class II, that active the helper T-cells. One of Schreiber’s co-authors, Maxim N. Aryomov, an associate professor of pathology & immunology, developed a computer program that predicts which mutant proteins (antigens) on a tumor will specifically activate helper T-cells.

“For killer T-cells, we’re relatively good at looking at a patient’s tumor, seeing what mutations are present and figuring out which mutations are most likely to trigger killer T-cells to respond,” said Elise Alspach, first author and postdoctoral research associate in Schreiber’s lab. “But the ability to do this for helper T-cells has lagged far behind.”

The most effective anti-cancer response was observed when checkpoint inhibitors were combined with a vaccine that targets both helper and killer T-cells specific to the patient’s cancer cell antigens.

“The idea of giving checkpoint inhibitors along with a tumor-specific vaccine—especially a vaccine that activates both killer and helper T-cells—is just beginning,” Schreiber said. “But based on our study, the combination is likely to be more effective than any of the components alone. Today, when we treat a particular tumor type with checkpoint inhibitors, maybe 20% of the patients respond well. We’re hoping that with a vaccine plus checkpoint inhibitors, the number of patients who respond well will go up to 60 to 70%. We haven’t tried that yet in patients, but that’s the hope.”