Top 5 Women Executives in the Biopharma Industry by Compensation 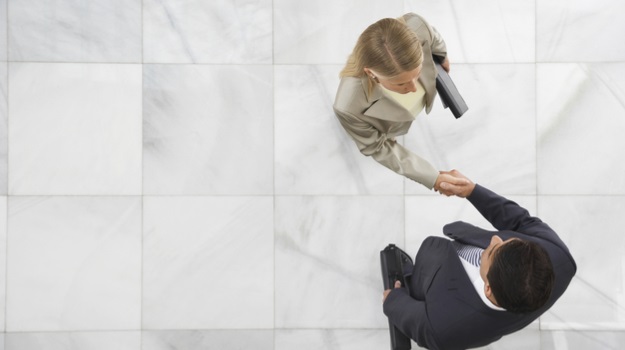 In 2017, the Massachusetts Biotechnology Council (MassBIO) and Liftstream, an executive recruiting company, issued a report, “Opening the Path to a Diverse Future.” The report cited that the percentage of men and women entering biopharma were almost equal, with 49.6 percent women and 50.4 percent men, but women only made up 24 percent of C-suite executives, and only 14.4 percent of company boards.

Not only are they generally underrepresented, but compared to many of the top male executives, underpaid. Whereas the top paid female executive received $17.2 million in compensation last year, Regeneron Pharmaceuticals’ president and chief executive officer Leonard Schleifer brought in $47,462,526 in compensation in 2017.

Here’s a closer look at the top five female executives by pay in the biopharma industry.

#1. Sandra E. Peterson. Peterson is the Group Worldwide Chair for Johnson & Johnson, and as such, is responsible for J&J’s Consumer and Medical Device businesses, which together create about $40 billion in revenue. She also oversees the company’s global supply chain, quality, and technology operating infrastructure, global design and Health & Wellness Solutions.

#2. Martine Rothblatt. Rothblatt is the founder, chair and chief executive officer of United Therapeutics. In 2017, her compensation was $16,478,000, up from $15,424, 329 in 2016. Her background is a little unusual for a biopharma executive. She co-founded Sirius XM in 1990, but left the company in 1993 after its initial public offering. After her daughter was diagnosed with pulmonary arterial hypertension, she founded United Therapeutics, which currently markets five FDA-approved drugs for the disease.

Rothblatt graduated from the University of California, Los Angeles with a combined law and MBA degree, and started work in Washington, D.C., first in communications satellite law, and eventually in the Human Genome Project. In 2001, she received her PhD in medical ethics at the Barts and The London School of Medicine and Dentistry, Queen Mary University of London.

She is also the author of at least six books, including “The Apartheid of Sex,” “Unzipped Genes” and “Virtually Human: The Promise—and the Peril—of Digital Immortality.”

Prior to AbbVie’s split from Abbott, Schumacher was executive vice president, general counsel and secretary, as well as headed the Office of Ethics and Compliance. She has also led Licensing & Acquisition and Ventures and Early Stage Collaborations for both AbbVie and Abbott. She also is on the board of General Dynamics.

#4. Heather Bresch. Bresch is the chief executive officer of Mylan NV, as well as one of the board of directors. She joined Mylan in 1992 as a data-entry clerk. In 2012, she became the pharmaceutical industry’s first female chief executive officer of a Fortune 500 company. She led the successful integration of two of Mylan’s international acquisitions, Matrix Laboratories and Merck KGaA’s generics and specialty business, which more than doubled the size of the company. She also oversaw the tax inversion that created Mylan NV, with a business domicile in the Netherlands.

#5. Maria Teresa Hilado. Hilado retired as chief financial officer of Allergan in the first quarter of 8 Her compensation in 2017 was $10,761,583. In 2016, her compensation was $1,261,052. She was chief financial officer of Allergan starting in December 2015. Prior to joining Allergan, she was senior vice president, finance and treasurer of PepsiCo from 2009 to 2014. She was previously vice president and treasurer for Schering-Plough from 2008 to 2009 and spent more than 17 years with General Motors in leadership roles, including assistant treasurer from 2006 to 2008 and chief financial officer, GMAC Commercial Finance from 2001 to 2005.

She received a Bachelor’s degree in management engineering from Ateneo de Manila University in the Philippines and an MB A from the University of Virginia’s Darden School of Business Administration.