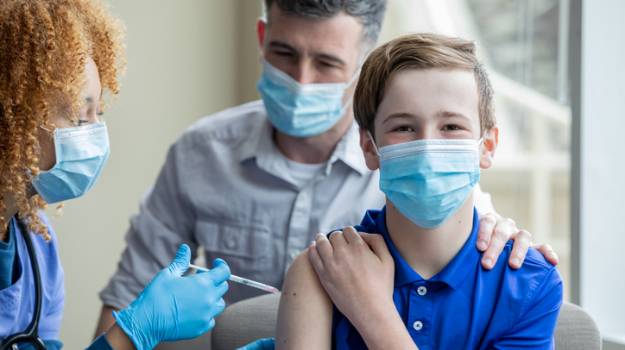 The medical establishment says the COVID-19 vaccine is safe for children as young as 5 years, but despite approval from the U.S. Food & Drug Administration and recommendation from the Center for Disease Control & Prevention, many parents are unsure about the need for this vaccination.

They’ve read about cases of heart inflammation and they remember that children were largely spared by the early strains of the SARS-CoV-2 virus. Now, they’re trying to weigh the risks and benefits in an environment of vaccine mandates and misinformation.

BioSpace did a deep dive into this subject in search of concrete answers. Here’s what we found.

1. What’s the risk to children today from COVID-19?

When the pandemic began, there was little risk to children. That appears to still be the case, despite the emergence of the fast-spreading Delta variant, according to physicians at Boston Children’s Hospital and many other researchers. The fact is that no one knows for sure at this point how or to what extent Delta will affect children.

Severity of the disease is, as in adults, exacerbated by underlying medical conditions (including obesity, asthma, cancer and diabetes), researchers at Johns Hopkins Medical Center say. Black or Latino children are considered particularly vulnerable, although that is based on the assumption of limited access to healthcare.

Long-haul cases are developing. The most recent data from Sermo’s COVID-19 Real Time Barometer survey indicates that 26% of the 1,528 physicians responding to the survey from throughout the world have seen long-haul cases among children. The most common symptoms are fatigue, headaches, cold-like symptoms, respiratory issues and loss of the sense of taste or smell. The instances were less severe than in adults. In 36% of those cases, the symptoms lasted less than four weeks, and 57% were resolved within six weeks.

2. Which vaccines are available for children?

Pfizer and BioNTech’s Comirnaty is the only COVID-19 vaccine authorized in the U.S. for use in children.

Moderna delayed its application for emergency use authorization (EUA) for pediatric application in the U.S. to allow the FDA more time to review its vaccine, but on Tuesday (November 9) the company filed for authorization in Europe with the European Medicines Agency (EMA) for use in children age 6 to 11. That same day, France denied Moderna’s application for use in those under 30, citing a greater risk of myocarditis.

3. How great is the risk of myocarditis?

According to an August report in Morbidity and Mortality Weekly, of the 8.9 million adolescents aged 12-17 who received the Pfizer/BioNTech vaccine, 9,246 of them reported adverse events. Of those, 9.3% were considered serious and 4.3% included myocarditis. That means that 0.004% of all 12- to 17- year-olds who were vaccinated for COVID-19 developed myocarditis.

An earlier study, also reported in the Morbidity and Mortality Weekly Report, showed that of 52 million doses of all available COVID-19 vaccines administered to young people between the ages of 12 and 29, there were 1,226 cases of myocarditis. That’s nearly 0.0024%. The median age was 26, and median time of symptom onset was three days after vaccination. In the cases in which gender was known, patients were overwhelmingly male (923 male vs 289 female).

A study reported in JAMA of 15 young people between 12 and 18 years of age who developed myocarditis indicated that the most common symptom was late gadolinium enhancement. All the patients recovered, and all but one had a normal echocardiogram 13 days after discharge from the hospital.

If either myocarditis or pericarditis occurs, symptoms will be evident a few days after receiving the second dose of the vaccine. Those symptoms are chest pain, shortness of breath, or a fast-beating, fluttering or pounding heart. If they occur, the recommendation is to seek medical treatment immediately.

The American Academy of Pediatrics concluded that the benefit of the COVID-19 vaccine outweighed the risk from myocarditis.

4. How effective is the Pfizer vaccine in children?

The FDA considers the Pfizer vaccine 90.7% effective in preventing COVID-19 in children ages 5 and above.

5. Should children who have had COVID-19 be vaccinated?

The American Academy of Pediatrics recommends vaccinating all children ages 5 and above (unless there are contraindications) even if they have had COVID-19. The rationale is that, as yet, the duration of immunity is unknown.

6. How many children have had this vaccine?

7. How have mRNA vaccines been used before?

Messenger RNA was discovered in the early 1960s. Since then, it has been the subject of research to make it practical in medical applications. One of the problems was that it degraded before it could deliver its instructions. The development of lipid nanoparticles, which envelop the mRNA until it is delivered, solved that problem.

The first mRNA vaccine was developed against Ebola but had minimal commercial implications. When COVID-19 emerged, the technology was ready to be deployed. Now its use is expanding to other indications, including as a therapy for cancer and psoriasis.

8. How does the pediatric vaccine vary from the adult vaccine?

The mRNA and lipids are the same, but the dosage and inactive ingredients are different, according to Pfizer. For the youngest group, the dosage is 0.2 mL. (In contrast, the adult dosage is 0.3 mL.)

The FDA lists the ingredients as: mRNA, lipids – (4-hydroxybutyl)azanediyl)bis(hexane-6,1-diyl)bis(2-hexyldecanoate), 2 [(polyethyleneglycol)-2000]-N, N-ditetradecylacetamide, 1,2-Distearoyl-sn-glycero-3-phosphocholine, and cholesterol – and tromethamine, tromethamine hydrochloride, sucrose, and sodium chloride. If your child is allergic to any of these ingredients, talk with your physician.

9. What are other countries doing?

The UK recommends – but does not mandate – a single dose of the Pfizer vaccine for 12- to 15-year olds and is ramping up vaccination efforts. Chile, Denmark, Spain, France, and Germany already are vaccinating that group. After the FDA’s authorization for younger children, Israel is commencing vaccination efforts in the 5-to-11 age group.

At this point, physicians are watching carefully to determine how children with other infections, such as respiratory syncytial virus and other common viruses are affected by vaccination. There is some concern that a more severe form of the infection may develop, according to an article in Nature.

11. What do doctors advise?

According to a global physicians’ survey conducted in September by Sermo, 65% of doctors who responded believe vaccinating children against COVID-19 is essential for the long-term control of the disease. That survey included 1,528 physicians throughout the world. Nearly 75% of them noted, however, that they are seeing an increase in unvaccinated children with COVID-19 infections.

The American Academy of Pediatrics strongly advocates COVID-19 vaccination for all children ages 5 and older who do not have contraindications for the vaccine. This includes children who previously have had COVID-19.