Merck, Emergent, Affinivax and Ocugen Level Up in Vaccine Development 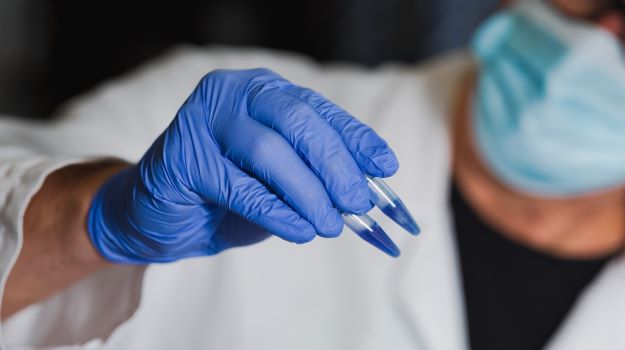 The week began with positive updates in the vaccine development space against various infectious diseases, including pneumococcal disease, SARS-CoV-2 and a chikungunya virus-like illness. BioSpace highlights four of these below.

Emergent BioSolutions published two-year data from its Phase II clinical trial on the immunogenicity and safety of the PXVX0317 vaccine when used on chikungunya virus virus-like particle (CHIKV VLP) naive adults in the United States. The study, which involved 415 participants, achieved the primary endpoint of geometric mean titer of anti-CHIKV neutralizing antibody on day 57.

The vaccine was found to be well-tolerated and induce a durable serum neutralizing antibody response versus the chikungunya virus for up to two years. CHIKV affects people in over 100 countries and spreads through infected mosquito bites. Symptoms include joint and muscle pain, headache, fever, rashes and joint swelling.

Details are available online in The Lancet Infectious Diseases journal.

Merck announced favorable results from the Phase I/II study of V116-001, its investigational 21-valent pneumococcal conjugate vaccine. The trial is assessing the vaccine's tolerability, safety and immunogenicity in two age groups: 18 to 49 for Phase I and 50-plus for Phase II.

V116-001 was observed to be well-tolerated and had met primary immunogenicity goals, with researchers comparing its impact to the current market player Pneumovax 23. Responses were observed 30 days after the vaccine was given.

The vaccine received Breakthrough Therapy designation in early 2022 from the U.S. Food and Drug Administration to prevent invasive pneumococcal disease (IPD) and pneumococcal pneumonia from 21 Streptococcus pneumoniae serotypes in adults ages 18 and up.

"Consistent with our portfolio strategy, V116 is designed to specifically target serotypes that are responsible for 85 percent of all invasive pneumococcal disease in individuals aged 65 and over in the United States as of 2019," Dr. Eiav Barr, SVP and chief medical officer at Merck Research Laboratories noted.

The company utilized its MAPS technology platform to engineer a multivalent vaccine by affinity-linking antigens from the target pathogen Streptococcus pneumoniae. SPP2 was added into a MAPS vaccine candidate with more than 30 serotypes, thus creating highly potent antibodies against the toxin. Testing on mouse models, researchers observed that protection was only achieved by those that were given the MAPS vaccine candidate.

"The MAPS platform offers the possibility of engineering next generation pneumococcal vaccines that can be broadly effective against Streptococcus pneumoniae. These data strongly support a vaccine approach that includes both pneumococcal polysaccharides and conserved pneumococcal proteins to overcome the resistance of serotype 3 to traditional conjugate vaccines," Gilles Besin, Ph.D., vice president and head of discovery research at Affinivax stated.

Results will be presented at the 12th International Symposium on Pneumococci and Pneumococcal Diseases, June 19 to 23 in Toronto.

"We have now achieved our goal of developing a safe and efficacious COVID-19 vaccine for adults and children, for primary immunization and booster doses, making Covaxin a universal vaccine. It has proven to be a highly safe vaccine based on data from more than 50 million doses administered to children in India," Dr. Krishna Ella, chairman and managing director of Bharat Biotech, commented.

The open-label, non-randomized trial was conducted in six hospitals in India and involved 526 healthy children. Details of the study are published in The Lancet Infectious Diseases.

Covaxin so far has an emergency use listing from the World Health Organization. It can be given to adults and children alike.