Logistics and Efficacy Challenges Force World to Pivot Against COVID-19 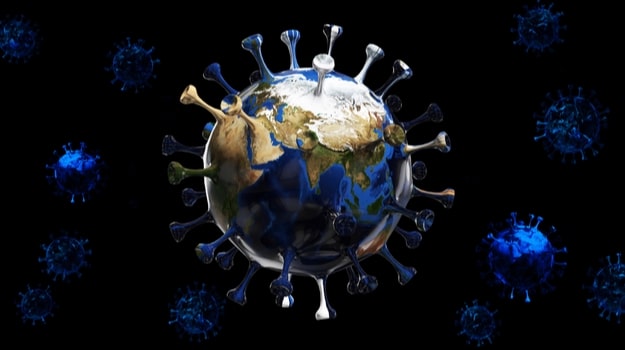 When it comes to a novel virus like SARS-CoV2, a certain amount of “rolling with the punches” is required, and governments and global organizations like the World Health Organization (WHO) are beginning to dismiss certain treatments and devote themselves wholeheartedly to others.

Gilead Sciences’ blockbuster drug, remdesivir, appears to have fallen out of favor with the WHO.  The drug was not included on a draft document viewed by Reuters, outlining the priority drugs it plans to spend donations on in its scheme to supply COVID-19 drugs to poor countries.

This is likely based on the data released on October 15  showing that not one of four potential repurposed antiviral drugs being tested in WHO’s Solidarity mega-trial, including remdesivir, increased survival rates. The Solidarity trial, made up of more than 11,000 patients in 400 hospitals from around the world, also included Sanofi’s hydroxychloroquine, Abbvie’s Lopinavir (in fixed-dose combination with Ritonavir) and Merck’s Interferon-β1a.

Lopinavir is an antiretroviral protease inhibitor against HIV infections, and Interferon-β1a is a cytokine in the interferon family used to treat multiple sclerosis.

“These remdesivir, hydroxychloroquine, Lopinavir and Interferon regimens appeared to have little or no effect on hospitalized COVID-19, as indicated by overall mortality, initiation of ventilation and duration of hospital stay,” the authors stated in the paper published in medRxiv.

Zurich-based Relief Therapeutics and its private U.S. partner NeuroRx Inc. pushed back expectations on Thursday for data from its drug, Aviptadil (RLF-100), which they are attempting to repurpose for the treatment of COVID-19 until January.  The companies told Reuters that this is due to the challenges of conducting a trial during a global pandemic and said in a statement that “at current rates of enrolment (which may change as infection rates change) the study is expected to complete enrollment by mid-December and yield top-line data in January 2021.”

Moderna was forced to slow down its late-stage trial for a different logistical reason: a lack of racially diverse trial subjects.

As of  September 17, Black Americans accounted for only 7% of participants, 6 points shy of the 13% needed for a closer representation of the overall population. Moderna overcame this disparity in late October, announcing that 37% of the participants in its Phase III COVE trial were from minority groups. Moderna’s CEO Stephane Bancel expects that emergency authorization for its vaccine candidate could come in December.

The volatility of a novel virus is having an impact on its eventual solution as well. Due to a summer reprieve in cases in the U.K., test results have been pushed back for AstraZeneca and Oxford’s vaccine candidate. This has subsequently delayed the delivery of shots to the U.K. government.

Yesterday the head of Britain's vaccine task force, Kate Bingham, reported that her government would receive only 4 million doses of the potential vaccine this year as opposed to original estimates that had it received 30 million by September 30.

Bingham remained hopeful that official deployment of the potential vaccine, along with Pfizer and BioNTech’s candidate, will begin in December, pending positive safety and efficacy profiles and regulatory approval.

"If we get that, we have the possibility of deploying by year end," Bingham said in the statement.

The hope is that Bingham’s statement becomes a global reality because yesterday, the U.S witnessed a grim milestone, reporting more than 100,000 new cases of COVID-19.