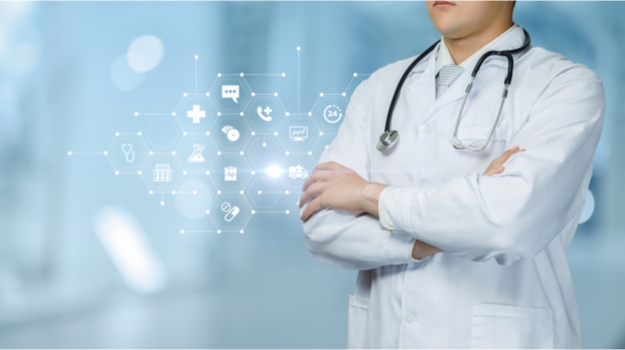 Pfizer announced results from its Phase III clinical trial, JADE MONO-1, of abrocitinib in moderate to severe atopic dermatitis. The drug met all the co-primary and key secondary endpoints related to skin clearance and itch relief compared to placebo. Abrocitinib is an investigational oral Janus kinase 1 (JAK1) inhibitor. The co-primary endpoints were the proportion of patients who hit an Investigator Global Assessment (IGA) score of clear (0) or almost clear (1) skin with a two-point or greater improvement compared to baseline. The second part was the proportion of patients who managed a 75% or better change from baseline in their Eczema Area and Severity Index (EASI) score.

Roche announced results from its Phase III PEMPHIX trial evaluated MabThera/Rituxan (rituximab) compared to mycophenolate mofetil (MMF) in adults with moderate to severe pemphigus vulgaris (PV). MabThera/Rutixan showed superiority to MMF. Pemphigus vulgaris is a rare, serious and potentially life-threatening disease. It is marked by progressive and painful blistering of the skin and mucous membranes. MMF is the most commonly used treatment for PV although it has not been approved by regulators for it but is the recommended treatment in many published treatment guidelines.

Pfenex successfully completed the PF708 comparative use human factors (HF) study and submitted the final data to the FDA. The trial found that the user interface of the FDA-approved PF708 was noninferior to that of Eli Lilly’s Forteo for the performance of critical user tasks in osteoporosis patients. Pfenex is hoping for FDA approval as being therapeutically equivalent to Forteo. Forteo is approved for osteoporosis.

ReNeuron presented positive efficacy data from its Phase I/IIa trial of its hRPC stem cell therapy in retinitis pigmentosa (RP). Top-line data were announced on October 2. The presentation was made at the American Academy of Ophthalmology Annual Meeting (AAO) in San Francisco. The trial is still ongoing, but so far, the efficacy and safety data has been promising.

Reata Pharmaceutical announced that the registrational Part 2 part of its MOXIe Phase II trial of omaveloxone in Friedreich’s ataxia (FA) met its primary endpoint. The endpoint was change in the modified Friedreich’s Ataxia Rating Scale (mFARS) compared to placebo after 48 weeks of treatments. Patients receiving the drug had a statistically significant, placebo-corrected 2.40-point improvement in mFARS after 48 weeks.

PhaseBio dosed the first patient in its Phase IIb of PB2452, a monoclonal antibody designed to reverse the antiplatelet activity of AstraZeneca’s Brilinta (ticagrelor) in major bleeding and urgent surgery scenarios. About 200 older and elderly patients are expected to be enrolled. Brilinta is a blood thinner used to treat patients with heart attack or stroke. However, under some emergency situations, its activity may need to be halted in order to slow and stop uncontrolled bleeding.

Novavax launched a Phase III trial of NanoFlu, it’s recombinant quadrivalent seasonal flu vaccine. Topline data is expected in the first quarter of 2020 and will support U.S.  biologics license application (BLA) and licensure with the FDA’s accelerated pathway approval. The trial expects to enroll about 2,650 healthy older adults in 19 sites in the U.S.

Incyte and Novartis’ JAK inhibitor Jakavi (ruxolitinib) hit its primary endpoints in Novartis’ Phase III REACH2 trial in steroid-refractory acute graft-versus-host disease (GVHD). The primary endpoint of the trial was improving overall response rate (ORR) at Day 28 with Jakavi compared to the best available therapy. No new safety issues were observed, and the safety profile was consistent with data observed in other studies in steroid-refractory acute GVHD.

Aileron Therapeutics announced the first patient had completed the initial cycle of treatment in its Phase Ib clinical trial of ALRN-6924 as a myelopreservation agent in patients with p53-mutant small-cell lung cancers (SCLC) treated with the chemotherapy topotecan. The goal of the trial is to identify a recommended dose for a Phase II trial and to evaluate the safety and efficacy of the drug. Data has been encouraging, so the company plans to expand its clinical program for the drug to include an additional Phase Ib cohort in SCLC patients treated with docetaxel.

PolyPid announced positive topline data from its Phase II trial of D-PLEX100 for the prevention of surgical site infections (SSI) in abdominal surgery. The trial enrolled 201 patients to assess the safety and efficacy of D-PLEX100 administered together with the standard of care. In the Intent to Treat (ITT) population, D-PLEX100 showed a statistically significant decrease in SSIs of 57% compared to standard-of-care alone.

Eli Lilly and Company announced that its Phase III SEQUOIA trial of pegilodecakin plus FOLFOX (folinic acid, 5-FU, oxaliplatin) in metastastic pancreatic cancer that had progressed during or after first-line gemcitabine-containing regimen did not meet its primary endpoint. The SEQUOIA trial compared pegilodecakin and FOLFOX to FOLFOX alone. The primary endpoint was overall survival. The trial is a global, multi-center, randomized Phase III study. Key secondary endpoints are progression-free survival and objective response rate.

UCB announced positive results from BE VIVID, the first of three Phase III trials looking at bimekizumab, an IL-17A and IL-17F inhibitor for chronic plaque psoriasis. After 16 weeks of treatment, the drug met the co-primary endpoints of at least a 90% improvement in the Psoriasis Area and Severity Index (PASI 90) and Investigator Global Assessment (IGA) score of clear or almost clear.

Spring Bank Pharmaceuticals announced interim topline data at 12 weeks from the first cohort of its Phase II trial of inarigivir with Gilead Science’s Vemlidy (tenofovir alafenamide) for chronic hepatitis B (HBV) infection. In the Phase II trial, 30 HBV patients received low-dose inarigivir plus Vemlidy for 12 weeks and 12 patients received Vemlidy alone. Both arms will continue to receive Vemlidy alone for another 36 weeks. The interim data show that the combination group met the primary efficacy endpoint of greater than or equal to 0.5 log10 IU/mL decrease in HBsAg from baseline.

Janssen Pharmaceutical of Johnson & Johnson released new long-term data from the open-label period of its Phase III VOYAGE 1 clinical trial. The trial was evaluating Tremfya (guselkumab) in moderate to severe plaque psoriasis. The extended-label trial looked at patients for four years after the initial trial. The VOYAGE 1 study found that 82% of patients receiving Tremfya in a combined group of individuals that initially received Tremfya or placebo then crossed over to Tremfya at week 16 showed at least a 90% improvement in the Psoriasis Area Severity Index (PASI 90) and an Investigator’s Global Assessment (IGA) score of cleared (0) or minimal disease (1) at week 204, which is four years.

Verrica Pharmaceuticals presented positive data from three abstracts evaluating the efficacy and safety of VP-102 (cantharidin 0.7% Topical Solution) for the treatment of molluscum contagiosum and common warts. The treatment had a statistically significantly higher rate of complete lesion clearance at Day 84, which was the primary endpoint. In molluscum lesions at the end of the study, 50% of subjects had complete clearance.