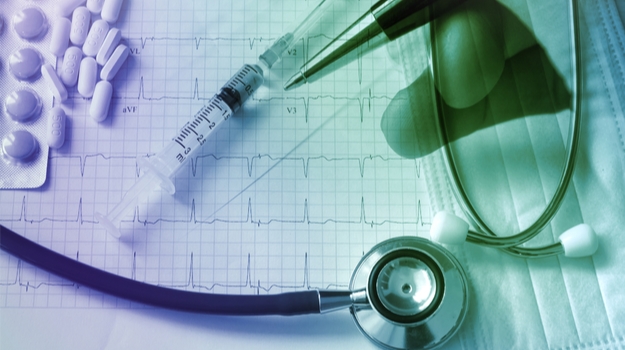 It was another busy week for clinical trial updates. Here’s a look.

Mesoblast Limited presented 90-day survival outcomes from the 222-patient trial of remestemcel-L in ventilator-dependent COVID-19 patients with moderate/severe acute respiratory distress syndrome (ARDS). The data demonstrated that two doses of the drug at days 3-5 provided durable survival benefit through at least 90 days in the subgroup of patients under 65 years of age.

RedHill Biopharma announced that all treatment and follow-up had been completed in its Phase II/III trial of opaganib in patients hospitalized with severe COVID-19 pneumonia. Opaganib is a host-targeted, dual antiviral and anti-inflammatory pill.

NRx Pharmaceuticals and Relief Therapeutics announced data from the U.S. Phase IIb/III trial of aviptadil compared to placebo in critically ill COVID-19 patients with respiratory failure. The data identified a statistically significant effect in preventing the sharp rise in cytokines. Aviptadil is a synthetic form of Vasoactive Intestinal Peptide (VIP).

OSE Immunotherapeutics announced a voluntary and temporary pause of enrollment and dosing in its ongoing Phase I study of CoVepiT, the company’s prophylactic COVID-19 vaccine candidate. The pause is after a preliminary update of a limited number of Grade 1 and one Grade 2 adverse events, specifically persistent nodules around injections points.

Genentech, a Roche company, announced results from the final analysis of the Phase IIIB STASEY study of Hemlibra (emicizumab-kxwh), which was consistent with the Phase III HAVEN clinical program. No new safety signals were identified with longer-term treatment in adults and adolescents with hemophilia A with inhibitors to factor VIII.

VYNE Therapeutics announced an investigator initiated trial of Amzeeq  (minocycline) topical foam, 4%, as a companion treatment with oral isotretinoin in moderate to severe acne. The trial is being run by the Austin Institute for Clinical Research in Texas.

CytoDyn announced preliminary data from its Phase Ib/II trial and compassionate use of leronlimab in 30 metastatic triple-negative breast cancer patients. The patients in the trial were treated with leronlimab and carboplatin. Leronlimab is a CCR5 antagonist.

Xenikos reached an agreement with the FDA and EMA for the Phase III trial design of T-Guard versus ruxolitinib for Grade III or IV steroid-refractory acute graft-versus-host disease after allogeneic hematopoietic stem cell transplant. The primary endpoint will be Day 28 Complete Response. G-Guard consists of a combination of toxin-conjugated monoclonal antibodies that target CD3 and CD7 molecules on immune cells. It is designed to reset the immune system in life-threatening T cell-mediated conditions.

Gilead Sciences announced a pooled analysis of a 48-week open-label extension of two Phase III studies, which demonstrated that 99% of HIV patients who initiated treatment with Biktarvy maintained an undetectable viral load through four years of follow-up. They also presented long-term data from people with HIV aged 65 and older who switched to Biktarvy from either Genvoya or a tenofovir disoproxil fumate-based regimen.

Merck & Co. announced data from its Phase IIa trial of islatravir for pre-exposure prophylaxis (PrEP) of HIV-1 infection in adults who are at low-risk of contracting HIV. The drug is a nucleoside reverse transcriptase translocation inhibitor. In the unblinded data, patients tolerated both doses of the drug compared to placebo over 24 weeks. Most adverse events (AE) were mild, about 73.5%. The most common side effects in the islatravir group receiving 120 mg and 60 mg doses were headache, diarrhea and nausea. Patients receiving islatravir did not report serious drug-related adverse events. The study participants were at low risk for HIV and there were no confirmed HIV infections during the treatment period.

Anthos Therapeutics published final results from the Phase II ANT-005 study of abelacimab, an investigational anticoagulant. The data showed a single postoperative dose reduced the rate of venous thromboembolism (VTE) by about 80% compared to enoxaparin after total knee arthroplasty.

ScandiBio Therapeutics published results from a Phase II study of combined oral metabolic activator (CMAs) compared to placebo in Alzheimer’s disease. The CMA was made up of L-serine, N-acetyl-L-cystine (NAC), nicotinamide riboside (NR), and L-carnitine tartrate. They also experienced a significant improvement in mitochondrial function.

Biosplice Therapeutics published posthoc analysis of its successful Phase IIb knee osteoarthritis trial of lorecivivint. Patients dosed with 0.07 mg of the drug were more than two times more likely to meet the criteria for OMERACT-OARSI Strict Response, a measure that includes 50% improvement in pain or function compared to placebo at 12 weeks.

Magenta Therapeutics announced the FDA had placed a clinical hold on its program for acute myeloid leukemia and myelodysplastic syndrome. Specifically, the hold is on the NDA for its planned Phase I/II trial of MGTA-117, an antibody-drug conjugate that selectively depletes hematopoietic stem cells prior to transplant or HSC-based gene therapy. The ADC targets the CD117 receptor. The FDA called for the company to develop another bioassay that can be used alongside its PK/PD model.