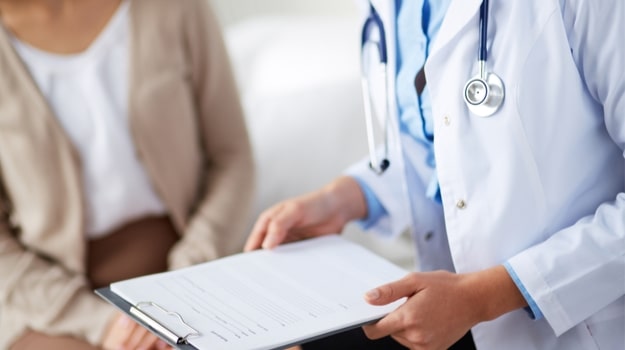 Although clinical trial news related to COVID-19 was slow last week, there’s quite a bit of news on studies for other indications. Read on for more information.

Organicell Regenerative Medicine announced positive results for the first 10 COVID-19 patients treated with Zofin in India. It is being run in conjunction with Organicell’s Indian partner, CWI India. The 10 patients were hospitalized and treated at Narayana Hrudayalaya Hospital in Bangalore, Lisa Hospital in Kozhikode, Kerala and Prime Indian Hospital in Chennai. All have recovered from symptoms and been discharged. The trial is being expanded to an additional 65 patients with moderate to severe COVID-19. Zofin is an acellular biologic derived from perinatal sources and retains naturally occurring microRNAs.

Atea Pharmaceuticals dosed the first patient in its Phase III MORNINGSKY study for mild or moderate COVID-19 adults and adolescents in an outpatient setting. AT-527 is an oral, direct-acting antiviral that targets RNA polymerase (nsp12).

Quantum Leap Healthcare Collaborative (QLHC), the sponsor of the I-SPY COVID Trial, announced that AbbVie’s cenicriviroc (CVC) had been dropped from the trial due to futility. CVC is a CCR2/5 inhibitor.

AstraZeneca and Sanofi announced that their MELODY Phase III trial of nirsevimab hit the primary endpoint in medically attended lower respiratory tract infections (LRTI) caused by RSV in healthy late preterm and term infants. Nirsevimab is a long-acting antibody that is designed to act as a passive immunization for the prevention of LRTI caused by RSV. They believe that because of the longer half-life, nirsevimab might only require a single dose during a typical five-month RSV season.

uniQure announced the FDA had lifted the clinical hold on the HOPE-B gene therapy program for hemophilia B. The clinical hold had been placed in December 2020 after a patient receiving AMT-061 (etranacogene dezaparvovec) was diagnosed with hepatocellular carcinoma (HCC). After an investigation, the agency and company had determined that it was highly unlikely the gene therapy resulted in the cancer diagnosis.

Biosplice Therapeutics published data from its Phase IIb trial of lorecivivint in knee osteoarthritis. The drug met primary endpoints of Pain NRS at both 12 and 24-week timepoints. Lorecivivint is a novel intra-articular CLK2-DYRK1A inhibitor and Wnt Pathway modulator.

Neoleukin Therapeutics reported the FDA removed the clinical hold for its Investigational New Drug (IND) application for its Phase I trial of NL-201. On January 8, 2021, the company indicated it had received a clinical hold letter requesting development of a new assay that more precisely measured the amount of protein being administered and a demonstration of accurate delivery of the intended dose of NL-201. NL-201 is a de novo receptor agonist of the IL-2 and IL-15 receptors, designed to expand cancer-fighting CD8 T-cells and natural killer (NK) cells without any bias toward cells expressing the alpha receptor subunit (CD25).

Amydis completed pre-IND interaction with the FDA over its small-molecule retinal tracer for diagnosis of alpha-synucleinopathies (ASYN). The FDA agreed with the overall design of the proposed adaptive Phase I/IIa first-in-human study in Parkinson’s disease patients. The company’s technology may enable detection of ASYN years before Parkinson’s symptoms present.

Reviva Pharmaceuticals announced full details of its Phase II clinical trial of RP5063 (brilaroxazine) for acute schizophrenia. The drug has a unique profile against key serotonin (5-HT) and dopamine (D) receptors, which the company believes can modulate and stabilize the D/5-HT system. In the trial, the drug met the primary endpoint, reduction in total Positive and Negative Syndrome Scale (PANSS).

Dermavant Sciences presented data from its two pivotal Phase III trials of tapinarof for psoriasis in adults, PSOARING 1 and 2. They presented important secondary efficacy endpoints and patient-reported outcomes data in mild, moderate, or severe chronic plaque psoriasis after 12 weeks of tapinarof cream 1% dosed once a day. Endpoints included a greater than 90% decrease in Psoriasis Area and Severity Index (PASI90), itch reduction with the Peak Pruritis Numerical Rating Scale (PP-NRS), and improvement in quality of life by the Dermatology Life Quality Index.

UCB published two manuscripts with data from BE RADIANT and BE SURE, two Phase III trials of bimekizumab in moderate to severe plaque psoriasis. The drug is an IL-17A and IL-17F inhibitor. BE RADIANT compared bimekizumab to secukinumab in adults with moderate to severe plaque psoriasis. It hit the primary endpoint, with significantly more patients receiving bimekizumab achieving complete skin clearance. BE SURE compared bimekizumab to adalimumab in the same patient population. It met its co-primary endpoints, showing that patients receiving bimekizumab had superior levels of skin clearance at week 16 compared to those receiving adalimumab.

DiscGenics completed enrollment in its Japanese safety study of IDCT for lumbar disc degeneration. IDCT is an allogeneic, injectable Discogenic Cell therapy. The study will evaluate 38 subjects at seven sites across Japan.

Brickell Biotech completed enrollment in its Phase III Cardigan I study and the CARDIGAN II study has surpassed 50% enrollment. Both trials are evaluating sofpironium bromide gel, 15% in patients with primary axillary (underarm) hyperhidrosis.

InMed Pharmaceuticals filed clinical trial applications in Austria, Israel and Serbia as part of a Phase II trial of INM-755 cream in epidermolysis bullosa. They also plan to submit applications in France, Germany, Greece, and Italy in the coming weeks. INM-755 is a cannabinol cream intended as a topical therapy for epidermolysis bullosa, a group of genetic disorders marked by fragile skin and mucous membranes.

Adverum Biotechnologies reported a Suspected Unexpected Serious Adverse Reaction (SUSAR) in its INFINITY clinical trial of ADVM-022 for diabetic macular edema (DME). The side effect was hypotony, which is a clinical-relevant decrease in ocular pressure. As a result, the company is immediately unmasking the INFINITY Phase II study to better understand the adverse event and to determine ways to manage any other potential risks to patients in the trial. ADVM-022 is a gene therapy for DME. DME is a serious eye complication that can lead to vision problems or blindness.

Galera Therapeutics updated data from its Phase I/II trial of GC4419 compared to placebo in locally advanced pancreatic cancer (LAPC) patients who are undergoing stereotactic body radiation therapy (SBRT). The data included a minimum follow up of six months on all 42 patients and were consistent with positive data at the three-month mark. GC4419 (avasopasem manganese) is a selective small molecule dismutase mimetic.

Eloxx Pharmaceuticals added a new study arm to its ongoing Phase II trial of ELX-02 for cystic fibrosis in patients with at least one G542X allele. ELX-02 is being tested in combination with Kalydeco (ivacaftor).