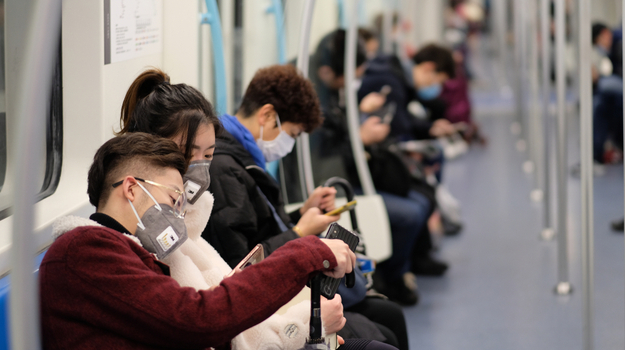 The spreading of the coronavirus that began in Wuhan, China has researchers and health officials worldwide studying the emerging virus and preparing to treat it and develop vaccines. With such an enormous global focus, it seems that new information about the virus and the infection is being published each day.

China’s National Health Commission stated on Wednesday, January 29, 2020, that the coronavirus had infected 5,974 individuals, resulting in 132 deaths and 103 people being cured. This has passed the number of patients who were infected with SARS, or severe acute respiratory syndrome, in 2003. On Thursday, January 30, the World Health Organization declared the outbreak a global emergency and updated the death toll in China to 213 people. They indicated there have been 98 cases reported in 18 countries outside China, but no deaths.

Sean Beckmann, assistant professor of Biology at Stetson University in Florida and an expert in zoonotic infections—diseases that originated in animal reservoirs and jumped to humans—took time to talk to BioSpace about the virus and what is currently known. 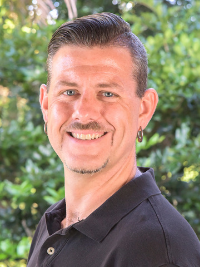 “We know it’s a coronavirus, so we know it’s in the same virus family as the common cold as well as the SARS and MERS viruses that have caused previous epidemics. We know its genome, that is now out there, and people are using that for research—where did it potentially come from and what type of targets for treatment might come from.”

And although no one’s really given the virus or its infection a name outside of “the China coronavirus,” its technical classification is 2019NCOV.

The virus’s genome is very similar to the SARS virus. Beckmann said, “It does seem to share a lot of similarities to the SARS virus, which does give them a jumping-off point. They’re using that as a model of where to work from.”

He notes that they’re pretty confident it originated in bat species, which is common with coronaviruses. “Through mutation events or recombinations sometimes they’re able to cross the species barrier and become zoonotic. We know that SARS crossed from bats to palm civets (a type of cat) and from palm civets into humans. And it’s believed that MERS crossed from bats to camels and from camels into humans. So, it’s likely the China coronavirus originated in a bat,” Beckmann said.

There have been rumors of an in-between stage between bats and humans for this new virus including snakes and chickens, or bats directly to humans. “The least likely of those is the snake route,” Beckmann said. “It’s much more likely through a mammal or possibly a bird, but probably a mammal.”

The coronavirus is airborne. “What we know about this one is that it’s typically likely to be a short-distance communication,” Beckmann said. “It isn’t something that looks like it can hang out on surfaces or in the air for a long time and still be infectious. It looks like it requires pretty close contact, which is why outside this epicenter in China we’re not seeing a lot of human-to-human transmissions.”

That means the transmission is by being coughed on or sneezed on and a liquid particle gets in your mouth, eyes or respiratory tract and it infects you. Beckmann said, “This does not look like a virus that is able to stay alive in the air or on surfaces for a very long time. Which is good.”

As with influenza and many of these types of outbreaks, it appears to be primarily affecting the elderly, the very young or the immunocompromised.

The U.S. National Institutes of Health (NIH) began working on a vaccine. Although it might be sped up, it would take several months and potentially more than a year before a vaccine could become available.

A number of biopharma companies have indicated they plan to focus on developing a vaccine as soon as possible. One is Moderna, which has mRNA vaccine technology and is working with NIH/NIAID/VRC on a potential vaccine. Novartis is also taking the threat seriously, but also indicates a vaccine is at least a year off.

Beckman notes, “Treatment and targeting become multifaceted. You get containment and trying to reduce the spread as much as possible. You get the development of symptomatic treatment, things like antivirals. And the third one, and the more long-term process, is vaccine development. And that’s because vaccine development takes quite a bit of time.”

As of the end of January 2020, the outbreak appears to be accelerating, at least in China, and most of the cases identified outside of China are in people who recently traveled to China. In China, it has now spread to every part of the country’s mainland, prompting Russia to close its border with China.

“What often happens with these types of rapid spreading or pop-up events is the control and containment side of things combined with the treatment tends to cause them to peter out almost as quickly as it pops up, it seems. So, by the time it takes to get a viable vaccine, it’s almost not necessary anymore,” Beckman said.

He added, “That doesn’t mean they shouldn’t be looking for it, because it could be necessary, but it does take a longer time to get there.”

Other experts suspect the coronavirus hasn’t peaked yet, which isn’t likely for several more months. Person-to-person transmission has been observed in at least three countries outside of China, according to the WHO. They are Japan, Vietnam and Germany.

Also this week, Australian researchers successfully grew the coronavirus in the lab, the first recreated outside China. The researchers at the Peter Doherty Institute for Infection and Immunity in Melbourne agreed to share the sample, which has grown from a patient diagnosed with the infection. This will allow researchers to more quickly develop vaccines and potential treatments.

Beckmann says, “It’s one of those situations where the more people are working on it, the more likely they are to hit on something. So, it seems to me it’s kind of ‘all hands on deck’ so we can get to the answer as quickly as possible.”

In terms of comparative risk, in the U.S. alone, at least 8,200 people have died from influenza this year, including 54 children—and there is already a seasonable vaccine available. And for this season, 2019-2020, the CDC indicates there have been at least 15 million flu illnesses resulting in 140,000 hospitalizations. The flu kills up to 650,000 people each year globally.

Beckman said, “If you’re in China right now, then yes, this is a really big issue. If you’re outside of China, there are (at the time of the interview) 78 infectious outside China…. The relative risk of acquiring this outside of China is really, really low.”

He points out that in Florida, where he is, it’s cold, flu and allergy season, but you’re much more likely to be acquiring the flu or a cold than coronavirus—or even allergic rhinitis and allergy issues than to any real risk of coming into contact or acquiring this coronavirus.

“The term I’ve been trying to use is ‘caution without panic,’” Beckmann said. “This shouldn’t be ignored. People need to stay informed about this because there is a possibility of this spreading. No, I don’t think it’s going to become an American epidemic. But I do think ignoring it is not the way to go either.”

He recommends the typical precautions you’d take to avoid the cold and flu. If you’re not feeling well and have a respiratory infection, go to the doctor. If you come in contact with someone who’s been to this part of the world and start to feel ill, definitely go to the doctor and inform them of that so you can be tested. Wash your hands regularly. Clean surfaces regularly.

“Taking normal precautions that are usually advised during cold and flu season,” Beckmann said, “will be as effective in avoiding this coronavirus should you come in contact with it outside of mainland China.”