COVID-19 Vaccines Only Tip of the Iceberg for These Leaders 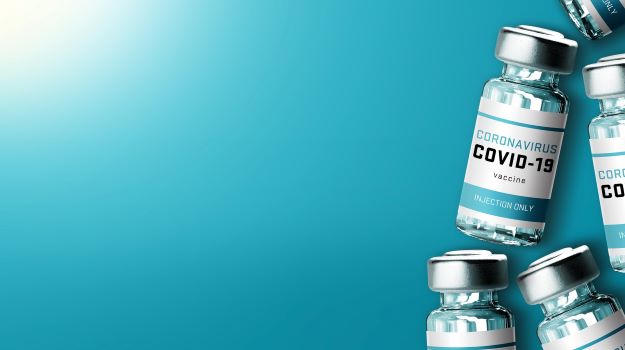 Much of the attention on Pfizer, BioNTech, Moderna, Johnson & Johnson and AstraZeneca for the last few months has been on their COVID-19 vaccine efforts. Of course, the biggest of those companies, Pfizer, J&J and AstraZeneca, are well-known and very large pharmaceutical companies. Here’s a look at what else is going on with these companies.

For Moderna, based in Cambridge, Mass., the COVID-19 vaccine is its first authorized product. From very early on, the company, which focuses solely on mRNA therapeutics, has been the darling of the biotech investment community. It had a reputation for secrecy and ahead-of-its-time technology, and its repeated venture rounds gave it an enormous stockpile of cash. At the J.P. Morgan Healthcare Conference in January 2017, the company, which at that time had $1 billion in cash, finally announced its research-and-development pipeline. Most of those, if not all, were in play before the COVID-19 vaccine efforts dominated the company.

At that time, the company focused on 12 mRNA development candidates, including vaccines and therapeutics in infectious diseases, immuno-oncology and cardiovascular diseases. Five were undergoing clinical trials in the U.S., Europe and Australia. In April 2020, the company released early data from a Phase I trial of its Zika vaccine, largely at that time to show support of the technology for the COVID-19 vaccine. At that time, the company reported early clinical trials on nine vaccine candidates, including RSV, human metapneumovirus, parainfluenza, influenza, cytomegalovirus, Zika, Epstein-Barr, chikungunya and COVID-19.

The programs included: AZD-8601, partnered with AstraZeneca, to increase levels of vascular endothelial growth factor-A for patients with heart failure or post-heart attack; mRTNA-1440, a vaccine for influenza A virus subtype H10N9; mRNA-1851, a vaccine for influenza A subtype H7N9; mRNA MARK-1777, a viral vaccine that is partnered with Merck; mRNA-1388, a vaccine for Chikungunya virus, that was funded through the Defense Advanced Research Projects Agency (DARPA); mRNA-1325, a vaccine for the Zika virus, funded through BARDA; mRNA-4157, also partnered with Merck, a personalized cancer vaccine, and quite a bit more. According to the company’s website, it has 21 pipeline programs ranging from preclinical through commercial.

There has been a tendency to refer to the COVID-19 vaccine developed by Pfizer and BioNTech as Pfizer’s, but in reality the vaccine was created by BioNTech, based in Mainz, Germany. Like Moderna, BioNTech focuses on mRNA technology. Unlike Moderna, which has a larger proportion of its efforts focused on infectious diseases, BioNTech has been a bit more focused on cancer and also includes more traditional small-molecule compounds. The company has more than 20 pipeline candidates and has treated more than 440 patients across 17 tumor types. Ten product candidates are in 11 clinical trials.

In July 2020, BioNTech signed a strategic collaboration deal with Regeneron Pharmaceuticals for a clinical trial combining BioNTech’s BNT111 FixVac product candidate and Regeneron’s Libtayo (cemiplimab), a fully human anti-PD-1 checkpoint inhibitor for the treatment of melanoma. BNT111 is the most advanced of five clinical-stage FixVac product candidates for BioNTech’s development pipeline. It is an mRNA cancer immunotherapy that targets four antigens often found on melanoma tumors—NY-ESO-1, MAGE-A3, tyrosinase and TPTE.

Today, the company announced co-primary endpoint data from a recently wrapped post-market safety study of tofacitinib at two doses compared to a TNF inhibitor in patients with rheumatoid arthritis who were 50 years of age or older with at least one additional cardiovascular risk factor. The co-primary endpoints were non-inferiority of tofacitinib compared to TNFi in relation to major adverse cardiovascular events (MACE) and malignancies (excluding non-melanoma skin cancer (NMSC). The non-inferiority criteria were not met for the endpoints, with no evidence of a difference between the two tofacitinib treatment groups.

J&J’s COVID-19 vaccine, which is only now completing Phase III trials, is being developed by Janssen Pharmaceuticals, a J&J company. The vaccine is expected to be effective with a single shot. On January 14, 2021, it published interim Phase I/II data on the vaccine, noting it had created an immune response that lasted at least 71 days. The shot seemed generally well-tolerated. It is wrapping up a Phase III clinical trial with about 45,000 volunteers, and is expected to announce data this week or next, although that’s something of a moving target. If the data is positive, they will submit for emergency use authorization (EUA) with the U.S. Food and Drug Administration (FDA) shortly afterward.

On January 21, 2021, Janssen announced the FDA had approved Cabenuva (Janssen’s rilpivirine and ViiV Healthcare’s cabotegravir), a once-monthly, long-acting treatment for HIV in adults. It was co-developed as part of a collaboration with ViiV Healthcare. It is designed to replace the current antiretroviral regimen in patients who are virologically suppressed on a stable antiretroviral regimen, with no history of treatment failure, and with no known or suspected resistance to either of the drugs in the combination therapy.