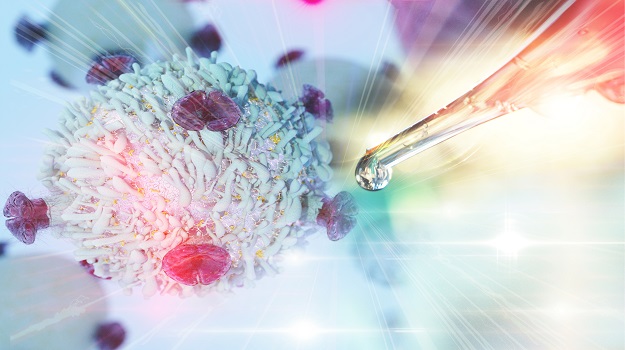 With the American Society of Clinical Oncology (ASCO) Annual Meeting ongoing, there are hundreds of newsworthy stories. Here are a few of our top picks so far.

In February, Bristol-Myers Squibb paid Nektar Therapeutics $1.85 billion in a global development and profit-sharing deal with the idea of improving Bristol-Myers’ Opdivo in a combo with NKTR-214 in 20 cancer indications across nine different cancer types. Lead trial investigator, Adi Diab, from the MD Anderson Cancer Center, presented updated early-stage data that 85 percent of melanoma patients on the combination had tumor shrinkage, but the response rate dropped to 50 percent when 14 more patients were added. And the response dropped from 64 percent to 46 percent in kidney cancer when more patients were added.

The Janssen Pharmaceutical Companies, a J&J division, presented data showing durable responses in patients with metastatic and surgically unresectable urothelial cancer (mUC) and FGFR alterations (FGFRalt) receiving erdafitinib. “Despite the improvements in outcomes reported with immune checkpoint inhibitors, the majority of patients do not respond to treatment,” said Arlene Siefker-Radtke, professor of Genitourinary Medical Oncology, The University of Texas MD Anderson Cancer Center, and lead investigator, in a statement. “Additionally, there is no targeted therapy approved for treating specific subsets of patients with urothelial cancer who have genetic alterations. These encouraging Phase II data showed treatment with erdafitinib resulted in promising response rates and progression-free survival in an important patient population.”

X4 Pharmaceuticals presented positive clinical results from its Phase II expansion of an ongoing Phase I/II trial of X4P-001-IO in combination with Pfizer’s Inlyta (axitinib) in clear cell renal cell carcinoma (ccRCC). The combination had an objective response rate (ORR) of 23 percent, including one patient with a confirmed complete response (CR). About 75 percent of the patients in the study had already received at least two prior lines of therapy.

Loxo Oncology presented interim clinical data from the LOXO-292 global Phase I LIBRETTO-001 dose escalation trial. The drug is a selective RET inhibitor. “We are very excited to share the initial LOXO-292 clinical experience with the oncology community at ASCO,” said Josh Bilenker, chief executive officer of Loxo, in a statement. “We have long believed that patients with RET fusion cancers and RET mutated MTC needed a purpose-built medicine tailored to their tumors. We hope that LOXO-292 continues to deliver on that premise.”

At ASCO, GRAIL presented new data from its Circulating Cell-free Genome Atlas (CCGA) study. In blood samples from 127 patients with lung cancer, the company’s three prototype genome-sequencing assays showed detection rates from about 38 to 51 percent in patients with early-stage lung cancer and 87 to 79 percent in patients with late-stage lung cancers. Although a long ways from being ready—if ever—for clinical practice, the data does suggest proof-of-principle for the goal of super-early cancer detection with a blood test.

Both Merck & Co. and Roche presented data in squamous cell lung cancer. Roche released data from its IMpower131 trial of Tecentriq plus chemotherapy, which cut the risk of the disease getting worse or death by 29 percent compared to chemotherapy alone. A day later, Merck presented data of its Keytruda-chemo combo in the same type of cancer, showing it cut the risk of the disease worsening by 44 percent and the risk of death by 36 percent. The data isn’t directly comparable because they’re two different studies with different designed and weren’t going head-to-head.

Forty Seven Inc., based in Menlo Park, California, presented proof-of-concept data from two different clinical trials of 5F9. One was a Phase Ib/II trial evaluating 5F9 in combination with rituximab in relapsed/refractory non-Hodgkin’s lymphoma, the other was a Phase I pharmacokinetic (PK) and pharrmacodynamic (PD) trial in patients with advancfed solid tumors. 5F9 is a monoclonal antibody against CD47. “Together, the data presented at ASCO reveal an encouraging clinical profile for 5F9,” said Chris Takimoto, Forty Seven’s chief medical officer, in a statement, “suggesting that blocking CD47 can render difficult-to-treat tumors susceptible to phagocytosis. We are particularly encouraged by the evidence of anti-tumor activity observed in patients with r/r NHL and advanced, relapsed ovarian cancer, who are refractory to, or unfit for, existing therapeutic options. We are committed to exploring 5F9’s full potential and are now advancing a broad clinical development program at the recommended priming and Phase II dose and schedule, including multiple trials across a range of tumors and treatment modalities.”