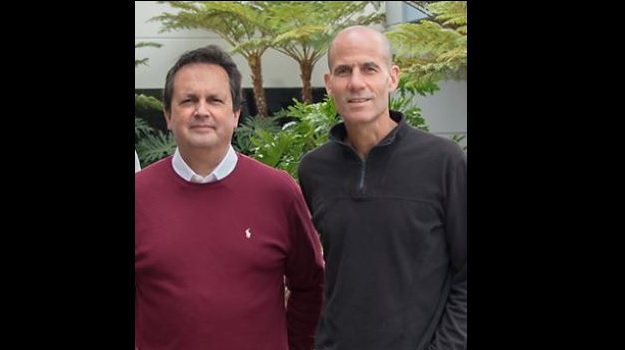 Arcus Biosciences is one of several companies targeting the TIGIT checkpoint for cancer. What sets it apart is an approach that combines its anti-TIGIT therapy with PD-1 inhibitors and novel drugs from its own pipeline that appear to work synergistically to enhance efficacy and block tumor-induced immunosuppression.

TIGIT is expressed on tumor-infiltrating lymphocytes (TILs) or natural killer (NK) cells alongside PD-1. “Blocking TIGIT enables the immune system to do what it’s supposed to do,” Terry Rosen, Ph.D., CEO of Arcus Biosciences, told BioSpace.

Arcus has five molecules – and, soon, a sixth – in clinical trials, despite being only a six-year-old company. Its anti-TIGIT therapy is in Phase III trials.

“Our program recognizes that the combination of agents is very important. You’re not treating a tumor type. You’re treating biology,” Rosen emphasized. That breast cancer, for example, is highly treatable with therapy “A” for one patient and therapy “B” for another shows “the biology of cancer often crosses tumor types. We’re focusing on the biology and molecular mechanisms that allow us to go after ubiquitous pathways – things that play a role in multiple cancers.”

Adenosine is a key focus for Arcus’s TIGIT programs. “For decades, adenosine had been studied in the context of the body’s ability to repair injuries or wounds,” said Arcus Co-founder and President Juan Jaen, Ph.D. “It ensured the immune response to a paper cut (for example) didn’t get out of control. It’s also involved in creating scar tissue.”

But adenosine is also highly prevalent in tumor cells. “Tumors – especially pancreatic tumors – are full of adenosine, which inhibits the immune system and gives tumors a survival advantage,” Rosen explained. Essentially, “the tumor highjacks the normal immune function and uses adenosine to cloak itself, tricking the immune system into thinking the tumor cell is normal.”

Interfering with adenosine, therefore, has the potential to make a number of tumor types visible to the immune system without preventing the body’s ability to heal or produce scar tissue. Combining its anti-TIGIT strategy with a novel drug, therefore, could deliver a one-two punch to the tumor.

Arcus Biosciences’ quemliclustat (AB680) blocks CD73, the enzyme that produces adenosine. Another compound, etrumadenant (AB928), blocks the actions of adenosine itself. Consequently, combining anti-TIGIT therapy with either of these drugs appears to have the potential to restore the immune system’s ability to fight cancer.

The proof will come in a few months in the form of readouts on response rates and durability of response from a Phase I trial in pancreatic cancer. “That will show whether it is achieving results in people that preclinical trials suggested were possible. We feel optimistic. Admittedly, ‘Hope is not a strategy,’ as David Lacey, M.D. (board member and former head of Amgen’s discovery research organization) likes to say, but this is a well-informed optimism based upon our initial results,” Rosen said.

The role of adenosine in cancer has been confirmed by multiple companies. “AstraZeneca, for one, is looking at essentially the same biological event but in lung cancer.” Roche and Merck also have TIGIT programs underway. As such confirmatory events mount, the body of evidence increasingly indicates that adenosine plays an important role in the proliferation and growth of tumors.

This year – 2021 – will be a transformational year, Rosen predicted, citing three important milestones:

2. A second milestone will be an opt-in decision by Gilead to co-develop Arcus’ anti-TIGIT antibodies

3. The third milestone is a subset of the second. “We reported very promising data in January from the pancreatic ductal adenocarcinoma trials combining quemliclustat with zimberelimab,” Rosen said. A readout is expected before year’s end.

The decision to grow as a brick-and-mortar, rather than virtual company contributed to Arcus’ ability to move nearly six molecules into the clinic in as many years, Jaen said. “Our strategy was to look at well-known targets that had relatively few molecules in the clinic. That minimized the biological risks and let us identify compounds for development very quickly.” He and Rosen also focused on staffing the company with content experts. Of the company’s 350 employees, approximately 120 are in development.

“Cancer is really multiple different diseases,” Rosen said, so physicians need multiple tools – including anti-TIGIT therapy – at their disposal. A cure is possible in some cases. In others, the right therapy can dramatically improve the prognosis, perhaps even approaching a cure for cancers that, currently, are not treatable.”